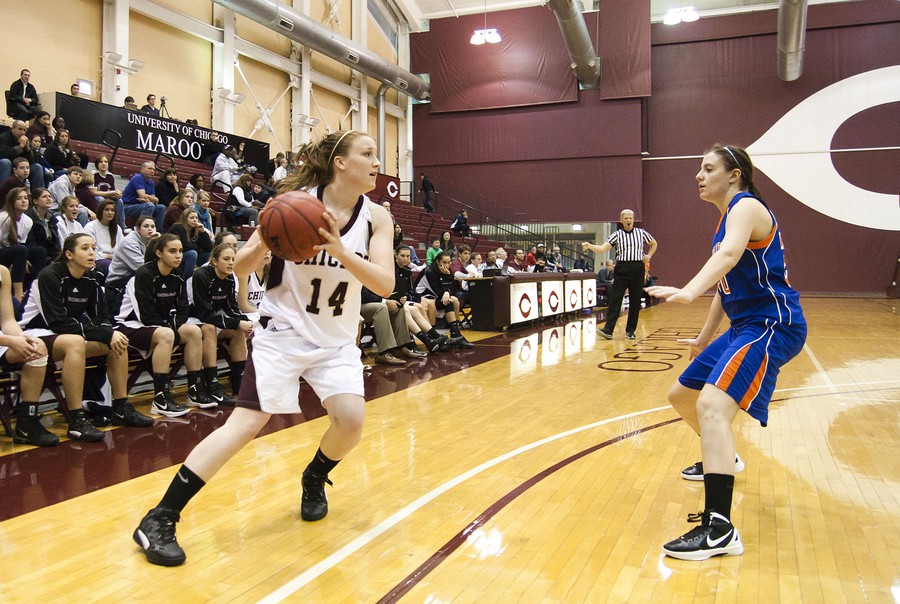 Being one of the best teams in the country can have its downsides. Just ask the Maroons. After decimating a lackluster Fontebonne squad in a 36-point win, Chicago faced a stiff challenge in a MaCalester squad looking to prove that they could compete against the best. For a short while, it seemed that they could.

“Being one the top teams in the nation, we definitely have a target on our back,” said fourth-year forward Morgan Herrick. “For some people, it might be the game of their season, that they’re going to play one of the top ranked teams in the nation. We just have to stay focused and bring our game every single time.”

MaCalaster jumped out to a 20–9 lead early. Fourth-year post player Holly Schiedermayer scored nine of the 20 points for the Scots, taking advantage of fourth-year Morgan Herrick, who just recently came off of her second ACL surgery. She would go on to score 18 points in the first half alone. “I think one of our weak points is our post defense,” said fourth year forward Meghan Herrick. “With Morgan being hurt, she’s our best post defender, I think that our weakness was exposed.”

The Maroons were eventually able to slow down Schiedermayer, limiting her to only six points off one of three shooting from the field. “She just had one of those nights,” said Meghan Herrick. “We couldn’t figure out how to stop her. It was until we started double-teaming her and taking her shot away that we were able to prevent her from scoring.”

“We actually have a very deep bench. They are all offensive threats,” said Meghan Herrick.

“Our philosophy is not just to win, but to dominate,” said Meghan Herrick.

Fourth-year center Taylor Simpson, named the Preseason Player of the Year by Women’s Division III News, had an efficient night, leading Chicago in scoring with 23 points off eight of 11 shooting from the field. She also chipped in eight rebounds. Three other Maroons, Meghan Herrick, Ely, and fourth-year Joanna Torres, also had double–digit scoring nights, scoring 14, 15, and 11, respectively.

“Any given day anyone can score 20 points. That’s the good thing about our offense,” said Morgan Herrick, who transferred to Chicago from Drake last year. “It doesn’t matter who scores. We don’t care who scores. Our offense allows the opportunity for anyone to score.”