PETA picks a bone with U of C debaters 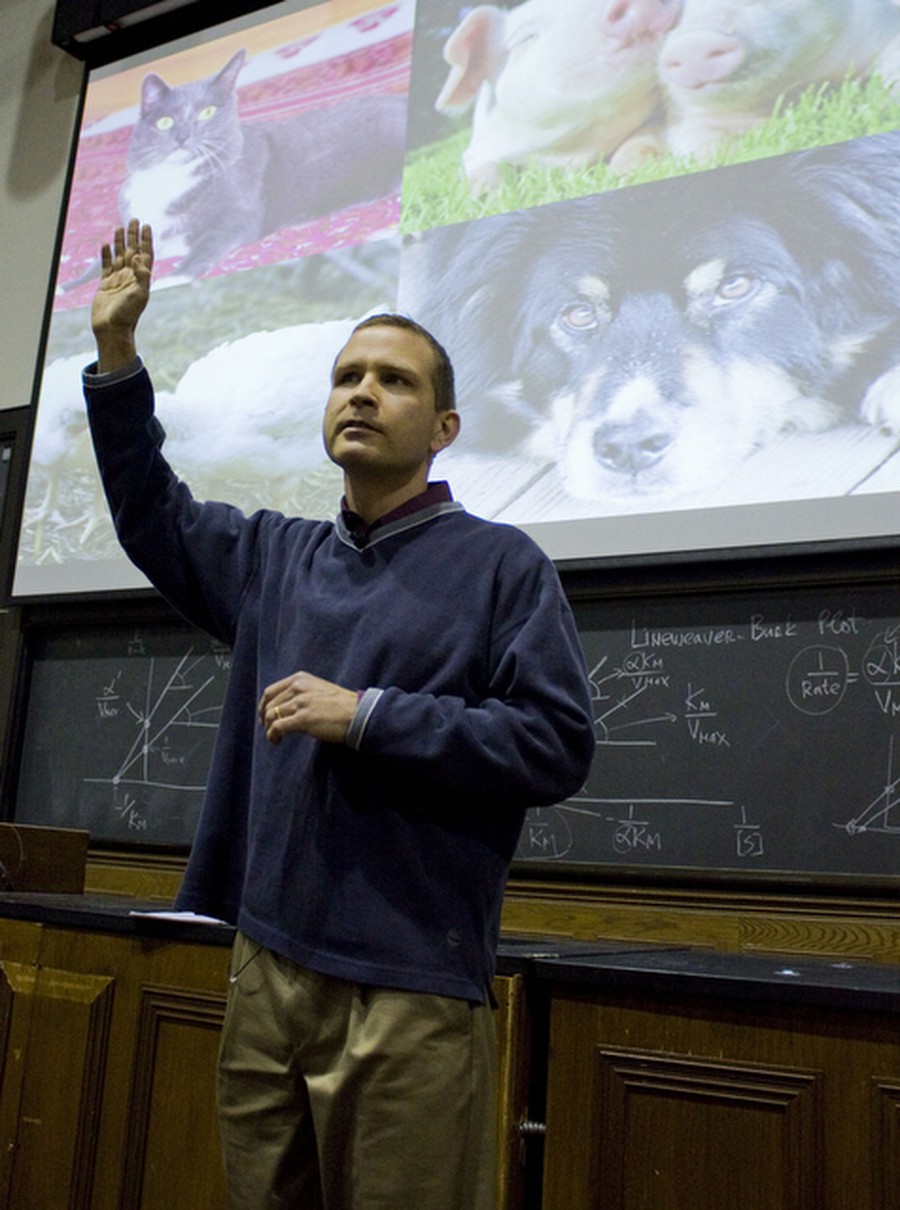 Can you have your steak and eat it too ?

People for the Ethical Treatment of Animals (PETA) Vice President Bruce Friedrich and the U of C Debate Society disputed the ethics of eating meat Wednesday night in Kent. Third-years Paul Wyatt and Ryan O’Holleran represented U of C Debate.

The debate is a part of a campaign by PETA2–the youth oriented branch of PETA–to raise awareness about meat production across university campuses. Friedrich, a veteran debater who has sparred on CNN and MSNBC over issues like the use of animals in circuses and biomedical testing, has visited Harvard, Yale, Princeton, and most recently NYU to persuade students–and campus policy-makers–to question their meat-eating habits.

Friedrich and the U of C debaters agreed upon the flaws and lamentable conditions of meat production, disagreeing rather on the morality of consumption in general.

Fredrich considers the ecological and animal welfare benefits of meatless consumption to constitute “categorical and ethical imperatives to side with the non-meat eaters.”

Wyatt and O’Holleran argued for legislative reform of current industrial standards, but defended people’s ability to consume meat with a clean conscience.

The carnivores likened going meatless because of animal cruelty to going naked because of sweatshop conditions. They said eating animals can be done in an ethically sound manner and is morally acceptable if the animals are treated well in life. “We challenge the assumption that death is inherently bad. Existence is better than nonexistence,” Wyatt said.

Friedrich countered that “the best of the best” of humane farms, like Virginia-based organic producer Polyface, are still inadequate, where he said that conditions are drastically better than in industrial farms, but where slaughtering remains painful and cruel. “The question is, would you want to spend an afternoon slicing animal’s throats open?” he said. “If you found that hard to watch, then you ask yourself, where is the integrity in paying someone to do that sort of thing on your behalf?”

His PowerPoint included videos of factory farm and slaughtering conditions that depicted de-beaking and castration, as well as statistics, quotes from Socrates and Paul McCartney, and pictures of his own pets.

Deeming these tactics as “pathos-laden,” O’Holleran instead focused on the “principle of whether or not it is ethical to eat meat,” rather than the process that goes into it, considering Friederich’s speeches “observations, not arguments.”

In addition, the pro-meat side insisted that eating meat is natural and necessary. Species preservation, according to Wyatt, is an overlooked benefit to meat consumption. “If you accept vegetarianism instead of eating meat, we have no more reason to keep these animals alive,” Wyatt said. “Cows will die regardless, either under human care or in the classic wilderness eaten by predators.”

Friedrich criticized the U of C’s dining standards, considering Aramark’s suppliers “the worst of the worst.” He cited how U of C’s eggs still are produced in battery cages, a practice that places chickens in individual wire cages and that Friedrich considers the least humane conditions for any animal in the meat industry.

“If the students agree that we should be working toward more humane treatment, then the University of Chicago should drop their current dining services provider and switch over to Bon Appetit,” Fredrich said. “Many other campuses have gone completely cage-free for eggs, which would be the barest of bare minimums. The University of Chicago is way behind the curve.”

O’Hollaren and Wyatt agree that alternatives to factory farmed meats would be preferable, similarly agreeing that benefiting the environment and minimizing cruelty are ethically good.

What an individual eats, both sides concur, should be more than palate preference. As for who won, that’s hardly the meat of the issue.