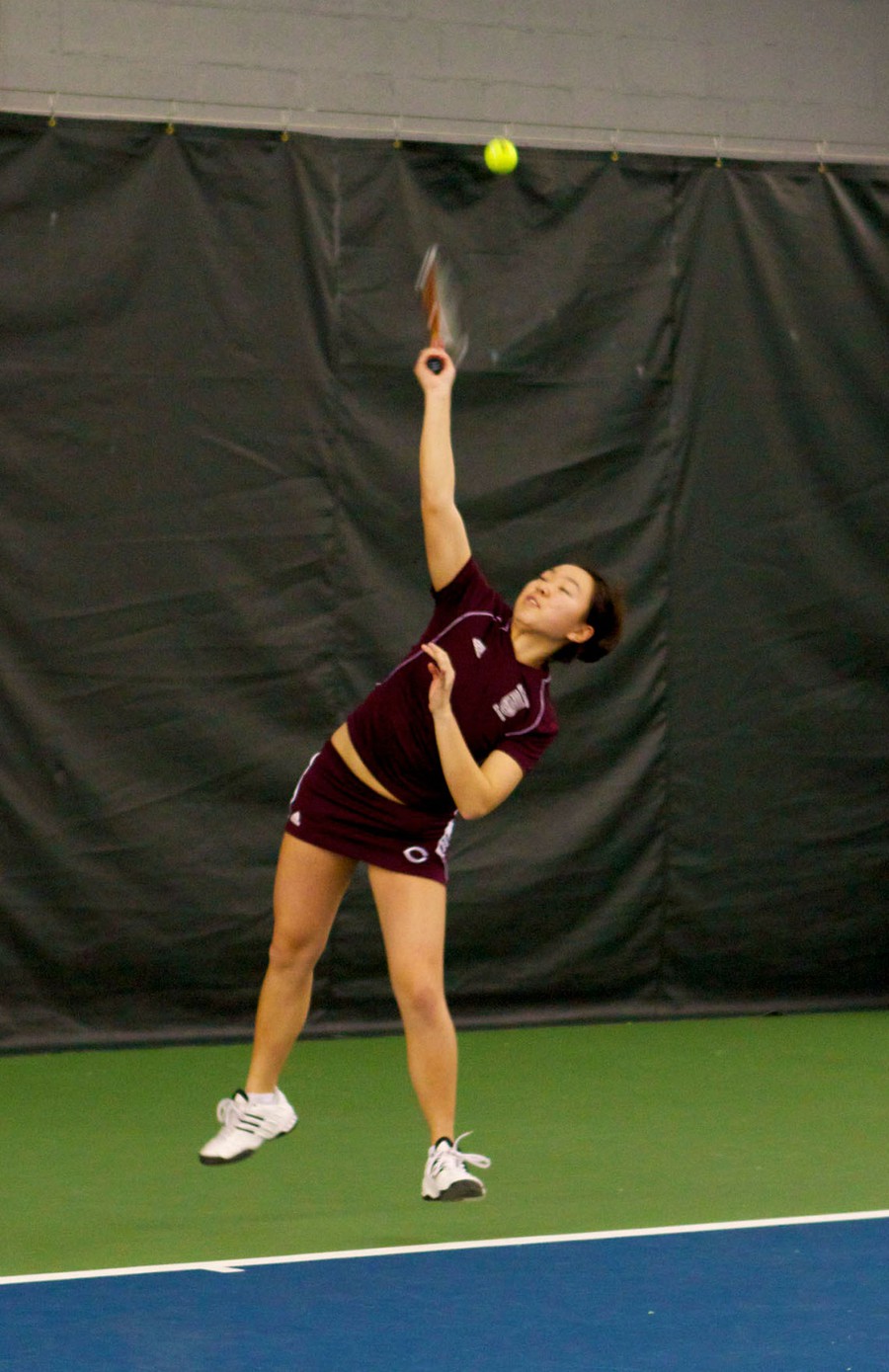 Chicago (4–1) handily defeated DePauw on Friday before suffering their first loss of the season to D-I UIC on Saturday. The Maroons crushed DePauw 8–1 and fell to UIC 5–2.

“I thought we played pretty well against DePauw,” fourth-year Jen Kung said. “Kendra and Carmen were particularly solid in doubles and singles. Kelsey and Megan had a tough match at three doubles, but both bounced back in singles.”

“The matches were not easy; we had to work our points and be patient,” first-year Megan Tang said. “However, this strategy helped us all win our singles matches.”

In doubles, Higgins and VacaGuzman defeated their counterparts 8–3; Li and Kung won 8–6; and McGillis and Tang lost 8–6.

“Overall, it was a tough match and was well fought by both sides,” VacaGuzman said. “They are a solid team with 15 straight conference titles, yet we have talent, fight, and heart. This match however, we needed to believe that we could beat them [in order to win].”

“It was really close and we should have won but they pulled out the 8-6 victory,” VacaGuzman said. “It was little mistakes and a point here and there that made the difference.”

“I think the 5–2 score shows just how close we were to knocking off this team,” Kung said. “Even though we were swept in the doubles, we had chances in all three of those matches. It’s disappointing to know we were so close to beating a very good D-I team, but this match showed our team what we’re capable of achieving.”

With the ITA Championships in March quickly approaching, the Maroons cannot waste any time preparing for the tournament.

“We’re the number one team in our region, so it’s great to compete against the top teams in the other regions,” Kung said. “Playing against other top teams gives us excellent opportunities to prepare for UAAs and NCAAs. Indoors will give us our first look at some of our top competition this year. The tournament will also give the [first-years] on our team their first look at what the top D-III teams play like.”