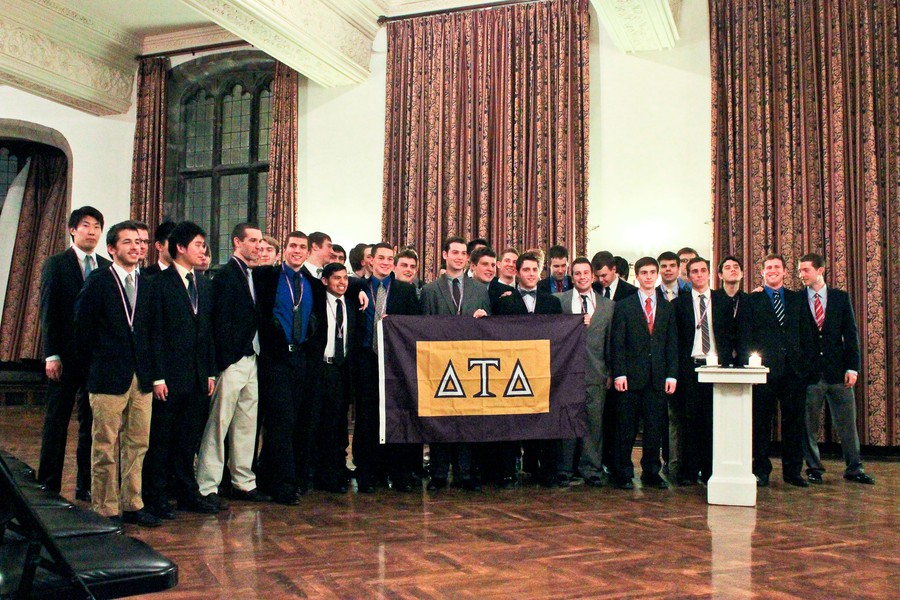 Forty-three men were officially “installed” into the Delta Tau Delta (DTD) fraternity at a ceremony in Ida Noyes Hall last Friday evening. The ceremony was the end of a quarter-and-a-half-long recruitment process that culminated in a new fraternity on campus.

At the “installation,” a representative from the national DTD headquarters lauded the group’s academic accomplishments. The group at the U of C has a cumulative GPA of 3.42, meaning that once they are officially chartered, they will be in the “upper echelon” of other established DTD charters around the nation.

“This is a pretty impressive group of young men,” James Russell, Chief Executive Officer of DTD, said at the initiation. Russell traveled from the fraternity’s headquarters in Fishers, Indiana, to attend the ceremony.

Among the 120 guests in attendance at the ceremony were the sisters of numerous sororities on campus, who were awaiting the results of a three-week-long recruitment competition. DTD recruiters offered $250 in philanthropic giving to the sorority that could refer the most new members to the fraternity.

Delta Gamma gained the most points and received the money for their charity, Service for Sight. According to a DTD representative from headquarters, the race was “by far the closest sorority competition [they have seen] on any campus.”

For many initiates, DTD offers a unique alternative to the already established fraternities on campus.

“I think as an organization we offer something different,” third-year and DTD Social Chairman John-Reynold “JR” Lopez said.

The chapter at the Illinois Institute of Technology also attended and partook in the installation ceremony.

“The men from that chapter are excited to help the group from UChicago with anything they may need while getting their internal structure set up,” DTD chapter consultant Doug Russell said.

Doug Russell also dispelled rumors that DTD would be a fraternity exclusively for members of the University’s baseball team.

“While there are members who are on the baseball team in the colony, they make up less than a third of the membership,” Russell said. “The men who joined this colony joined because they want to be members of Delta Tau Delta.”