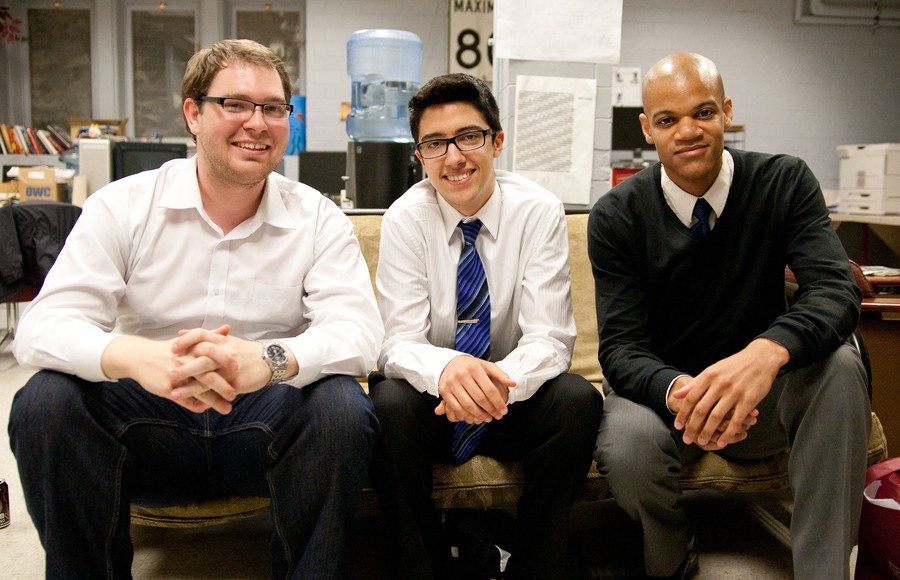 With a wealth of college and graduate experience behind them, the Connect slate wishes to enhance communication and cohesion on campus through a five-point action plan of new and improved policies.

An unusual combination of candidates that bridges the College and Law School, the slate hopes to connect students with more resources, from graduate students for career advice to funding options for RSOs.

Renard Miller, the slate’s candidate for president and a second-year law student, plans to provide undergraduates with graduate students as resources through quarterly social events and working with CAPS, and more thorough integration of the Graduate Council and College Council meetings, both of which he currently attends.

“We’re not as far away as the Midway makes it seem,” said Miller, who currently chairs SG’s Graduate Council.

First-year Yusef Al-Jarani and College Council (CC) member, who is running for vice president of student affairs, emphasized increased SG accountability, which he plans to accomplish through giving each SG member an individual webpage to report their own progress and that will contain a section for students to provide feedback.

“They can see who’s really putting in time to serve them and who’s not,” he said.

Miller and third-year Douglas Everson, the slate’s candidate for vice president of administration, also want to increase students awareness of all the funds and other resources currently available to them, and see what needs to be added or discarded.

“We want to be a liaison between students and all the things they are already paying for,” Miller said.

Everson, who currently serves as chair of the Student Government Funding Committee and as a CC representative, also pointed out that SG is constantly adding new funding options, like the Community Service Fund added last year, and is now pushing for an increased Sports Club Fund.

Al-Jarani hopes for more student involvement in making SG policy recommendations. His plans possibly will encompass an online survey option that allows students to give preferences on current or potential policy when they login to the MyUChicago website.

“Hopefully by the end of next year we will have set a precedent for communication,” he said.

In addition to addressing concerns like transportation and safety that affect the student body at large, Miller will also bring graduate issues, like child care and regular forums with President Robert Zimmer, to SG’s attention, as graduates comprise two-thirds of the student population.

The slate also said they bring a lot of experience and realistic thinking to the table.

“We put a lot of effort into not just what a great idea would be, but how to accomplish that idea,” Al-Jarani said.

“There’s so many more things you can do when you know how it all goes together,” Miller added.

Connect is running against ChicagoSpirit and Moose Party.