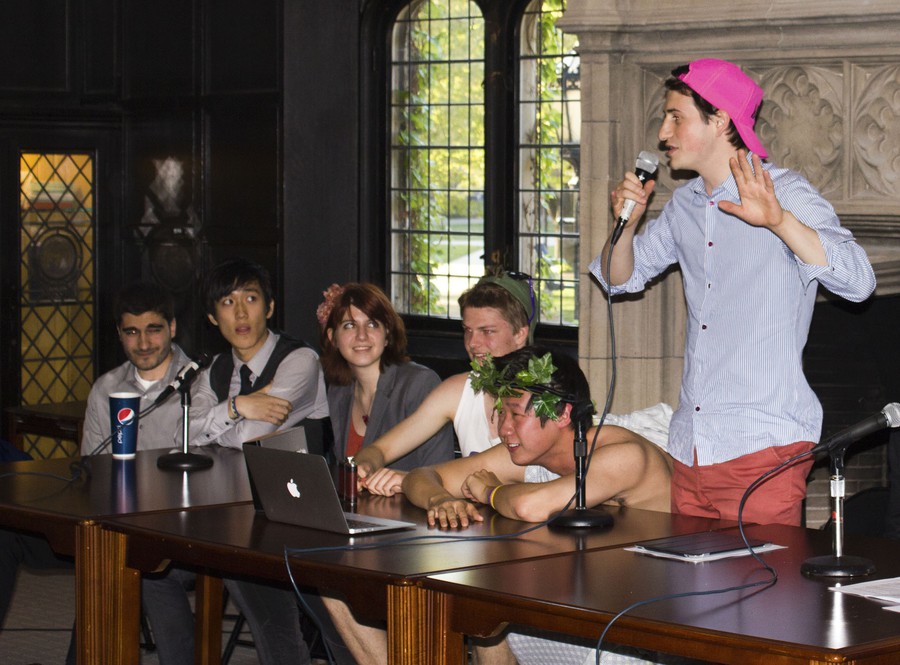 Candidates vying for some of the highest positions in SG faced off over transportation issues and the feasibility of their proposed platforms at a debate Tuesday evening.

Both ChicagoSpirit and Connect, the two slate frontrunners, claimed that they represented the diverse interests of the student body. Connect, whose three candidates all currently hold SG positions, argued that their experience with SG, in addition to experience with student life, gave them particular knowledge to navigate the administration.

ChicagoSpirit, on the other hand, said that their general experience with RSOs gives them a unique advantage to describe the views of students.

“There are certain things at this University that are feasible, there’s no point in focusing on things that are not,” he said.

ChicagoSpirit said that SG had a responsibility to address the impending absence of SafeRide, the number one issue of the slate’s platform.

“If you’re telling me that no solution for keeping students safe is feasible or affordable, I’m really troubled here, right. And I think that SG should be heading whatever it is that is that solution,” second-year Ben Yu said. The slate also wants to improve WiFi service, which they said could be spotty on different locations on campus.

The Moose Party, comprising representatives of the fraternity Delta Upsilon, campaigned for self-proclaimed unrealistic goals, including vodka taps in place of water taps, a trailer park on the Midway, and replacing water bottles and T-shirts handed out during O-Week with flasks and tank tops. The Moose Party, which has lost 18 years in a row, incited many rounds of rowdy cheers and dancing.

The debates for undergraduate and graduate liaisons to the Board of Trustees and community and government liaison then began as most of the Moose Party crowd departed.

First-year Raymond Dong and second-year Grace Park, candidates for community and government liaison, both declared their desire to work within the community and to combat homelessness. Dong cited his experience as a student representative this past year and his work to create a program called “Swipes for the Homeless,” a project that would work to utilize U of C students’ unused Maroon dollars toward helping the community.

Park discussed her five-pronged platform of service, integration, accessibility, transparency, and action in relation to increasing contact between U of C students and the community, while also working to make diverse student interests heard. Both mentioned that they wish to increase the scale of U of C service days.

Last to the metaphorical podium were the candidates for the undergraduate and graduate liaison to the Board of Trustees. The three undergraduates sought to illustrate their composure and knowledge of the role. Third-year Tomás Alvarenga, who temporarily served as the undergraduate liaison last quarter, discussed his previous experience; third-year Chet Lubarsky cited his communication skills; Rohan Manthani, who is running with Dong, highlighted his dedication to the position and communication abilities.

Second-year law student Osama Hamdy, the only candidate for the graduate student liaison at the time of the debate, said he would consistently stand up and voice the concerns of undergraduate and graduate students alike.

SG elections begin Tuesday at 9 a.m. and end on Thursday at 5 p.m. Students can vote at www.sg.uchicago.edu.