The unbearable lightness of Andrew Bird 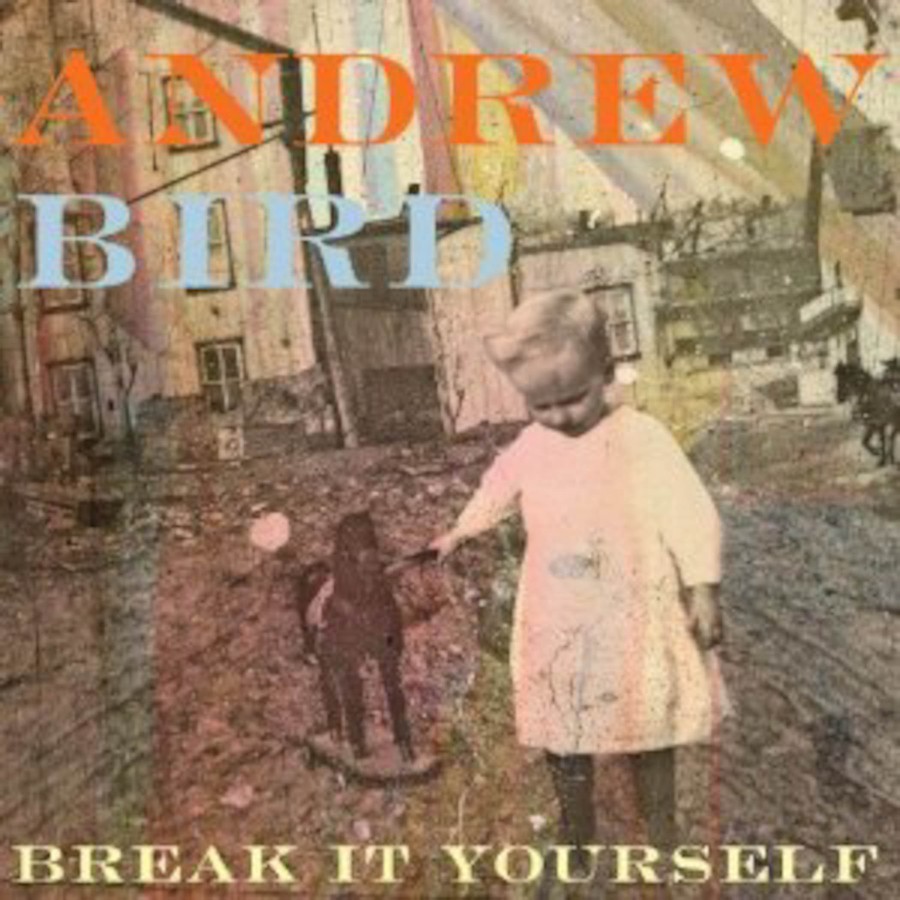 Like a mid-class doze on one of the recent unseasonably warm days, Andrew Bird’s latest album Break It Yourself exists somewhere between wakefulness and sleep. Snippets of song and atmospheric instrumentals weave among clever, never-too-heavy lyrics, which are as much an expression of the spring as is the invitingly balmy climate.

Released earlier last month by Mom+Pop records, the album shows the prolific whistler, violinist, and singer reaching at once backward, into the traditions of country ballads, and forward, into ambient music, all in the context of an easygoing suite of folksy tunes. The hazy start of the opening song, “Desperation Breeds…” develops into a quiet track about bees. Pizzicato notes on Bird’s violin, bouncy and light, join gentle percussion, evoking the insects’ signature sound.

More substantial songs follow, like the country-folk “Danse Carribe,” in which Bird’s famous melodic whistling joins his rousing violin. Other tracks, like “Lazy Projector,” echo this country sound. However, the slow melody begins to lag, and the repetitive percussion doesn’t help move the song along, despite Bird’s virtuosic whistling.

Fortunately, the lively “Eyeoneye” breaks through the otherwise-lumbering ballads, with Bird displaying not only a talent for looping and effects, but also a powerful, emotive voice. Combined with danceable drums, his lyrics, which include a pun on “ionize” and the album title, make for the most exciting track on an otherwise calm album.

The remaining songs complete the lilting sound of the album. There’s “Sifters,” a nautical-theme expression of love in which Bird sings over constant arpeggios from a muted guitar. A female singer joins Bird on another seafaring track, “Lusitania,” and the two perform an effective duet. However, the many similarities in melodies between these songs—and the rest of the album—render it repetitive as a work. Standing alone, the summery ballads might be striking, but they become dry with lack of variation over the course of Break It Yourself. Bird offers much in terms of instrumentals, but his vocals are staid.

The atmospheric “Hole in the Ocean Floor” offers a contrast to the straightforward early tracks. Bouncing pizzicato notes flit in and out of low violin drones, here layered into an ensemble, and are joined after a while by Bird’s voice, which also weaves in between the instruments. Though it is the longest song, it also has the fewest lyrics. The ambient instrumentals shine here: Bird shows his ability to sustain a song with little melody but much texture. Electronic effects blend seamlessly into the acoustic instruments, and the vocals become part of the violin as the whistling disappears into the drones.

The song fades, but it wears a rhythm in the listener’s mind, like the ocean mentioned in its title; it closes as gently as it begins. When the final instrumental-only track, “Belles,” starts, you feel that you’ve awoken from a warm slumber. A return to Break It Yourself’s dreamland will always be pleasant, and Bird will be there to welcome you in. As the ambient crickets sing in “Belles,” it seems that summer is just around the corner.