One Last Chance as South Siders battle for National spots 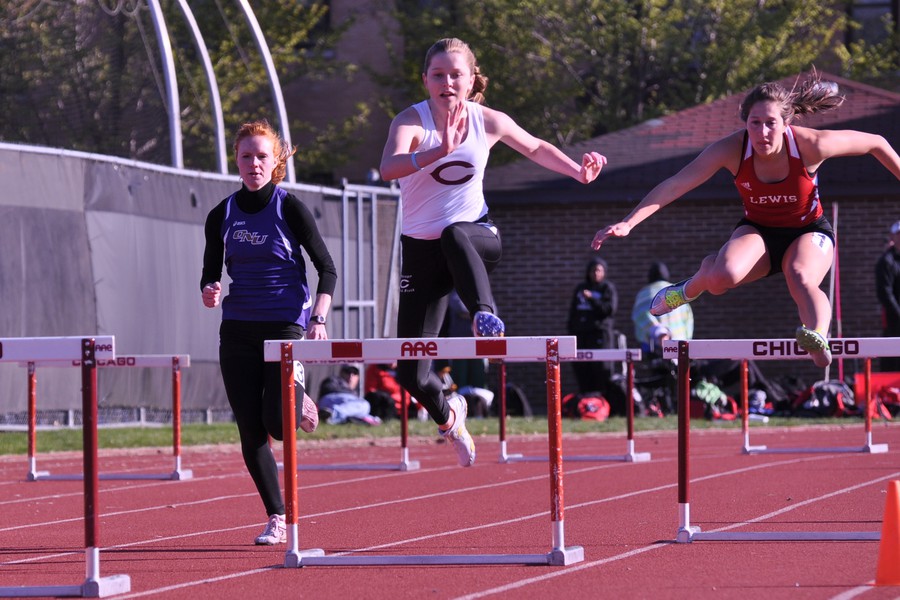 The Maroons headed to the North Central Last Chance meet in Naperville yesterday—their last invitational before the DIII Championships in Claremont, California. The competition concludes this afternoon.

The meet is a last chance for athletes still hoping to qualify for NCAA Nationals. As such, the South Siders can expect this meet to bring more competition than their most recent string of more relaxed post-conference meets.

“This meet will be very competitive,” third-year Vicky Espinoza said. “With people trying to qualify for Nationals and make last improvements for the end of the season, there will be a lot of great runners to compete with out there.”

The most anticipated Maroon performances will be those that make or break National-qualifying positions. Going into Thursday, three South Siders in particular hoped to secure spots at Nationals. Fourth-year Sonia Khan, ranked 39th on the national honor roll in the 10,000-meter heading into the meet, failed to achieve a national qualifying time in the event Thursday night, where she finished fifth.

Third-year Kayla McDonald, currently ranked 38th in the nation in the 800-meter, is looking for just over two seconds to make it in to the top 20, while fourth-year Paige Peltzer—who sits joint 21st on the national honor roll—hopes to secure a spot in the high jump.

For other Maroons, Last Chance provides an opportunity to improve among the most talented athletes in the nation, leaving much incentive for high performance on the track—or, in first-year thrower Kelly Wood’s case, on the field.

“I definitely expect competition to be pretty tough, because most of the athletes are looking to qualify for Nationals,” she said. “For me though, this is a great opportunity to see athletes performing at a higher level and to see what proper form looks like.”

Espinoza, set to compete in the 3,000-meter steeplechase, is similarly focused on her own development at Last Chance.

“I may not be making it to Nationals, but I feel like I still have a bit more to give to the event,” she said. “I hope to see an improvement in my time, especially with such great competition.”

However, regardless of the meet’s outcome, the Maroons hope to end the season on a positive note.

“All in all, we did our best this season and had a lot of memorable track and field performances throughout the year,” second-year Luyi Adesanya said.

The team also hopes to make Last Chance a special meet for the team’s graduating fourth-years, as it will be the last collegiate track meet for many of them.

“There are a couple of girls who can either get into or close to the national meet depending on this weekend, and a number of people who are competing to get personal bests,” third-year distance runner Julia Sizek said. “Most importantly, though, this is a great opportunity to recognize our seniors, who sometimes seem like our siblings and/or parents at the end of the year.”

For Peltzer, Last Chance will be a combination of competitive pressure to achieve a national standard and the sentimentality of saying goodbye to her team.

“I think for the seniors, this last meet together will be a special moment in our career here at UChicago,” she said. “I look forward to being with the team, competing one last time.”