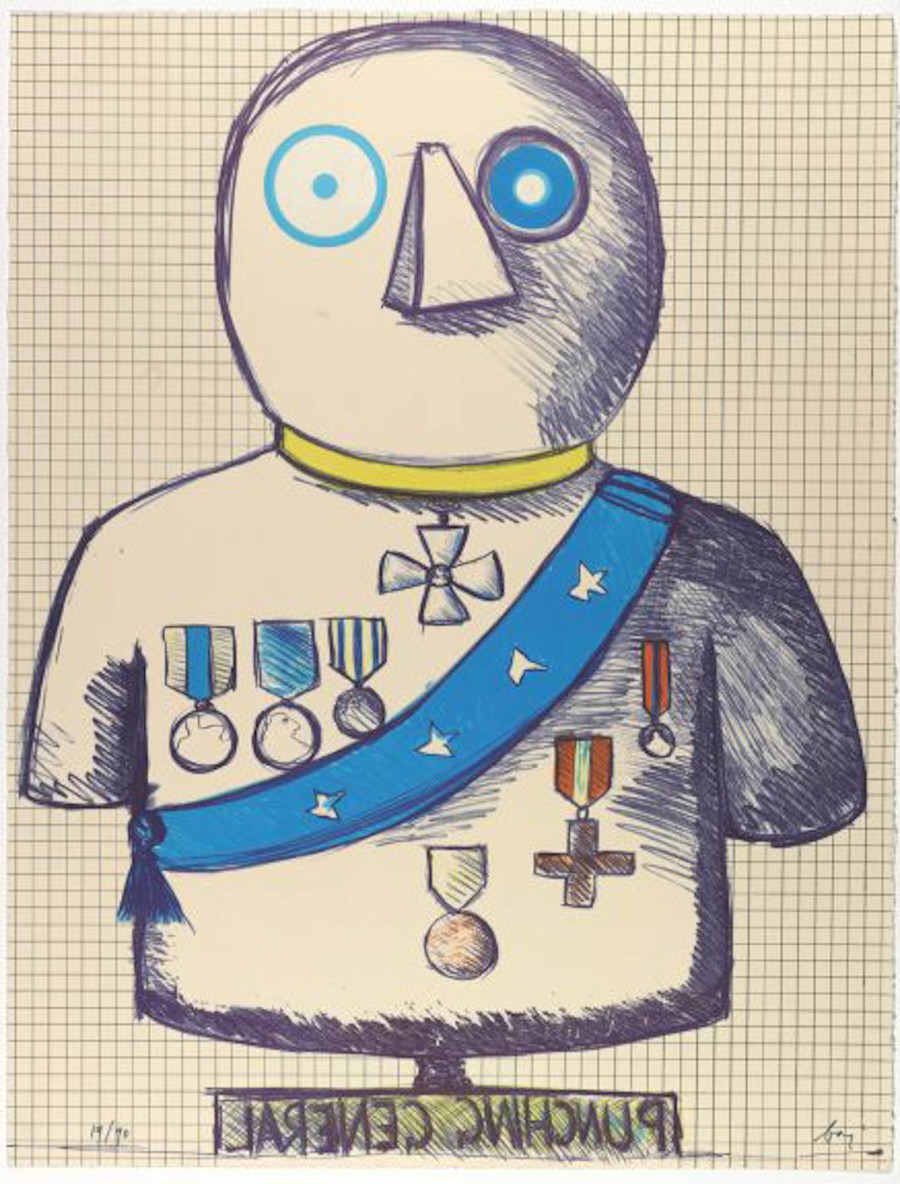 Courtesy of The Museum of Contemporary Art

In today’s cultural world, we rarely consider the simple fact that an art museum has a string of firsts: first piece of artwork acquired or donated, first day open, first ticket sale, first review. Instead, we readily accept these collections of cultural and historical objects as historically solidified institutions accessible to any curious visitor. The Museum of Contemporary Art (MCA) in Chicago recently unearthed the first 50 objects acquired by the museum in the late ‘60s and ‘70s. These objects represent the first steps ever taken by the MCA, before committees were founded or the museum had defined how it would function and acquire pieces of art for its collection. Thus, the First 50 exhibit represents the infant stage of the museum’s development, during which it had no conception of what it was or where it was going, just that this new (at the time) type of contemporary art had to be shown.

The exhibit features, among its 50 works of art, voice recordings of past trustees in which they speak about their roles and conceptions of how the MCA first started to gather momentum as a museum and an institution. It was genuinely an effort on the part of trustees and donors to get the museum’s donation and fundraising momentum going. One of the recordings explains that those in charge of accessioning works into the collection didn’t even really understand what contemporary art was or where it was going, just that it had to be acknowledged and put together.

Of the first 50 pieces, only 19 remain. However, this shouldn’t reflect on the museum’s capability of permanently retaining works of art, but rather its focused determination to create a solidified identity for itself over the past 44 years. The gallery in which the exhibit itself is located is the small northwest corner of the first floor. A cheerful gallery guard greets visitors and excitedly inquires if they have seen the koi fish located on the ground floor. The gallery is completely open, save for what looks like a metal, sliding chain link partition, making visitors feel like they are stepping into the storage locker of the museum or a hidden part of the building not normally seen by visitors. Once inside, the exhibit is arranged chronologically according to when the works entered the museum’s collection, with a small yellow pamphlet to accompany the experience, anecdotally detailing the history behind each piece.

Some of the works are described almost biographically in the pamphlet while others are given no context—sometimes this is because no documentation could be found to explain the work’s connection to the early life of the museum. Other works have never actually been exhibited until now. Others are only depicted by a Polaroid unearthed from the museum’s archives. Additionally, due to the noticeably large empty spaces on the walls of the exhibit (these are further demarcated by black lines that mimic frames and placards with the missing work’s information) visitors can contemplate the organic nature of a museum, its collection and subsequent artistic and intellectual direction, as being grounded in and built by human decisions.

What does it take to get a museum off the ground and open? Where to start? First 50 offers a generous look into the relatively young museum’s ambitious beginnings and offers visitors the unique chance to accompany the museums’ consideration of its own collection and inner workings. This early collection, built mostly from auctions and a few donations, contemplates the function of a museum’s collection. First 50 offers a somewhat romanticized backwards glance at the MCA’s past and elucidates the origins of its reputation as a highly selective artistic institution.