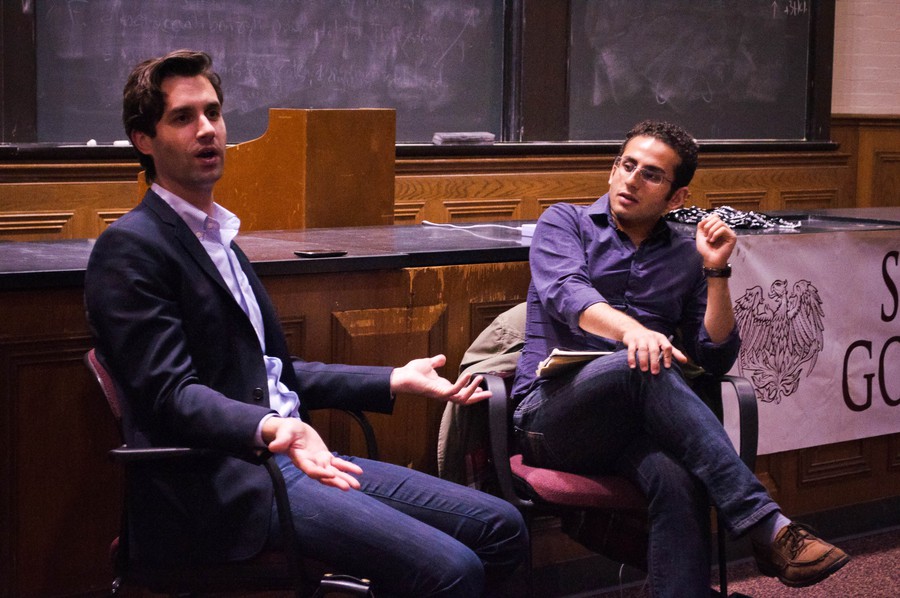 Pulitzer-winning New York Times reporter Jeremy Peters discussed the sweeping trajectory of his career as a political correspondent, from his haphazard encounter with Senator John McCain in 2000 to his recent coverage of political ads in the upcoming presidential election.

The SG–sponsored talk was the first installment of a New York Times speaker series, set to expand next school year as part of the Collegiate Readership Program.

Peters reflected on the state of the journalism industry and shared anecdotes from the presidential campaign trail, claiming that his journalism career was mostly the result of chance.

“It’s often said that it’s who you know, but I think a better way of looking at it is where you are at the right moment,” he said.

Peters himself made the foray into political reporting when he found his way onto Senator John McCain’s campaign bus while it stopped in Michigan during the 2000 presidential campaign.

After college, Peters worked at the Virgin Islands Daily News, a small paper where he was free to cover all aspects of city life, from murders to carnivals. “It was a great little laboratory for honing your skills,” he said.

His experience at the Times began with a stint at the paper’s Detroit bureau, reporting on the Midwestern economy. Since then, he has covered media and advertising, along with New York state politics. He was a part of a team of Times reporters that won a Pulitzer Prize for breaking news reporting in 2009 for chronicling the resignation of former New York Governor Eliot Spitzer following a sex scandal with an escort service.

Peters currently reports on the intersection of politics and media, specifically how campaign ads speak to the political themes of a candidate. Recently, he wrote about President Barack Obama’s economic ads, which featured images of the 2008 economic downturn.

“The idea [of the ads] is that before you go buying into the Republicans’ line that Obama has wrecked the economy, you should remember just how bad it was,” he said.

Peters also discussed working for the Times amid the changing landscape of journalism, noting that despite the fast-changing industry, it has remained relevant because of its versatility.

“It’s an indispensable source of information. The Times has been able to hold onto the things it does best: core reporting, reporting in places that no one else does, and augment that with news-specific online coverage.”