The Bad Plus Logan equals a Stravinsky revival

Following the Hyde Park Jazz Fest, Logan hosts a jazz trio whose drummer remarks, "This band contains some of the most punk energy I've ever seen or felt as a musician." 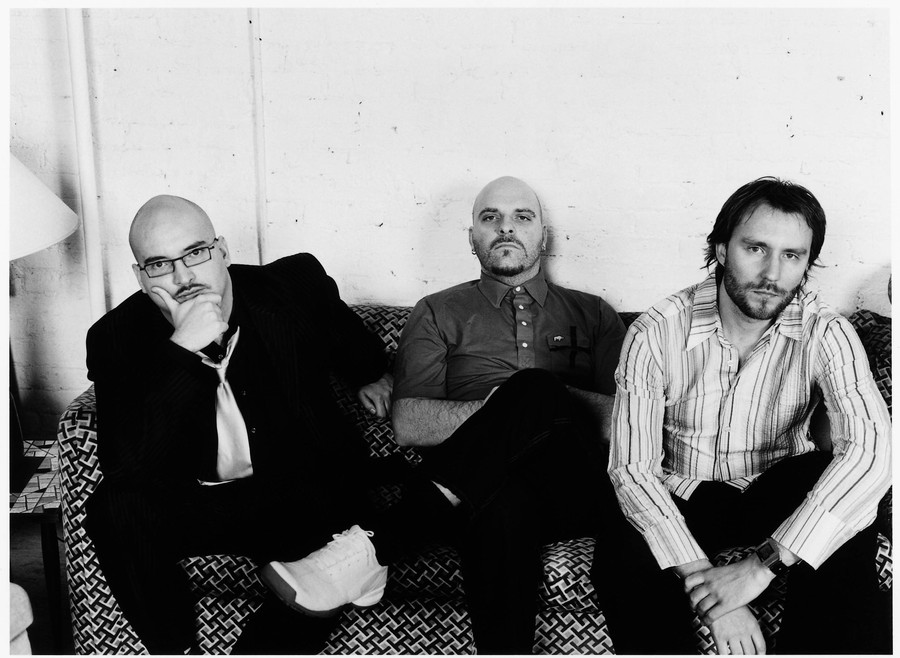 Eyebrows around the metro area are already rising: How can a jazz series start with Stravinsky? Riots erupted on the streets of Paris after the first performance of Stravinsky’s Rite of Spring in 1913, and this Friday, The Bad Plus brings the madness to the South Side to kick off the inaugural University of Chicago Presents: Jazz at the Logan series.

Let me start by saying that The Bad Plus is no easy-listening, rainy day, lazy morning, Sunday coffee, fuzzy sweater experimental jazz trio. Its music demands to be the focus of attention, and it frequently demands to be loud. The only similarity between The Bad Plus and a Starbucks jazz compilation is the trio’s ability to make you feel like you’ve just pounded four shots of espresso.

Stravinsky is no walk in the park either. In the words of Philip Huscher, the program annotator for the Chicago Symphony Orchestra, “Rite of Spring is as tight and shrewdly paced as a Hitchcock thriller; it still leaves audiences gasping almost a hundred years after it was written.” Though some of Stravinsky’s rhythmic innovations are lost on contemporary listeners who have experienced the outpouring of modern music that followed his composition, the sheer power of Rite of Spring simply cannot be tamed—and The Bad Plus has no desire to try. In general, the group’s music has positively explosive emotive power. Not that it is in any way unsophisticated, but the music feels primal. It transforms instantly from note to sound to emotion, stirring an uncanny desire within to start jumping up and down wildly like an adherent in a pagan ritual.

The trio of Minneapolis natives—bassist Reid Anderson, drummer Dave King, and pianist Ethan Iverson—officially formed the trio in 2000 after attending the same junior high school. Perhaps this explains why their early track lists read a bit like an angst-fueled garage band’s, with covers of rock groups like Nirvana, Black Sabbath, and the enigmatic cult favorite Aphex-Twin. But the tracks themselves could only be described as adolescent if you grew up with child prodigies. Besides, that was 13 years and eight albums ago.

Fast-forward to 2012, when The Bad Plus released Made Possible, a jazz album in the vein of such earthshaking works as Dave Brubeck’s Time Out. Made Possible marked an interesting moment for The Bad Plus; the album only features one cover, “Victoria” by jazz legend Paul Motian, but also presents a polished studio sensibility. They paired studio tricks, like placing forks and spoons in between strings of the piano and dampening the distinctive “tap” of the snare drum with a roll of duct tape, with multiple instrument tracks, electronic effects, and at a few points even a drum pad. The result is a flurry of sound that is both highly technical and spectacularly layered.

Take, for instance, the phenomenal “Seven Minute Mind” composed by Reid Anderson. The track begins with a pulsating, frenetic beat and minimalist piano work that pounds its way into your very capillaries. Halfway through, Iverson opens up the keyboard; his fingers cascade up and down the keyboard, creating an exquisite shimmering, and Anderson and King give the track new life with crashing cymbals and throbbing bass lines. The track finds its conclusion among frantically switching time signatures and mind-bending rhythms. A final key change rings the death knell as the instruments float apart from each other, coming to their individual resting points. The result is something between the most interesting song you’ve ever heard and a religious experience.

Considering The Bad Plus’ focus on complex rhythms and self-titled “avant-garde populism,” it isn’t really surprising that the trio now turns to a piece that Stravinsky famously could play on the piano long before he could find a way to write it down on paper. He eventually managed to fit the protean beast on the page with such maniacal time signatures as 3/16, 5/16, and 1/32, but it still only comes to life pounded out on the stage with blood and tears. Despite the technical difficulty, there is something intuitive about the piece that matches the group’s work.

In the wake of Made Possible, Rite of Spring also allows The Bad Plus to turn the spotlight on live performance where the musicians’ incredible chops and passion for music can unfold in real time with twinges of punk rock stage tactics. Pianist Ethan Iverson is known to use his nose and other parts of his face to pound extra notes as his hands play the upper and lower registers of the keyboard.

Drummer David King, who also moonlights with the dreamy electro-pop group Halloween, Alaska and the noise band Gang Font, sums up the trio best: “This band contains some of the most punk energy I’ve ever seen or felt as a musician—it just doesn’t need to do it so obviously. That’s our statement. It’s a complex emotion.”