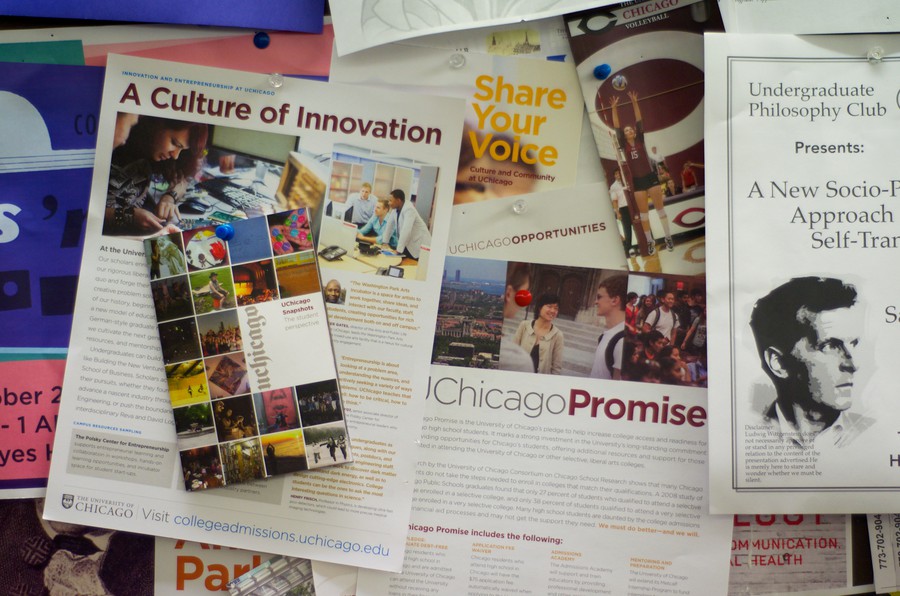 Several high school students and parents have raised concerns that the Office of College Admissions’ mailings have been incessant and potentially futile.

For example, one high school student wrote on a UChicago College Confidential thread for the Class of 2018: “I’ve gotten mail from them since I first took the PSAT sophomore year.... I literally got a short novel from them a few months back, and I also haven’t even demonstrated interest in the school.”

On the same thread, a parent weighed in on the debate.

“My daughter has also received tons of stuff from Chicago. We have tried unsubscribing but it just keeps coming. This school would be a long shot for her and she isn’t interested. I can’t help thinking they are trying to boost their selectivity numbers by getting students to apply then reject them.”

University spokesman Jeremy Manier said that the Office of College Admissions targets its mailings to students who have expressed interest in the school.  He claims that much of the informational material goes to high school students who specifically express interest on the UChicago website or on standardized tests.

“In our materials, we aim to try and communicate a bit more of the UChicago experience to students (or parents) who may find themselves a good fit for our programs for a variety of reasons, but may not be able to visit campus,” he wrote.

For some current students, admissions material was the tipping point in their decision to come to UChicago.

“Chicago was the only school that sent information about the school. Other schools had you attend information sessions, or go to their campus, but they would never send you stuff,” first-year Andrew Xue said. “After reading through all of the material UChicago sent, I realized it was an awesome school.”

First-year Sean Morrissey also said he was influenced by the mailings to come to UChicago. Looking at the bigger picture, Morrissey believes the uptick in mailings has allowed admissions to reach a broader audience of potential applicants.

“I think that admissions is branching out so that they can find the best minds from all around, not just from the Midwest, East Coast, or West Coast, but the perfect blend of students,” he said.

This year’s early action admissions deadline has been extended by one week to November 8, due to glitches in the online Common Application. Decisions will be released mid-December.

Nondorf was not available to comment for this article.