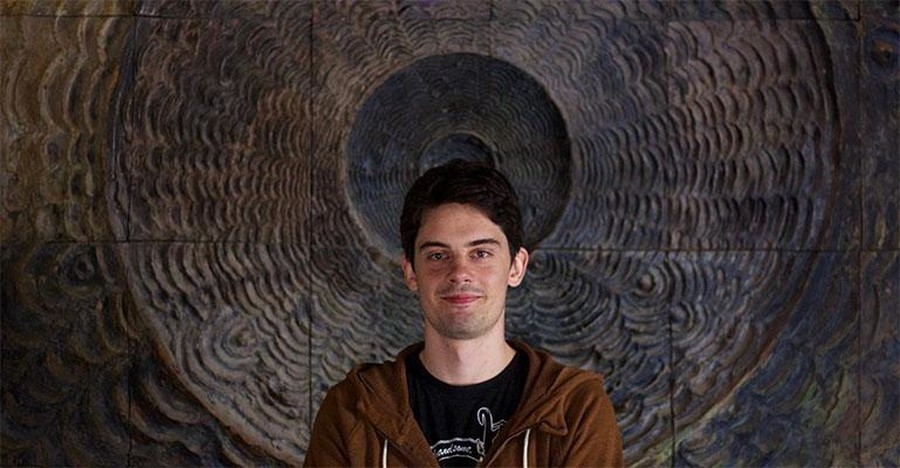 Millions of different types of microbes call Earth home, in places as diverse as the deep blue ocean and the human gut. Sean Gibbons, a third-year graduate student in the biophysical sciences, is determined to uncover the essential ingredients that drive the evolution of these microbial communities in different habitats.

“Philosophically, they are the elders of life, and they are the muscles of earth. They transform the earth’s crust, they create the continents, and they turn over all the nutrients in the ocean and in the sky,” he said.

While eukaryotic organisms such as animals, most plants, and fungi largely rely on sugar molecules as sources of energy, bacterial organisms can consume non-organic compounds as energy sources, which allow them to survive in unconventional habitats.

Gibbons fell in love with the world of microbiology when he first encountered it during his undergraduate studies at the University of Montana, where he triple-majored in cell biology, microbiology, and French with a minor in chemistry.

At UChicago, Gibbons is studying under Jack Gilbert from Argonne National Laboratory and geophysical sciences professor Maureen Coleman to develop a computational model to study the complex interactions within different microbial populations. While an individual microbe can have its own unique behavior, a community of microbes can display a new collective behavior. The collective behavior of a microbial community can change with disturbances in the environment, and vice versa.

The results of their research may have important implications in human health. In collaboration with Eugene Chang, the Martin Boyer Professor of Medicine, Gibbons and Gilbert are looking at the effects of microbial communities in guts that affect obesity. In an experiment they conducted, when sterile mice were fed with fat, they remained thin, whereas when mice with a certain mix of microbes were fed fat, they became obese.

In the end, Gibbons hopes to find a general “rule” that can explain the rise and fall of microbial species in a given population that is faced with an environmental perturbation, which will allow scientists to predict and formulate the collective behaviors of microbial communities.