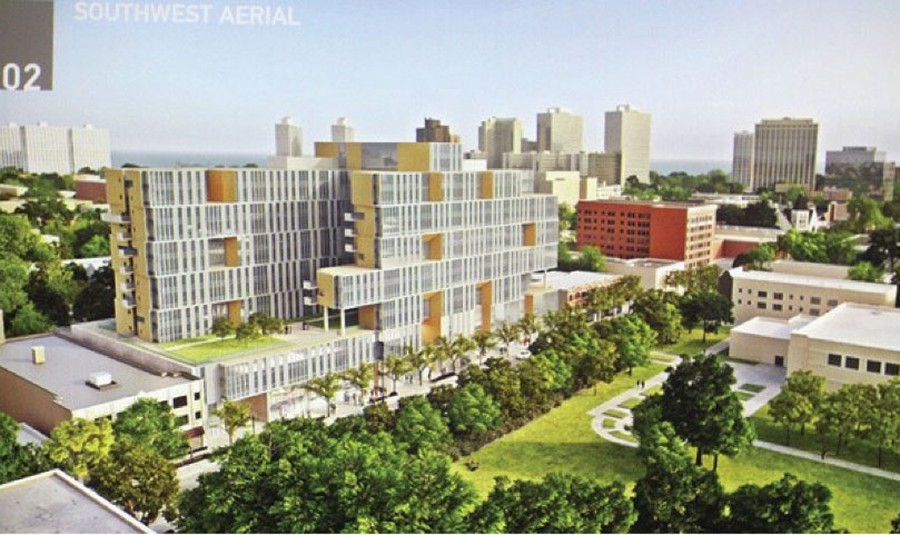 The 53rd Street Tax Increment Advisory Council formally received a long-planned proposal for a new high-rise apartment complex in Hyde Park on January 30 this year. Set for construction beginning in 2014 and ending in fall of 2015, the building will be thirteen stories tall with 30,000 square feet of space on the ground level. Once completed, the building will house 267 apartments along with a ground floor intended for retail locations.

Located at 1330 E. 53rd Street, the complex will replace the Mobil gas station and Hyde Park Mobil Car Wash, which are scheduled to be demolished later this year. The University has contracted the actual construction and development work on the site to Mesa Development LLC.

According to Calmetta Coleman, Director of Communications for Civic Engagement, while the plans for the complex have only taken shape in recent years, plans to improve the real estate of the area have been in the works for much longer.

"The proposed development... is part of broader ongoing efforts to redevelop the 53rd Street commercial corridor," she said.

The University, which owns the property on which the building will be constructed, has been meeting with the City of Chicago along with Hyde Park community members and public officials since 2007 in order to find new means of economic development for the area.

"During those meetings, members of the community shared input on the kinds of businesses and amenities they would like to see on the street, and that input has helped shape redevelopment," Coleman said.

In addition, Coleman said that the apartments would be rentals available to University students. She did not provide any information on whether the University's ownership of the property would affect the availability of apartments for students.

The groundbreaking is scheduled to take place next January.