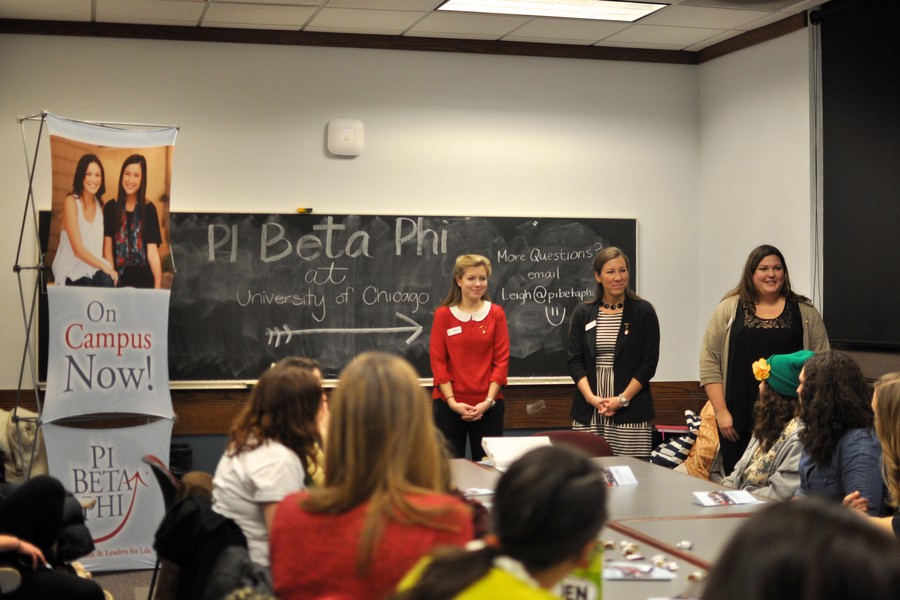 Although students had specifically expressed interest in a new sorority on campus, Pi Phi national headquarters cancelled the establishment of a UChicago chapter, or colony, of the sorority after it could only recruit 31 members last quarter, according to a statement on the sorority’s Illinois chapter website. Given that the three preexisting Panhellenic sororities (Alpha Omicron Pi, Delta Gamma, and Kappa Alpha Theta) each have approximately 120 active members, Pi Phi “could not in good conscience form a colony [as it] would be unable to deliver the exceptional member experience [of] Pi Phi,” the statement said.

Pi Phi is used to “just dropping into big, state schools…[and] having girls flock to them,” Musielewicz said. Headquarters didn’t realize that more work to publicize and recruit would be necessary to successfully establish a sorority in a social environment like UChicago’s, she said.

After headquarters decided to abandon their efforts, the students who had already committed to joining Pi Phi took the initiative to publicize the group via social media, informational meetings on the sorority, and direct conversations with girls interested in Pi Phi.

Within two days of Musielewicz posting about Pi Phi recruitment on Facebook, she had nearly 50 girls express interest in recruitment. After the initial recruits were able to bring the number of girls interested to 96, headquarters decided to resume their efforts.

The UChicago Panhellenic Council, a collaboration of representatives from each sorority on campus, also took an active role in promoting Pi Phi and wrote a letter to Pi Phi headquarters.

“Panhell[enic] did things like mak[e] extensive announcements in our individual sorority meetings, recruit and refer women we thought would be a great fit for Pi Phi, and…help advertis[ing] efforts through Facebook and forwarding e-mails to listhosts to recruit members,” third-year and Kappa Alpha Theta President Steph Mui said in an e-mail.

The emergence of Pi Phi is one effect of an increased interest in Greek life among students. According to Mui, Theta has roughly doubled in size since she went through recruitment two years ago. Delta Tau Delta (DTD), a fraternity, established a UChicago chapter last year. According to second-year and DTD Internal Secretary Nick Rekenthaler, DTD, like Pi Phi, encountered difficulties.

Recruitment weekend for the new sorority will be held February 8–10, and official initiation has been scheduled for April. An information session for those interested in recruitment was held yesterday and one will again be held today. The number of girls asked to join will depend on how many spots Pi Phi headquarters allots the UChicago chapter.

Musielewicz says the difficulties Pi Phi encountered turned out to be the best thing that could have happened to the sorority.

“It actually brought our entire group together to work hard, to organize, to get closer, [and] to prove our dedication,” she said.