Donald Liu drowned last August after saving two children swept out into Lake Michigan. He was survived by a wife, three children, countless patients, and the next generation of pediatric surgeons at Comer’s Children’s Hospital.

Hospitals tend to be sterile, hectic places. There’s really nothing anyone can do about it. The nature of the work always comes out.

Comer Children’s Hospital, tucked into the southwest corner of the University’s Medical Campus, does make the effort. Rocking chairs, video games, cartoons flashing from TV screens, all help remind visitors that this glass-and-steel space at the intersection of 59th and Maryland is devoted to kids.

But one section of the hospital, the pediatric surgery department, defies all window-dressing. It is one of Comer’s fastest-paced wards. Doubling as a Level 1 Trauma Center for children, it has to be operational 24 hours a day, seven days a week. Being the only center of its kind on the South Side doesn’t bring surgeons any extra calm, and every year more than 35,000 children are treated here for problems ranging from acute illness to gunshot wounds. It’s delicate work, operating on children. Bedside manner is always more than careful kindness towards patients—it’s also about understanding and assuring the parents standing next to them.

Every day in the depths of these trenches was Chief of Pediatric Surgery Donald Liu. Heavy-set and charismatic, he was a major presence in the halls, smiling often as he shuttled between meetings, surgeries, his medical research, his teaching, and, at last, his patients. Even when he managed to leave the hospital, he never came out of his scrubs—not even when he was coaching his daughter Amelie or son Asher at their baseball games.

Doctor Liu was much more to the hospital than the Surgeon-in-Chief. He was known to do anything for a colleague or friend at a moment’s notice, and was always within reach of his beeper. While tirelessly dedicated to his everyday work saving lives, he was also committed to growing the pediatric surgery department to serve the children of Chicago’s South Side. Raised in Taiwan (though born in New York), he visited China often to train pediatric surgeons at a hospital in Shanghai, where liver disease is a common problem and his work adapting techniques of abdominal surgery for children would do good.

It was because of his presence—everywhere, really—that Liu’s death at age 50 last August, drowning in Lake Michigan after assisting two children caught in a riptide, rocked the hospital to its foundations.

“The best of us has been taken,” wrote Head of Urology Arieh Shalhav to hospital staff in an e-mail following Liu’s death. 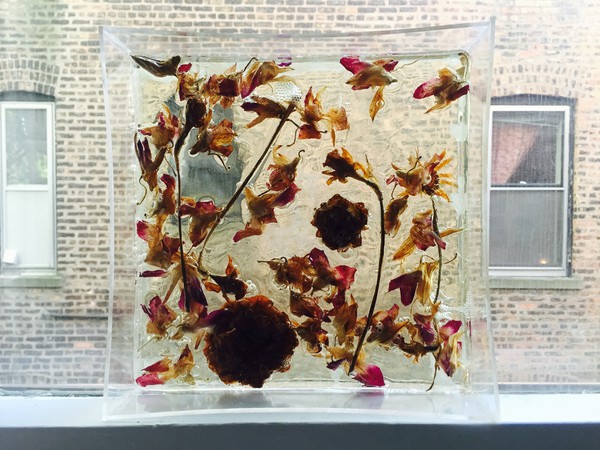 An avid White Sox fan and self-identified South Sider, Liu was known for always wearing his scrubs, even outside Comer Children’s Hospital.

Dana Suskind
In the operating room, Liu was one of the top surgeons at the University. According to his wife, he often explained that he was able to understand surgery in three dimensions. This helped him to be accurate and efficient. He adapted technology meant for adults and pioneered the use of laparoscopies for children, a delicate procedure in which a camera is inserted into the patient’s body to steer the surgeon’s hand. Many had thought the process was too difficult to wield effectively in children.

Liu’s bedside manner was a rare gift. Once, a 16-year-old patient of his had been diagnosed with metastatic cancer. When he drove to the patient’s home to discuss the illness, he brought over some video games for the two of them to play. He also brought a few beers. The boy wouldn’t live to twenty-one.

“The biggest impact he had was just that human-to-human contact,” said Dana Suskind, Liu’s wife of 17 years, and an accomplished head-and-neck surgeon at Comer. “Granted he saved many lives medically, but it was really just the one-on-one interaction that made the biggest difference.”

As a talented surgeon, Liu committed his work to serving the community and taking care of children such as those with major disabilities, many of whom did not have insurance. He was adamant that financial difficulties not hinder his ability to care for a patient.

“This was a guy that seemed to work every single hour he could find, but seemed to know every single stat about every single baseball team going back 50 years,” Cunningham said. A self-identified South Sider, Liu had a passion for White Sox baseball.

Liu was beloved by his colleagues, who described him as gregarious and ceaselessly optimistic, always willing to help a stranger. Juggling his many projects between surgeries became a hallmark. As a trauma surgeon he was known to come in during the middle of the night to operate on a child and then return later that morning to continue his normal schedule.

In his appearance and demeanor Liu was unassuming—“the anti-elitist,” as one colleague described him—always wearing his scrubs to meetings and rarely acknowledging his own achievements.

“You would think this person must wake up every morning and put on a fresh tie…crisp it up and wear his thousand-dollar suit and get in his big, fancy car and come over here,” said John Alverdy, a fellow surgeon and research partner of Liu’s. “That wasn’t him. This was the most down-to-earth, hard-working, ‘I’m in the trenches with the people, my job was just to do the right thing at the right time with the patient every day’,” type of guy.

Even with the constant tumult of work at the hospital, Liu always managed to find time for his family, who co-workers say were his top priority and his favorite topic of conversation. “I’ve got to go to a meeting,” he would say before ducking out of the hospital to attend one of his children’s baseball games. He would take his dinners at home and return to work when he was done. He called his greatest success his marriage.

The department of surgery is establishing an annual symposium to commemorate Liu’s legacy at the hospital, which will bring together surgeons and physicians working in research and care-of-children.

“There’s a profound sadness among the faculty in the department of surgery and the residents and the students that the person who seemed to do the most good, and the person that seemed to be the best among us, is gone,” said Alverdy, who worked with Liu on a research grant from the National Institutes of Health on a fatal neonatal condition called necrotizing enterocolitis. Alverdy has continued the work.

As a teacher, Liu saw his work overseas as part of a necessary forging of connections on a human level. When surgeons would come to Chicago from China to study techniques, he would often host them in his own home. His proficiency in Mandarin helped—in Shanghai, he didn’t lecture in English.

At Comer, where Liu was the hospital’s first Surgeon-in-Chief, he expanded his department by starting a fellowship in pediatric surgery. Two-year fellowships are required training for surgical specializations, and Liu had worked hard to acquire the proper certification to provide a program for them at Comer. Liu led the fellowship himself, and was noted as a patient and positive teacher who was able to take complex scientific concepts and make them understandable. The fellowship has gone on to train the hospital’s next generation of surgeons.

“Now that it’s a few months later, it has become clear that we have an outstanding group of young surgeons who have really stepped into the breach to fill the void left by him,” said John Cunningham, chief of pediatric oncology.

Genevieve, at 13 Liu’s oldest child, remembers calling him from camp one summer, saying she wanted to come home early. Liu was in the operating room. He finished up, drove through the night (some eight hours), and arrived by breakfast to bring her back to Chicago.

“At that time I felt a little guilty, and it was awkward coming home early, but looking back it was probably one of the best decisions I’ve ever made,” she said. “To have that memory of him.”