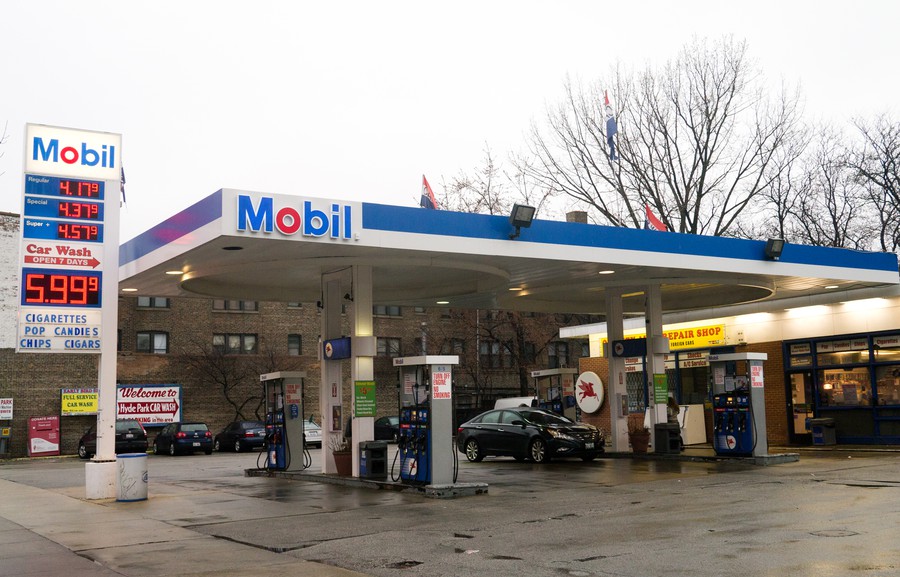 The proposed 13-story high-rise that may replace the Mobil gas station and car wash on University-owned property has caused a stir among Hyde Park community members. The project, which is set for construction at the beginning of 2014, would create 267 new apartments along with 30,000 square feet of ground-level retail space.

Community members voiced their resentment at a March 18 community meeting at Augusta Lutheran Church, asserting that the development would negatively impact traffic patterns in the area, especially because Nichols Park and the Murray School are located directly across the street.

Citizens for Appropriate Retail and Residential Development (CARRD), an ad hoc neighborhood organization, reemerged after hearing about the high-rise proposal.

“It’s the wrong building in the wrong place. It’s too big; it’ll dwarf everything around it,” CAARD member Tom Panelas said in an interview with the Maroon. “We’d like to see something more suitable on that site, and we’d like the University to talk to the neighborhood honestly about it, not forge ahead unilaterally with a plan opposed by people living around the site.”

A recent text poll conducted by the Hyde Park Herald indicated that 61.95 percent of respondents do not support the development.

In response to the community’s reaction, the University reaffirmed that the development would incorporate features such as affordable housing, new retail options, and environmentally sustainable features such as a green roof and parking for bicycles.

“The project also would create more than 300 new construction jobs in Hyde Park and substantially increase tax revenues available to the community while requiring no public dollars to build,” said Calmetta Coleman, director of communications for the Office of Civic Engagement.

Fourth Ward Alderman Will Burns is required to rezone the area in order for construction to begin. Regarding the potential issues that some community members have raised, Burns said, “These concerns are completely natural, but I believe that the developers of this project have taken into consideration the community’s concerns and are working to address them.”

Burns insists that the development will primarily make shopping and dining out more convenient. “This development would be beneficial to the community. Many residents want to walk from their homes to shopping corridors. They are tired of having to drive to Roosevelt Road or North Avenue or 95th Street to buy groceries and clothes,” he said.

A study conducted by Anzalone Liszt Research found that, after hearing details about the proposed development, 71 percent “believe it would benefit the community.”

Panelas pointed out that the research was commissioned by the South East Chicago Commission (SECC), an organization funded by the University. On its Web site, the SECC affirms those facts and says the research was “an independent survey of Hyde Park and Kenwood residents.”

Panelas is concerned about the uncertain effect the building might have on the other 53rd Street developments.

“There’s a lot of building going on in the neighborhood right now. Things are changing fast…. We should be in no rush to add another major high-rise in the area before we know what kind of impact these other buildings will have…. Let’s take our time, do it right, and make sure we keep Hyde Park a livable neighborhood.”