Shoreland, former dorm, to get a new lease on life 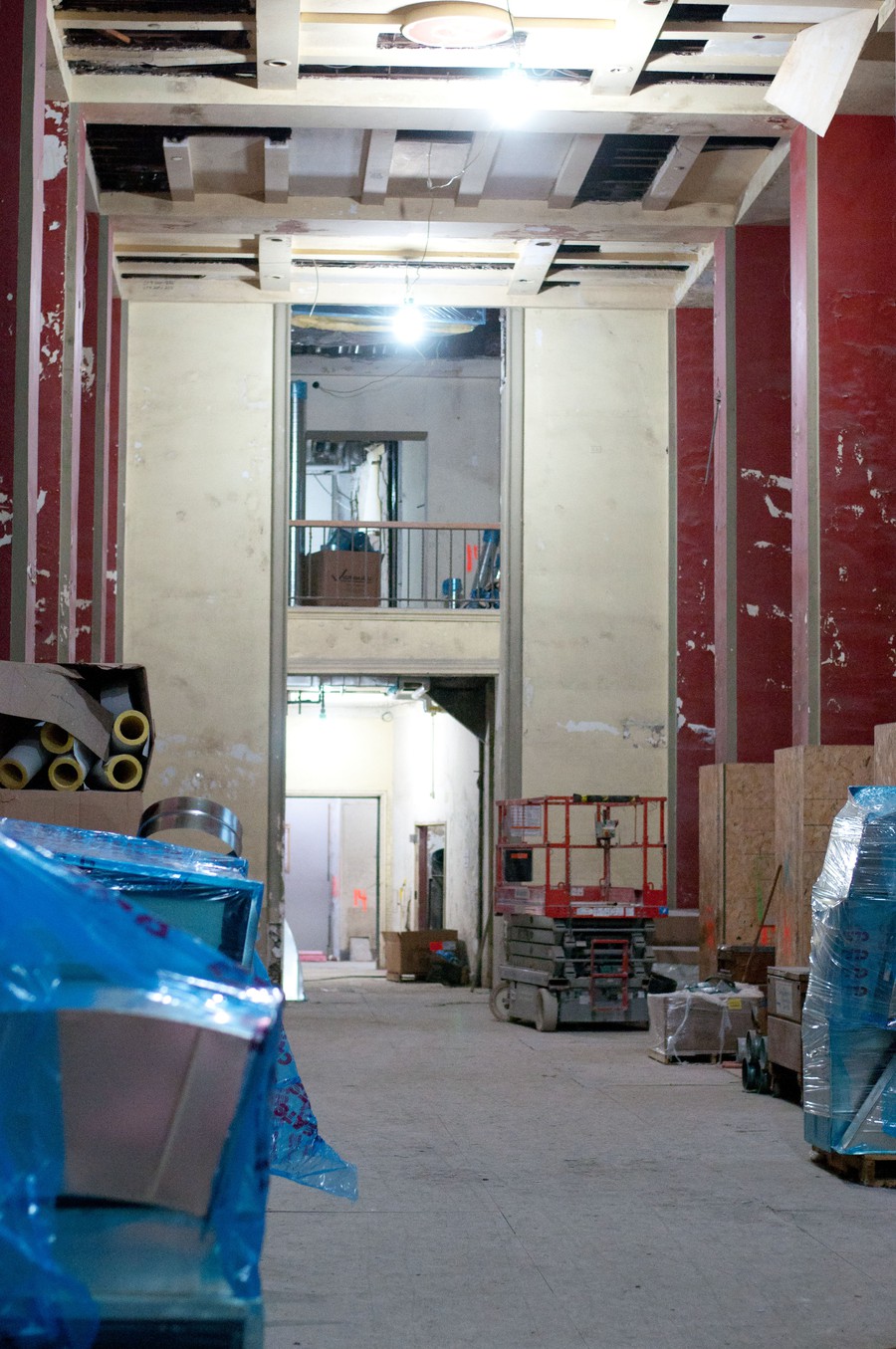 Construction on the Shoreland, a former UChicago dormitory on South Shore Drive, is slated for completion next fall.

After years of renovation, the Shoreland, a former University dorm, is reopening as a high-rise apartment this fall. The 13-story building will contain 330 apartments.

Peter Cassel, a representative for Antheus Capital, which owns the Shoreland, expects some student interest in their apartments. “We anticipate Shoreland will be a large and vital part of the Hyde Park rental market and will serve many in the U of C community,” Cassel said. “Regents Park, Del Prado, and Windermere are home today to many U of C students, faculty, and alumni,” he added, referring to other Hyde Park high-rises also owned and operated under Antheus Capital with its affiliate, Mac Property Management.

In comparing the newly renovated Shoreland to these other buildings, Cassel noted that “from an amenities and design perspective, it’s a step above Regents Park or the Del Prado.” The Shoreland’s amenities include a gym, in-building parking, in-unit laundry, two ballrooms, conference rooms, large bedrooms and closets, concierge and staff services, and lakefront views. A restaurant is also in the works, but the plans have not been finalized.

The Shoreland opened in 1926 as a 1,000-room hotel. In the 1970s, it was acquired by the University and converted into a dormitory, but by the late 2000s the building had fallen into disrepair. High repair and maintenance costs led the University to sell the building to Antheus for $16 million in 2008.

Since then, “tens and tens and tens of millions of dollars” have been invested in the renovating process, Cassel said. Cassel is also director of the Silliman Group LLC, a group of “design and construction professionals committed to preserving historic homes in Hyde Park,” according to their Web site. Cassel said plans are being developed in conjunction with Fifth Ward Alderman Leslie Hairston to set up local job fairs to find staff for the building.

Renovation began in 2011. Antheus hired Studio Gang Architects and Jeanne Gang, whose previous work included the Aqua Tower downtown, to design the interior renovations, which occurred from 2011 to 2012.

Efforts are now being taken to preserve the terra cotta exterior and the elements of the Art Moderne and Art Deco styles from the 1930s featured in the building’s architecture. This work began last year.

“We’ve tried to take the most important historical elements and preserve them, while also adding contemporary amenities,” Cassel said.

Despite the changes, some remnants of the former occupying students remain, the last of whom moved out in June 2009. Graffiti and painted murals of Dr. Seuss, tropical shores, and fairy tale scenes from the Shoreland’s days as a dorm are still visible on several of the walls, but these will soon be painted over.