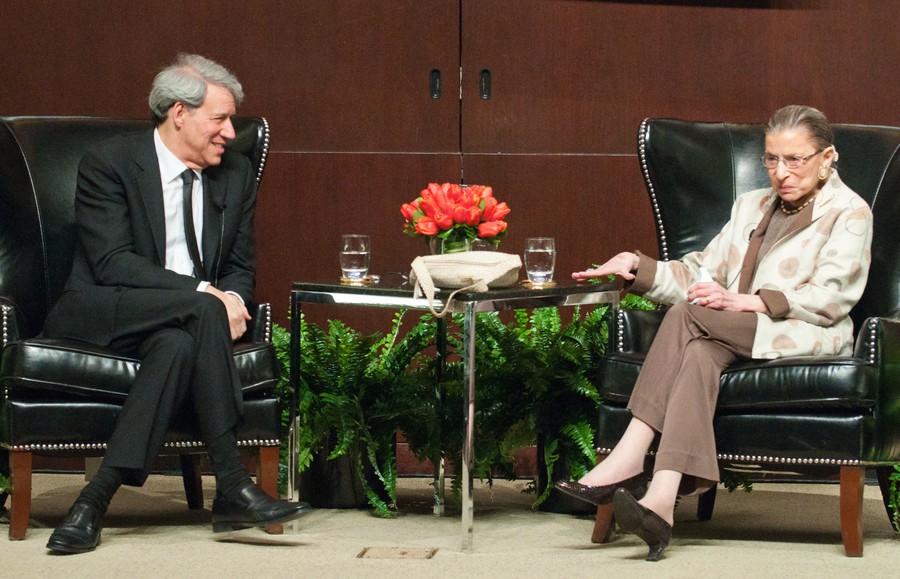 Supreme Court Justice Ruth Bader Ginsburg recounted her work on women’s rights cases that led up to the decision in Roe v. Wade at an event analyzing the events of the 40 years since the case at the Law School on Saturday. Despite her continual support for a woman’s right to choose, Ginsburg expressed misgivings regarding the Court’s monumental 1973 ruling.

Interviewed by Law School Professor Geoffrey Stone—who clerked for Justice William Brennan from 1972–1973, one of the justices that decided Roe v. Wade—Ginsburg recalled that before Roe, there were few options for a woman with an unwanted pregnancy.

“For most young women, the option was to marry the guy,” she said.

With a 7–2 majority, the Court ruled every abortion ban across the country unconstitutional in Roe v. Wade. Ginsburg said that she would have supported a more incremental approach had she been on the Court then, noting that previous women’s rights cases were decided on a more narrow reading of the Constitution. Many of these she argued before the Court, as the first director and chief litigator of the Women’s Rights Project of the American Civil Liberties Union (ACLU).

“I wanted them to buy my argument, but not so soon, not the second time up at bat,” she said, referring to the argument she made in Frontiero v. Richardson (1973), the second case she argued before the Court regarding the extension of the Equal Protection Clause of the 14th Amendment to include women.

She said that many states had already adopted positions in which they recognized exceptions for abortion in cases of rape, incest, and health of the woman and were on the verge of passing laws allowing the procedure.

“Some things would have happened in the interim, at the state legislatures. There were a range of positions at the time of Roe…. It was fluid,” she said.

“The Court had given the opponent a target to aim at relentlessly…. It seemed to stop the momentum, which was on the side of change.”

Ginsburg posited that the Court’s wide-ranging ruling on Roe added ammunition to the pro-life movement, although the decision was not controversial at the time.

“What a great organizing tool it is: You have a name, a symbol—Roe v. Wade. You could aim at [the fact] that this decision was made not in the ordinary democratic process,” she said

She also criticized the final version of the majority opinion for focusing on the doctor’s right to perform abortions, not the woman’s right to receive one.

“It’s about the doctor’s freedom to practice his profession as he thinks best,” she said. “If you read the Roe opinion, you will never see the woman standing alone. It’s always the woman in consultation with her physician.”