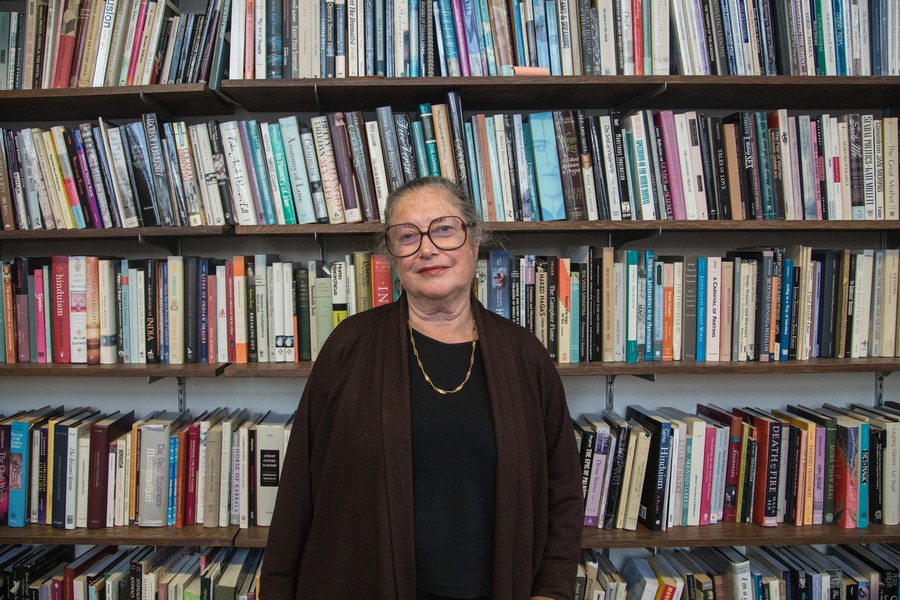 Penguin Books India agreed in a settlement dated February 4 to withdraw and pulp remaining copies of UChicago Professor Wendy Doniger’s 2009 book The Hindus: An Alternative History within the next six months. The settlement concludes an Indian lawsuit filed in 2011 by Dinanath Batra, head of Shiksha Bachao Andolan, a Hindu educational organization in New Delhi.

Doniger, who teaches on the history of religions at the Divinity School and in the College, received a legal complaint from Batra in 2010 that she described as “insane.” She said that in the notice, which was copied to Penguin Group and Penguin Group India, the largest English language trade publisher in the subcontinent, “the stuff that they objected to was very silly.”

The document enumerated approximately 40 objections to The Hindus: An Alternative History, stating that the book “shows the malice and contempt [Doniger has] for Hinduism” and “is written with a Christian Missionary Zeal and hidden agenda to denigrate Hindus and show their religion in poor light.”

The notice also alleges that Doniger infringed upon five different sections of the Indian Penal Code, the main criminal code in India, including Section 295A, an antiblasphemy law that bans acts intended to “outrage religious feelings of any class by insulting its religion or religious beliefs.”

“[My book] reveals an aspect of Hinduism that these people want to pretend doesn’t exist,” Doniger said.

She asserted that she knew the book would upset people. “It’s what happens when religions become fundamentalist. They say only this is part of our religion and this is not.… I wanted to put into my book precisely those parts of history that they don’t like and they have left out. I wanted to put them back, and I knew they wouldn’t like that.”

A 2010 online petition sponsored by the Sarasvati Research and Education Trust claims 24 factual errors and “derogatory, defamatory, and offensive statements” were present in Doniger’s book. The petition has since accumulated approximately 11,000 signatures.

University spokesperson Susie Allen said in an e-mail that “the University vigorously defends [Doniger’s] right to publish and discuss her scholarly work.... As it has been for more than a century, the engagement of our scholars and that of the University is anchored in our fundamental commitment to free inquiry and free argumentation around scholarly ideas.”

After Penguin India lawyers began fighting the case, Doniger was informed that they would not settle for as long as possible in order to keep the book in print, though she said her lawyers knew winning the case was impossible.

“I wasn’t at all shocked when we lost it,” she said.

Doniger believes that selling her book in India is still a possibility. Penguin New York, a company not affected by the lawsuit, is considering sending 3,000 copies of the book to sell in India. Several Indian publishers have also offered Doniger the opportunity to publish the book again. Moreover, it has risen to the number 26 spot on Amazon’s list of top-selling books.

Shiksha Bachao Andolan, the organization that filed the lawsuit, asked Doniger to submit her work to a panel in India for review and issue an apology in the future. “Don’t hold your breath,” she said.