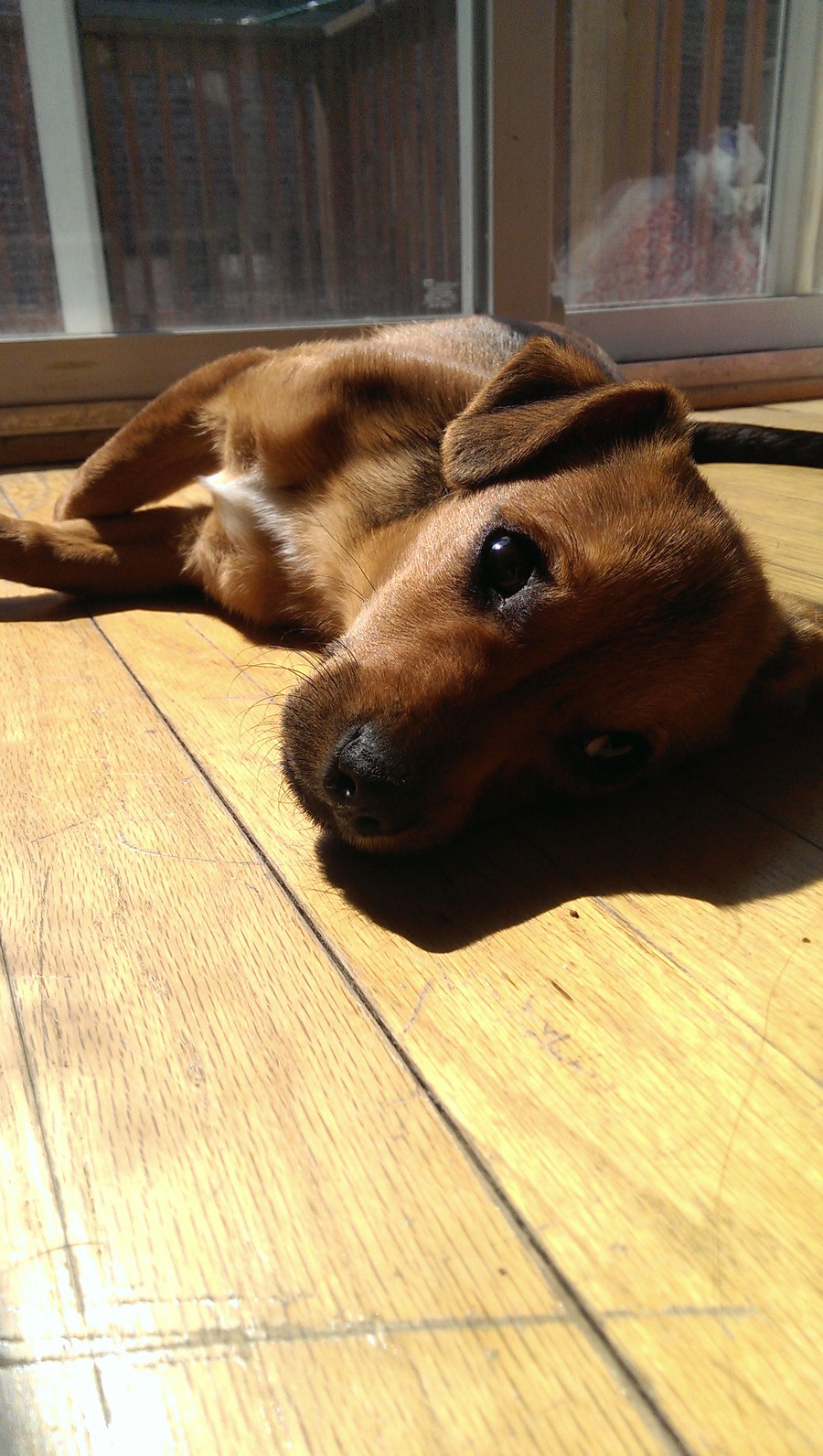 One tramp just met his lady on Lake Shore Drive.

On April 7, Cassidy Heaton, a first-year student in the College, was riding her bike along Lake Shore Drive when she noticed the dog in the middle of the road.

“I came over a hill and suddenly saw what looked like a little brown lump of fur get knocked by a car and my heart—I’m a dog lover—plummeted,” Heaton said.  “So I dropped my bike and ran onto Lake Shore to get this dog.”

Heaton dismounted her bike and ran across the road into oncoming traffic. Seconds afterwards, a car stopped just short of Heaton and the dog, and the dog scrambled underneath the car. Heaton then crawled underneath the car and lay down on her back to retrieve the dog as cars drove by on either side. The dog attempted to bite her.

At one point, when Heaton was standing next to the stopped car, another car failed to stop in time before hitting her on the side.  She did not sustain any injuries. The driver of the car that hit her stopped and gave her a pair of gardening gloves and a towel to help get the dog out from under the car without injuring it.

The two cars left as soon as the puppy was taken out from under the car, leaving Heaton alone with the dog on the side of the road.  After about a minute, an off-duty police officer drove up to Heaton and offered to take her and the dog to an animal clinic on the South Side.

The dog, a brown and black Beagle–Chihuahua–German Sheperd mix, was revealed to have no injuries, but was very malnourished and, according to the veterinarian, had likely never interacted with humans before.

Heaton lives in on-campus housing where animals are not allowed, so she called a friend who lives in an apartment nearby who agreed to keep the dog for a few days. The dog took some time to warm up to Heaton, but once she started to give him food, his aggression faded.

“When we were feeding him, he started eating out of my hand. I sat down on the floor beside him to do my reading, and when I wasn’t looking, he would start sniffing my shoes or licking my hand, and he would let us pet him slowly and by the end of the night, he was in our laps,” Heaton said.

The next day, as Heaton was walking the dog to the pet store to pick up supplies, she met Asya Magazinnik a second-year Harris School student, who was interested in adopting him. The puppy, now named Roger, has been living with the Magazinnik ever since.

“That’s where he lives now and he’s so happy, It’s just such a series of lucky events to make this dog find his home,” Heaton said.