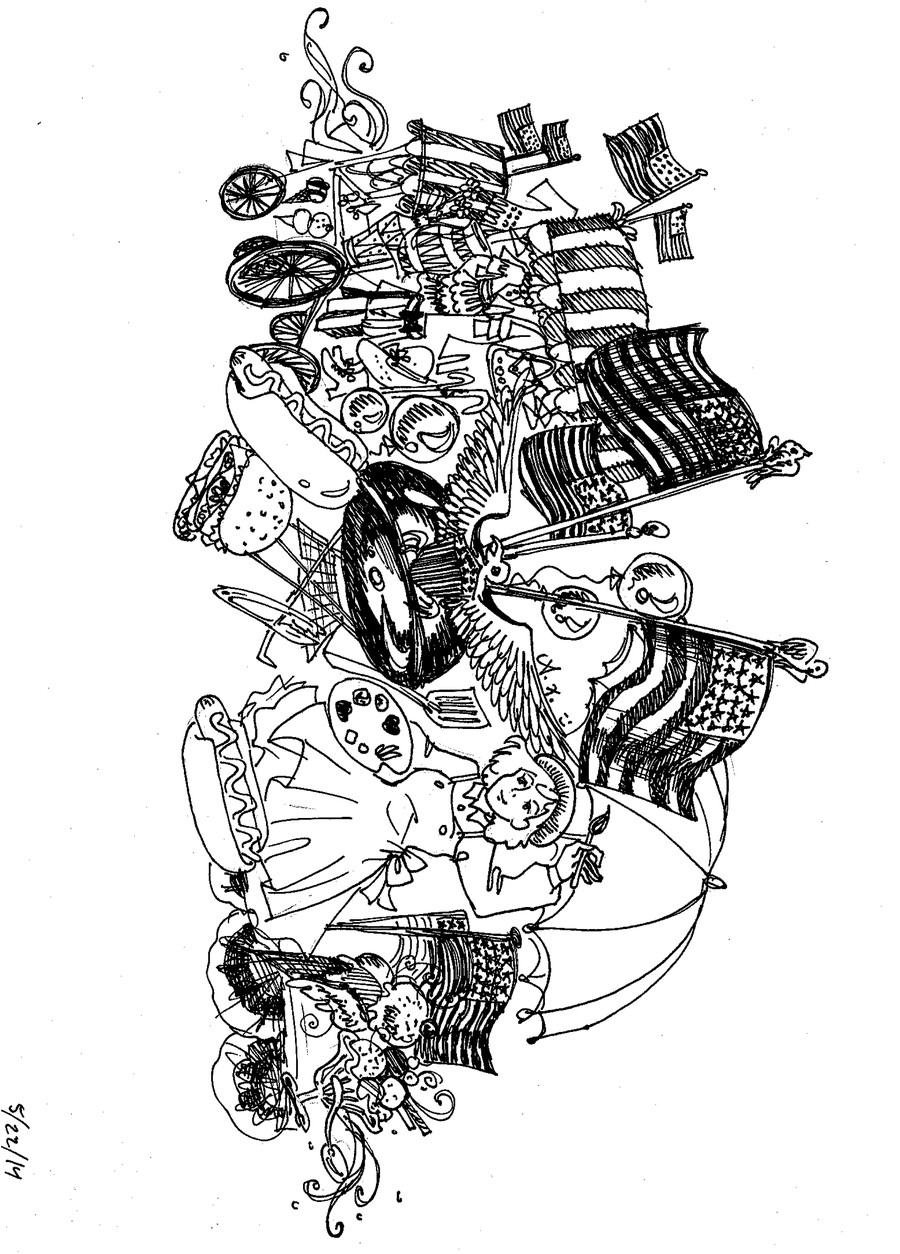 You’re now finally feeling the sweet release of the end of eighth week, which means, at last, the end of midterms! But with that also comes the descent into ninth week and the last push before finals. Before you relegate yourself to the Reg, eschewing normal eating and sleeping habits as well as personal hygiene, take one last moment to relish in the warm weather this Memorial Day weekend. There’s plenty to do, and we’ve got you covered.

The Wind Rises at the Gene Siskel Film Center

It’s the end of an era: Studio Ghibli’s famed director and animator Hayao Miyazaki (creator of films such as My Neighbor Totoro, Princess Mononoke, and Spirited Away) has announced that The Wind Rises will be the final film before his retirement. It is a fictionalized biography of Jiro Horikoshi, designer of the Mitsubishi A5M and A6M Zero aircrafts that were used by the Empire of Japan during World War II. Joseph Gordon-Levitt lends his voice to the English dub as Jiro, but the film also features voices by Emily Blunt, John Krasinski, Martin Short, Werner Herzog, William H. Macy, Mandy Patinkin, Stanley Tucci, and Elijah Wood. Luckily, there are a number of times you can catch the film this Memorial Day weekend at the Gene Siskel Film Center downtown. It’s screening on Friday, May 23, at 7:45 p.m.; Saturday, May 24, at 3 p.m. and 7:30 p.m.; Sunday, May 25, at 5 p.m. and 7:30 p.m.; and Monday, May 26, at 3:15 p.m.

It’s better than a Nordstrom’s—the Randolph Street Market collects antiques, two fashion bazaars, a mecca of records and LPs, a panoply of ethnic crafts, and a “fancy food” market over eight acres of shopping heaven. Located in the West Loop, this historic monthly market (which has been called the Barneys of vintage and is more party than market) will host over 200 vendors in a sprawling indoor-outdoor complex, and will be open over Memorial Day weekend just in time for you to check out some furniture or quirky housewares, rack up some daddy points with an early and sure-to-be unique Father’s Day gift, or snag some skin-baring clothes for those warm summer nights and outdoor barbecues at the Point. Even if you’re not in the mood for shopping, the Randolph Street Market is also the place to people-watch, see, and be seen. You can also get mimosas at the bazaar. Did we mention that students get in for just $3? The Randolph Street Market will be open Saturday, May 24, and Sunday, May 25, from 10 a.m. to 5 p.m.

Respect. Honor. Remember. May the plethora of shopping sales and warm-weather celebrations this weekend not distract you from the original intent of Memorial’s Day: honoring the sacrifice and service of those in the U.S. Armed Forces. The Chicago Memorial Day Parade, an annual institution since 1870 and one of the largest such parades in the nation, takes place this Saturday, starting with a wreath-laying ceremony at 11 a.m. at Chicago’s Eternal Flame monument in Daley Plaza. The parade proper begins at noon, going from Lake Street south to Van Buren Street, with Illinois’ eighth-district Congresswoman and Iraqi veteran Lieutenant Colonel Tammy Duckworth serving as the parade’s grand marshal.

You may know him from Black Star where he duos with Mos Def, or you might remember him from his verse on Kanye West’s “Get ’Em High” on The College Dropout. Either way, this Sunday is your chance to see Talib Kweli live and unfiltered, and it’s not to be missed. Even Hova himself name-drops him, citing Kweli’s keen ability on the track “Moment of Clarity” from The Black Album: “If skills sold,/ truth be told,/ I’d probably be/ lyrically/ Talib Kweli.” (Fun fact: His first name, Talib, means “student” or “seeker” in Arabic, and his middle name in Swahili means “true.” …A true student? It doesn’t get more UChicago than that.) Kweli will be performing with a live band, and Substance and The Ol’ Days will be the opening performers. If you’re 18 and older, tickets are still available—$25 for general admission and $35 for a VIP spot. Doors open at 8 p.m. and the show begins at 9 p.m.