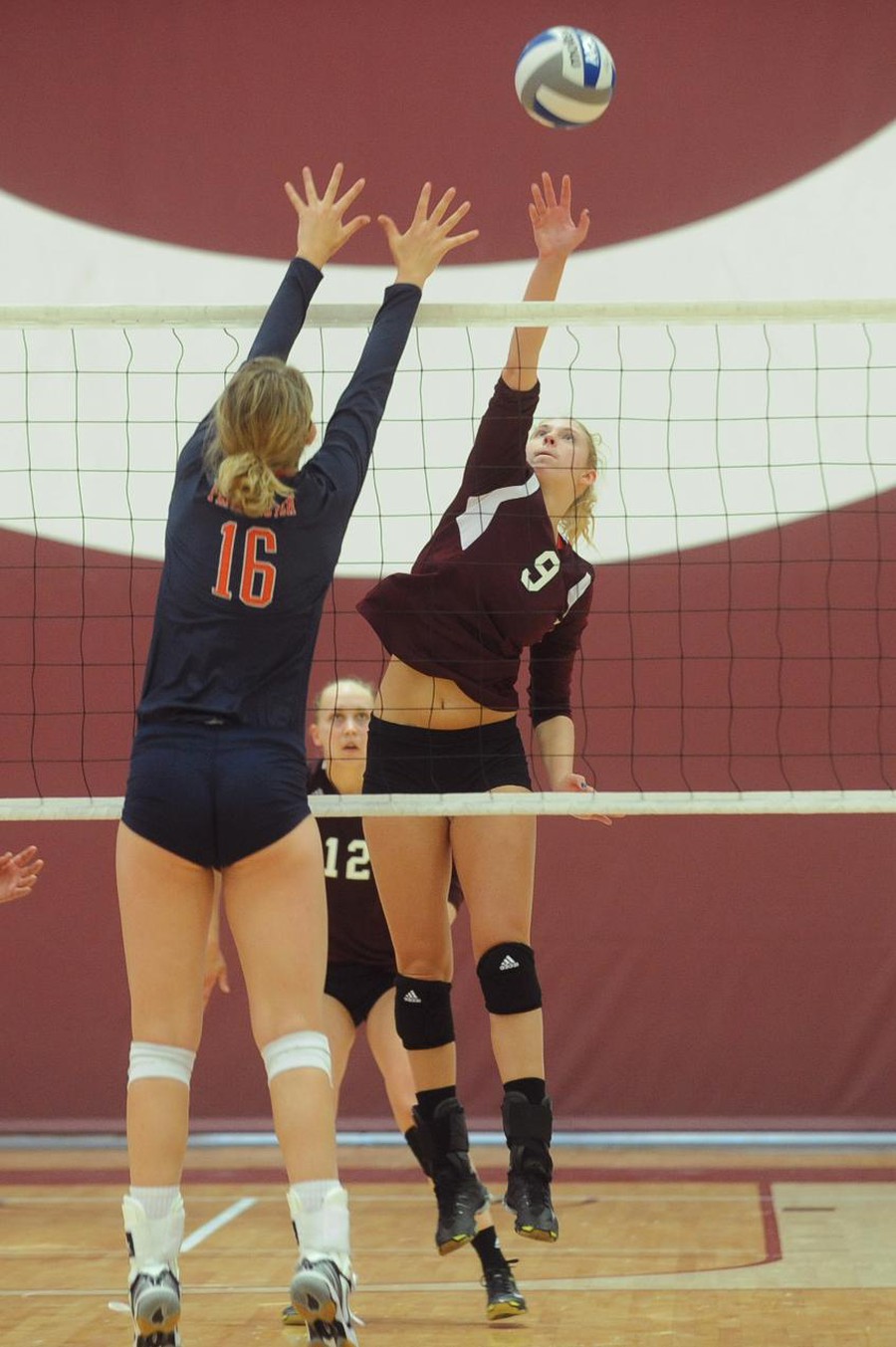 Instead of wallowing in the mounds of schoolwork assigned after first week like the rest of the College, the Maroons took a trip to New York City for the first Round Robin of UAA play. While Chicago is coming off of a bit of a rocky patch, losing three of their last four games, UAA play is always where the Maroons seems to peak. Last season, they took second place after claiming the conference title the previous year to secure an NCAA Tournament Bid.

“The UAA is consistently the toughest conference in Division III, so it’s always exciting and challenging,” said fourth-year Maren Loe. “Wash and Emory are both top five teams [nationally] right now, which is great competition for us.”

The weekend started off extremely strong as the squad demolished Rochester 3–0. Rochester never broke 20 points as the Maroons bested them in every significant statistic, with the exception of aces.

Later on in the day, the South Siders dispatched NYU, 3–1. Despite the win, it came with much less ease. Fourth-year setter Ragine Graves was able to dish out 56 assists, only six less than the individual school record that has been held since 1998.

In her last UAA season, the setter is certainly looking to capitalize on her experience. “Since I am a senior, I never want to have any off-games. I think it makes me value every contact more than I have before,” said Graves.

Loe also spoke on her final year, saying, “At this point, being a senior, I feel like I know each team so well, and it’s really fun to play against them all.”

The final game of the Round Robin pitted the Maroons against their archrival, No. 2 Wash U. This rivalry game certainly lived up to the hype, with the first set going to extra points, and every set except the last being decided by three points or fewer. Unfortunately, the South Siders fell in four sets to the Bears, although they aren’t letting the loss damper their spirits.

“Wash was definitely the most fun to play, not just because of the rivalry and the history, but also just because we played so hard and so did they,” said third-year Katie LaPorte. “We just need to execute the details better, especially in such a close game against such a good team.”

Loe echoed her teammate’s sentiments. “Hopefully we’ll transfer that effort into practices in the coming days, before heading into our next UAA weekend at Case in two weeks,” she said. “We’ve got a lot of season left, and I think we’ll be able to finish very strong.”

Chicago has a week off before they head to Case Western to play the remaining UAA teams: No. 21 Carnegie Mellon, Brandeis, No. 3 Emory, and the host school Case. Graves remains optimistic about her team’s ability to bounce back. “I think this loss showed us that we have the heart and desire to win,” she said. “There are just a few things we need to fine tune.”

The squad will head to Cleveland for competition next Saturday and Sunday, October 17–18.