Life will always be hard, but Thanksgiving reminds us to be thankful for what we do have . 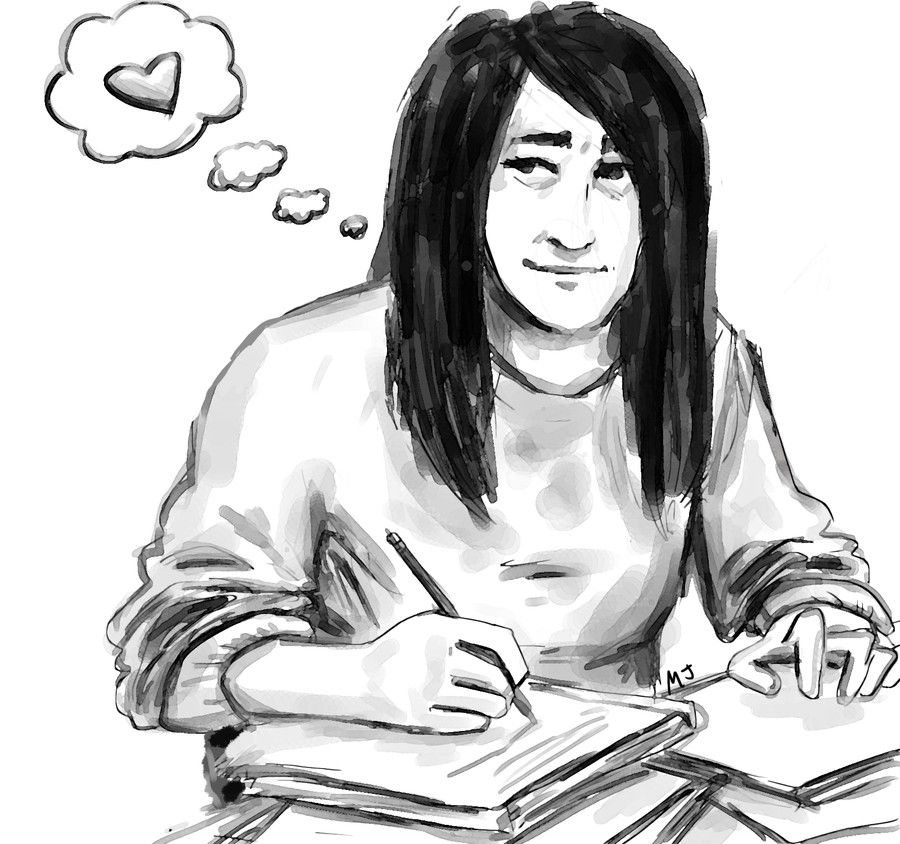 This Thanksgiving, my friend and I, both home from college, made the mutual agreement to bring our homework to the potluck dinner that night. Please believe me when I say that we thought we were lame as well. That evening, after we had finished our food, we miserably plopped ourselves onto a couch and attempted to swim out of the pile of work we were drowning in.

Before you fixate your judgment upon our poor, humorless souls, I assure you that our other friend already did that while witnessing the two of us stare at code or try to decipher math problems. His serene drawl mocked our collegiate efforts while cheerfully reminding us that, as someone in an engineering co-op with a real job, he didn’t have homework or finals to worry about this semester.

Thanksgiving break has always been hilariously fraught for college students. Even for those who dare to travel home, the impending doom of finals still tugs at our navels while we’re trying to have some fun and relaxation. We probably spend about five percent of our time trying to actually do work during break, and the rest of our time flipping out about how much stuff we need to finish.

I had never done homework at a party before, so sitting there on that couch scrambling for my misplaced eraser made me yearn for an easygoing Thanksgiving. I would glance jealously at the younger kids there who were still in middle school, and even at the parents who were laughing around the dining table. But as I listened more closely to both groups, I realized that even though they didn’t have homework, the holiday wasn’t exactly carefree for them either.

Thanksgiving is a happy time of reuniting with distant family and old friends. But part of what accompanies that is the litany of shared complaints and vocalized comparisons that pick at our hidden insecurities. From across the family room, I could see the middle schoolers on the other couch, flipping through their yearbooks and discussing who was cool and who wasn’t. It took me back to that age and even to just a few years ago in high school, when being “cool” was so important. Even though schoolwork may not have been inflicting pain on those middle schoolers at this point, their social lives seemed to have been.

Over at the grown-up table, I could hear our parents talking about their most recent home repairs and various work complaints. It made me a little sad when I thought about how even though I would eventually graduate from having to do homework on Thanksgiving, I would only be moving on to the next stage of life in which I would fixate on the aforementioned middle-aged topics that I currently have little interest in. The middle schoolers had this same reaction of disgust toward us college kids when they saw us doing homework and freaking out about internships.

For both younger generations, the general vibe at the potluck seemed to be: “This is all I have to look forward to?”

And that’s rightly worrisome. It seems that whatever age we are, Thanksgiving will always present a few hurdles to overcome when we feel obligated to talk about what is going on in our lives. Due to all the comparisons that accompany catching up with those we haven’t seen in a while, we are forced to confront our insecurities, which are present at any point in life.

Despite initially feeling bummed out about this while observing people at the potluck, I eventually realized that I was missing the point of Thanksgiving. It isn’t about the difficulties of whatever position of life we’re in—even though that’s often what we talk about during the holiday—but about being thankful for all the good things that we’ve been blessed with. By changing my mindset, I’ll be okay even when I’m middle-aged and comparing my plumbing with peers. And the middle schoolers will be okay when they reach college and get saddled with mind-numbing amounts of pre-finals homework.

Actually, having all this work right now isn’t so bad when I think about how lucky I am to even attend college. Many people don’t have such a luxury. And, doing homework at a party meant that I was fortunate enough to be surrounded by loved ones during the short holiday. Even the annual chance to complain and compare means getting a warm place to gather and have full bellies. Once I stopped working for a second to think about that, it started to feel like Thanksgiving again.

Sophia Chen is a second-year in the College double majoring in economics and English.