Law Professor Rejects Accusation That He Mailed Feces to Academics

Had Clashed With Recipients Over Ranking System for Philosophy Departments. 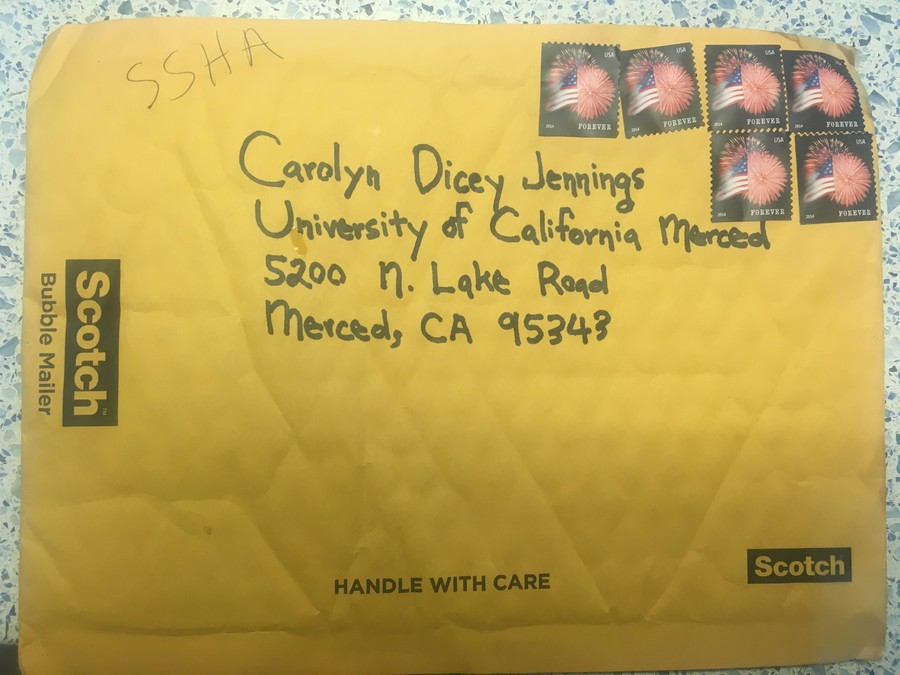 One of four packages sent to academics over the summer.

According to Leiter, "I met with a detective from UCPD, on Friday, October 7 for an hour to give him possible leads.  I met with an officer on Monday, October 10 to give a formal statement so he could prepare a report to open an ‘investigation.’  However,'investigation' is a term of art meaning a criminal investigation; since no crime appears to have been committed against me (I was not a recipient of the malicious packages), this is not a 'criminal investigation.'  Instead, UCPD is kindly trying to assist me by collecting information which, where appropriate, they are passing on to those law enforcement agencies investigating a possible crime (for example, the Postal Police).  So in UCPD lingo this is a 'non-criminal report' not an 'investigation.'  However, they had used the word 'I nvestigation' with me originally, hence the confusion."

A Law School professor has been accused of sending feces to four of his academic rivals.

Brian Leiter, a leading Nietzsche scholar and director of the Center for Law, Philosophy, and Human Values, has had past conflicts with all three of the recipients: Carolyn Dicey Jennings at the University of California at Merced, Sally Haslanger at the Massachusetts Institute of Technology, J. David Velleman at New York University, and Carrie Ichikawa Jenkins at the University of British Columbia.

Leiter claims that the accusations against him are false.

Leiter created the influential Philosophical Gourmet Report, a ranking of the top graduate programs in philosophy, when he was a graduate student in 1989. According to Daily Nous, a news site about the philosophy profession, Jennings created an alternative assessment of Ph.D. programs in philosophy by looking at job placement records on July 1, 2014.

“Leiter responded on his blog,  Leiter Reports , by calling her work ‘nonsense’ characterized by ‘perverse ingenuity’ and insinuated that she is not ‘smart enough’ to be a philosopher,” Daily Nous reported.

After the incident with Jennings, Jenkins wrote on her blog on July 2 that she would treat “more junior and/or professionally vulnerable [philosophers] than myself with respect.” According to Daily Nous, Leiter viewed this as a threat, accusing Jenkins of issuing “threats aimed at me on your blog” and that she came off as a “sanctimonious asshole.”

Leiter was forced to resign as editor of the  Philosophy Gourmet Report  following a statement by 624 philosophers “declining to volunteer our services to the  PGR  while it is under the control of Brian Leiter.”

Velleman, one of the philosophers who received feces, concurs with Leiter’s statement that the sender must have been someone else. In an e-mail to Leiter published on Leiter’s blog, he writes:

“A few people have received packages of excrement from someone using your law-school address and a name widely [sic] believed to be your pseudonym. I assume it can’t be you––which means that someone is trying to embarrass you. I don’t know if there’s anything you can do about it, but I thought you would want to know. Some of the recipients have reported the packages to the police.”

The package sent to Jenkins contained a return address that differs by one digit from Leiter’s office address, according to  Buzzfeed . The sender of Jenkin’s package also signed off as “Peter Aduren,” which Leiter writes is “a pseudonym attributed to me by a law blogger who had championed the idea that ‘law school is a scam’ and whom I had mercilessly criticized for years.” Leiter writes that this crowd is likely behind the mailing: “Since the only people invested in the pseudonym are part of the ‘law school is a scam’ crowd… the best hypothesis is one or more of them is behind this vile stunt.”

Leiter further claims on his blog that the package to Jenkins was mailed on June 23, when he was in Germany. This narrows “the suspects down to two, both in Chicago—one, part of the ‘law school is a scam’ crowd, the other, a law-connected person who has been obsessively cyber-stalking me for at least six years now.”

Paul Campos is the Chicago lawyer referenced by Leiter as part of the “law school is a scam crowd.” He wrote in  The Atlantic  that “the odds of a graduate of one of these schools getting a job that arguably justifies incurring the schools’ typical debt level are essentially 100 to 1.”

Campos replied to Leiter’s statement that he might be behind the mailings on his blog, Lawyers, Guns & Money.

“It is of course extremely unlikely that the perpetrator of this pathetic and disturbing publicity stunt is from the world of arguments about the behavior of contemporary American law schools, since the number of people from that world who even know who Haslanger, Jenkins, Velleman, and Jennings are can be estimated as one (1),” Campos wrote.

“Now that I put it that way, I realize it isn’t unlikely at all. But since publicity tends to encourage lunatics, it would probably be best not to give this latest little outburst any more of it than necessary.”

The Maroon reached out to Leiter, who wrote, “I have no further comments to make beyond what I have already said on my blog.”

The package sent to Jennings took six stamps to send.