The Taming of the Screw

As dining hall offences add up, students need to speak up. 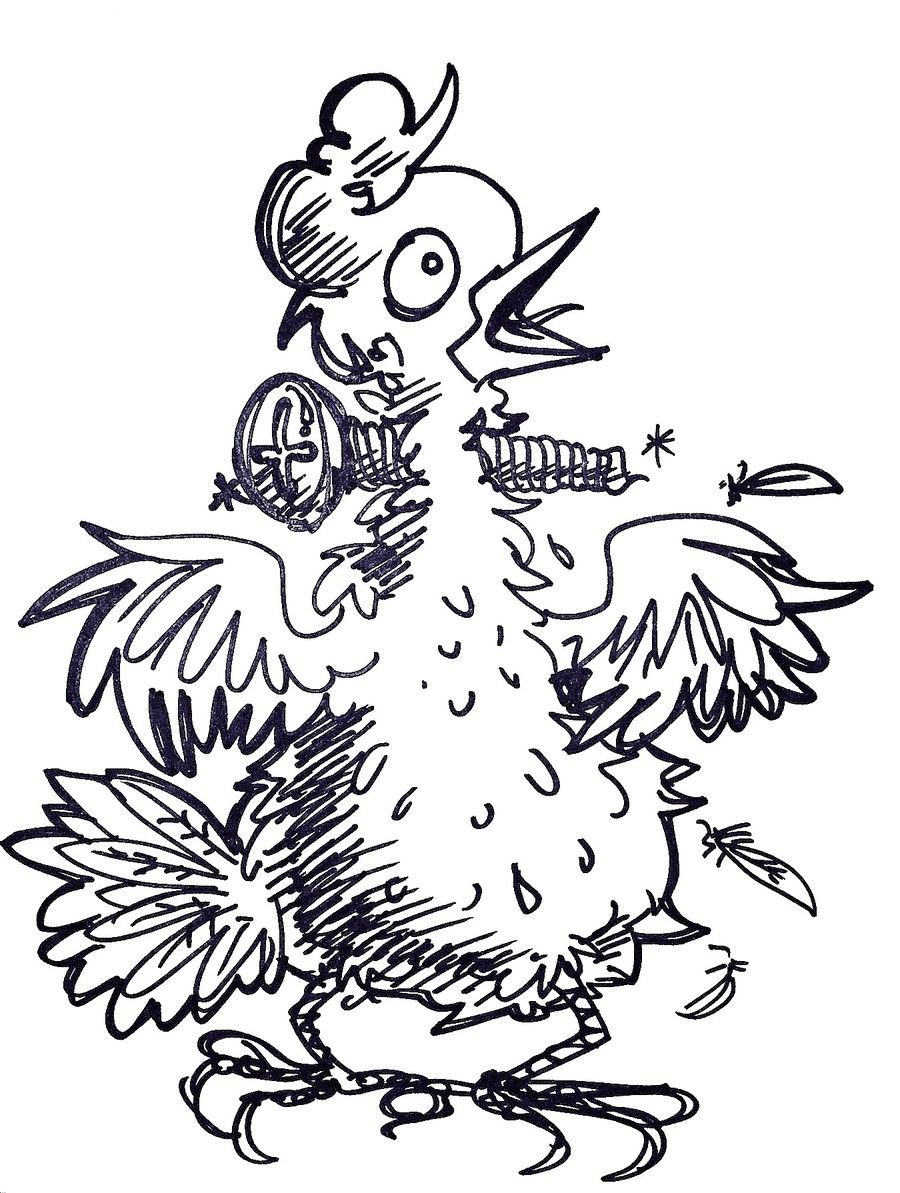 Someone in Bartlett must have had a screw loose. At least, that’s what I thought when I found an actual screw in a piece of chicken I was trying to eat for dinner.

Had I not followed my patented Gardner Protocol for Inspecting Aramark Meat™, (GPIAM), I certainly would have punctured my throat or broken a tooth (which I am told no longer grow back). For those seeking to consume only the edible parts of Aramark-served meat the next time they dine on campus, here is the GPIAM doctrine. Before consuming:

1. Cut off all fatty parts around the edges.

2. Actually, just cut off all the edges. Edges are always suspect.

3. Turn the food over to do a bottom spot-check. (It was this step of the Protocol that exposed the screw fastened to the bottom of my chicken. Never forget Step Three, kids; you don’t wanna get screwed).

4. You should now be left with a morsel of meat theoretically fit for human consumption.

5. Now take that morsel and throw it away.

6. Casually exit the dining hall and locate a spear. A standard-sized spear should do. You are now ready to hunt squirrels for food.

Upon executing Step Three of the GPIAM and discovering the carbon steel screw embedded in the chicken breast, I immediately brought my plate to a floor supervisor. The extraordinary chicken was not met with the shock and horror I expected, but rather with what seemed like familiarity. The woman to whom I showed the plate did not seem surprised at all. Once she ascertained that it indeed was not an organic contaminant (which maybe would’ve been okay, or at the very least, expected), she stated obviously, “Well, this is clearly not acceptable.” She then yanked the screw out of the chicken breast’s charred exterior and threw away both components. Unfortunately, the symbolic separation of my food and its contaminant did little to quell my fears about the screw’s initial affixation. Furthermore, I was miffed that I had not been allowed to unscrew the chicken myself. I would’ve liked to experience this—just how stuck was it? Would I have needed a screwdriver? A drill? How much force would be required to detach it, in Newtons? But the removed screw was swiftly placed into the standard Aramark evidence locker: a trash can.

I filed an incident report, expecting that I’d earn a spot on the “Grossest Aramark Food of the Week” photo wall I assumed existed somewhere within the depths of Bartlett.

But as to the mysterious origin of the contaminant itself, it turns out the powers above may have been at play. Before the internal investigation was completed, I talked to dining hall personnel who believed that since the screw did not come from the grill itself, it had likely fallen from the ceiling. Interestingly, the ceiling is a common scapegoat for physical contaminants in the food; this excuse has been employed for the various insects found in students’ dishes (even though at least one bug was clearly not indigenous to Illinois). The screw fell from above, of course. It must have been divine will.

I then had a meeting to discuss my experience unearthing this artifact, and I was enlightened about Aramark’s unscrewpulous food procedures. Staff training includes topics such as “How Food Becomes Unsafe,” “Receiving and Storage,” and “How to Prep Food Safely.” Maybe a “How to Recognize Foreign Objects Embedded in Chicken Breasts” class is in order.

Having solved the mystery later that week, Director of Safety for UChicago Dining Jasmine Davenport emailed me that “one of the screws holding the scraper blade to the brush came off and landed in between the grill grates. The screw and the grill are black, so it was camouflaged.” The screw stealthily “camouflaged” itself onto the chicken, undetected because of their shared black color.

Here’s hoping this article doesn’t Ara-mark me as a future target. We cannot Bart-let this happen again. The quality of our food needs to improve, or we’re going to have a lot of toothless students on a campus rife with squirrel carcasses.

On a more serious note: the real problem here is the lack of consistent student outrage against the dining hall. When I made an offhanded complaint about the food earlier this year, an RA responded cheerily, “Whenever I think the food is bad, I just tell myself that I could be eating Aramark’s prison food.” Really? This is the standard by which we’re now measuring such a critical part of student life? We can demand better, UChicago.

No longer can we have tacit acceptance of such terrible food. If you criticize the food on this campus, you’re often made to feel like a snob. But in this case, I was just someone who didn’t want to lose a tooth to a piece of chicken.

Emma Gardner is a second-year in the College majoring in English and political science.