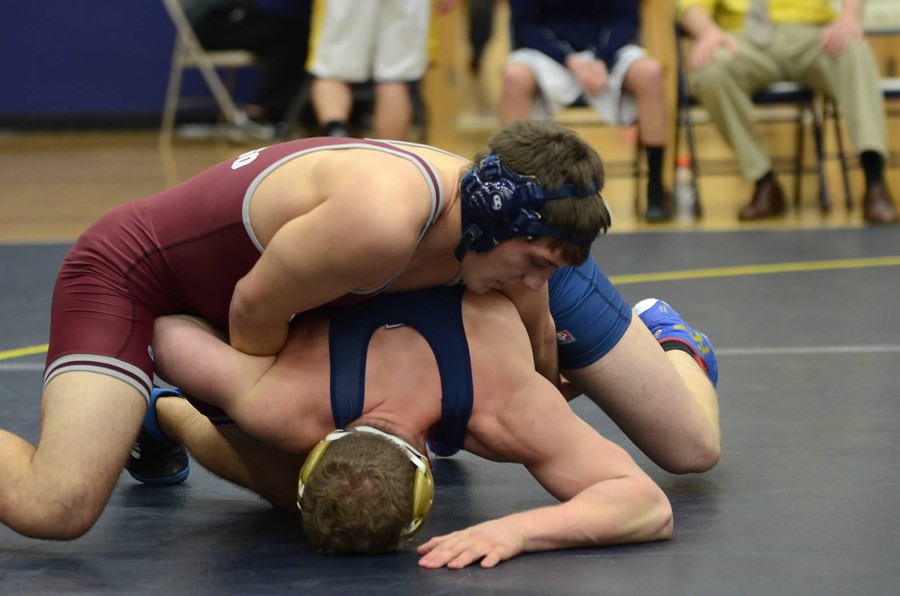 After coming off three straight victories at the Chicago Duals two weekends ago, the University of Chicago Men’s Wrestling Team placed third out of a 10-team field at the Elmhurst College Al Hanke Invitational this past Saturday. The winners, University of Wisconsin–Stevens Point, posted 113 points while the Maroons trailed closely with 106.5 points. However, there was more to the performance than the results illustrated. With no representation in two weight classes, the South Siders still almost managed to take home top place with strong showings from three weight classes.

Second-year Jason Lynch went undefeated on the weekend at 4–0 and claimed the 184-pound field. He dominated the rest of his opponents, recording two technical falls and one first-period pin along his way to victory. Lynch is now riding a seven-match win streak, improving his record on the season to 17–7, and garnering him UAA Wrestler of the Week accolades. First-year Grant Morrison also moved past the weekend without a loss, taking his own 141-pound weight class’ podium. His 3–0 performance included two major decisions and a technical fall. Kahlan Lee-Lermer, another first-year, earned his own 3–0 record at 149 pounds with a second-period pin and two major decisions.

More confident displays from underclassmen spurred the UChicago team. Three South Siders took third place in their respective weight classes. At 157 pounds, first-year Steve Bonsall finished 3–1, wrestling two of his matches to major decision victories. Fourth-year Michael Sepke also went 3–1, scoring a major decision in the third-place match. Though he lost, Sepke held his own against a defending NCAA champion in the semifinals. Unseeded second-year John Jayne pulled out a pair of victories at 174 pound to take the bronze.

Asked about the underclassmen’s contributions, third-year Elliot Henderson spoke highly, “the underclassmen have been working hard and really stepping up to challenges in the room since day one and doing everything that’s asked of them.”

Continuing further on the current outlook for the team, “I think we have a strong upperclassmen contingent this year who could be the root of the underclassmen’s success through strong leadership, but I think we have good momentum going right now. People are definitely thriving off of it. We are having fun out there, and that’s when you wrestle your best.”

Looking forward to this coming weekend, the Maroons will travel to Wheaton College on Friday and then host the Elmhurst College Bluejays at home on Saturday. The Bluejays finished second at the Al Hanke Invitational, and the UChicago team will surely be motivated to show their superiority in an evenly-matched fixture.

Talking about the team’s preparations for the two-match weekend, Henderson reiterated the team’s need to “prepare the same way as we always do…taking it one match at a time and having fun along the way.”