Round Two for Tennis 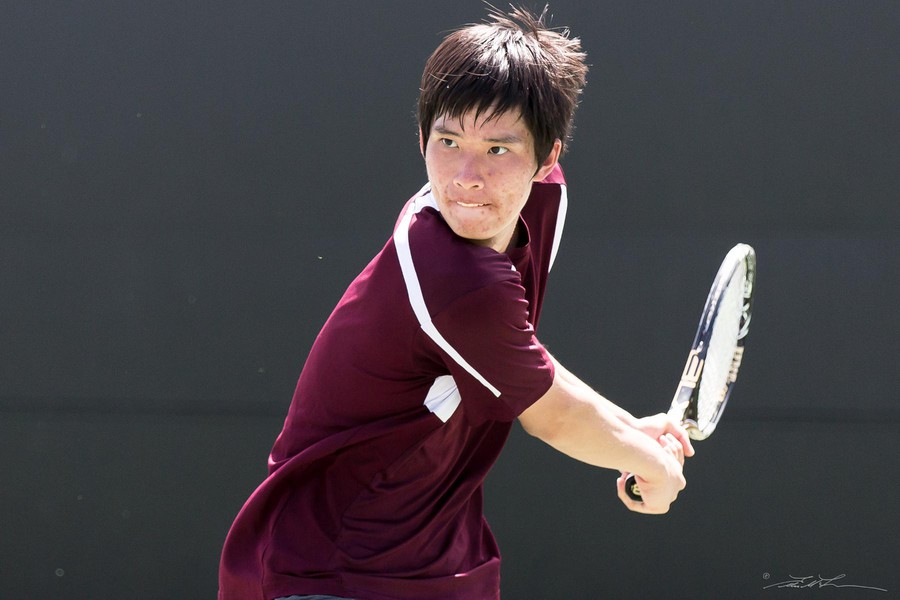 Second-year Charlie Pei gets ready to hit the ball over the net.

This upcoming weekend will be a very important one for tennis here at UChicago. After a nearly four-month-long hiatus, both the men’s and women’s teams will finally be back in action this coming Saturday. The No. 5 men’s team will travel to Cedar Rapids, Iowa to face off against No. 35 Coe, while the No. 10 women’s team will take on Lewis here in Chicago.

On the men’s side, the excitement to get back on the court after a long break is palpable. “I’m really excited for the season. We’ve got a good group of guys, and we’re practicing harder than ever,” third-year Peter Leung said. “I’m confident about our season and ready to battle Coe.”

The matchup against Coe should be an easy victory for Chicago. In addition to the difference in their rankings (Chicago sits a full 30 places above Coe), historical evidence also points to a Maroon victory. The two teams have yet to face each other or any common opponents this year. However, the South Siders enjoyed a decisive win over the Kohawks last year. In an impressive performance, the Maroons managed to achieve a 9–0 shutout.

In spite of another victory being more or less assured, the team is maintaining a high level of enthusiasm and commitment going into Saturday’s match. “I think we’ve been practicing really hard and are excited to go out to Iowa and to compete hard together as a team,” second-year Charlie Pei said. “We are focusing on competing hard and playing specific patterns that coach Tee has mapped out to ultimately play smarter as a team,” he concluded.

The women’s squad seems to be equally excited and focused going into Saturday’s competition. “We are feeling pretty confident going into this match,” said second-year Kaela Bynoe. “We only started official practice about a week ago, but because we’ve been training so efficiently, we have really come together perfectly as a team. In particular, we've been focusing on attacking strategies as a way to get an early upper hand in rallies,” she elaborated.

If their performances this past fall during the outdoor season are of any indication, the women’s team is on track for both a victory this weekend as well as a successful indoor season. The South Siders managed to achieve a 9–0 win against Carthage in September and had many strong performances at the ITA Central Regional in October. Like the men’s team, the women have yet to face off against this weekend’s opponent, Lewis, this year. However, in their last match against the Flyers, the Maroons managed to secure a solid 6–3 victory. It therefore seems likely that the women’s squad has a good chance of walking away from their match this weekend with their first victory of the season.