Back to the Drawing Board

UChicago’s deeply homogenous Board of Trustees cannot serve the needs of our diverse student body. 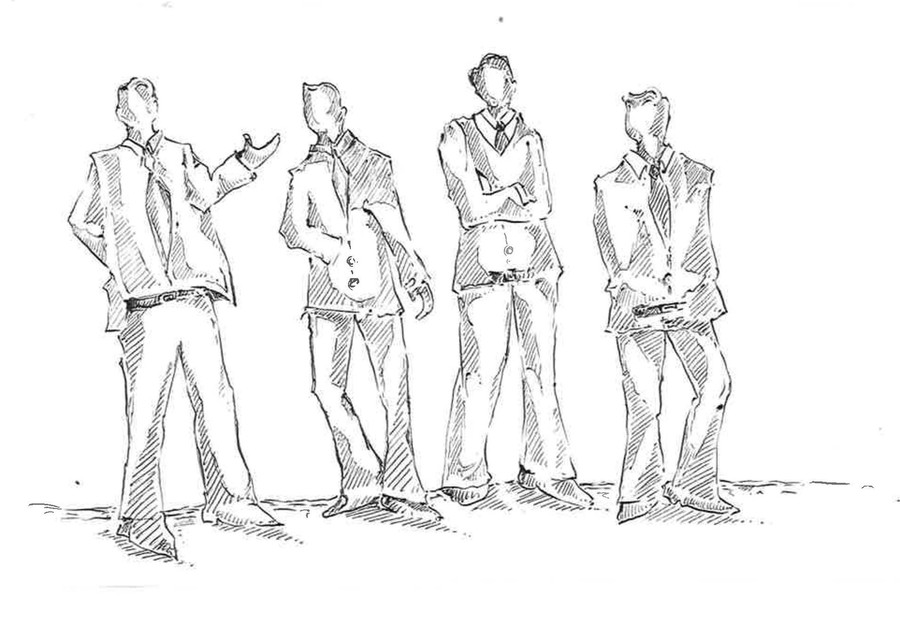 Over the four quarters I have spent writing for The Maroon, most of my op-ed pieces have critiqued our university’s lack of administrative transparency and its reluctance to listen to students’ concerns. Decisions regarding graduate student unionization, negligent handling of Title IX cases, and a superficial and vacuous commitment to “free speech” reveal time and again the poor judgment of the administration. Many of the University’s recurring problems stem from the demographics of the administrators making the decisions; more often than not, administrative decisions reflect the priorities of a homogenous group of privileged, white men.

The University’s Board of Trustees, for instance, consists of 55 members who oversee the University’s large-scale programmatic goals and its financial resources. The nine standing committees of the Board focus mainly on maintaining University finances, with trustees providing financial support and helping with fundraising. Troublingly for a body endowed with such far-reaching powers, only seven of the 55 members serving on the Board are people of color.

I do not dispute the need for a board of trustees of this type, since the University obviously needs a group to manage its financial operations. However, while the choices that the administration has made are clear in its objective of “advocating for the University locally, nationally, and throughout the world,” it is also necessary to acknowledge that these decisions have been made by an association of predominantly affluent white men.

The few people of color in positions of power in University leadership are rare examples, reflecting coincidence more than any explicit University efforts to diversify its administration. The exceptional person of color is never a sign of real social progress. Not only this, the racially diverse members of the administration or the Board of Trustees are also of high socioeconomic status. Co-founders of capital management firms, vice presidents of foundations, and CEOs of major financial companies all hold similarly high-paying positions, hardly reflecting a deep diversity of perspective and experience. Our university leadership consists of the top one percent of the United States in terms of adjusted gross income, and then some.

Perhaps it’s unfair to specifically call out UChicago for this issue, since many other boards of trustees at elite universities fit this profile. But UChicago’s Board is remarkably homogeneous compared to other colleges and universities. Take Amherst’s board—which includes a screenwriter and a vicar—or Princeton’s board—which includes a local news anchor and a global citizenship instructor. Even Harvard’s board, though far from perfect, still features academics and environmentalists. Our university, on the other hand, has a single director of a justice project and one newspaper columnist amid a sea of finance and corporate executives.

A counterargument in defense of this glut of corporatism is that our school’s strong economics program simply produces these types of people, who happen to be among our most “successful” alumni. However, our school is renowned for graduating academics who strongly influence every field, yet we don’t have a single professor on our board (excluding President Zimmer) when compared to other schools who don’t pride themselves as much on rigorous inquiry. Needless to say, nonfinance figures from outside academic communities would also have much to offer to a potential board. Surely, we have notable, successful graduates from more diverse fields and backgrounds. Rami Nashashibi (A.M. ’98, Ph.D. ’11), a social justice activist who won a MacArthur Foundation grant this year for South Side–based civic engagement efforts, serves as a prime example.

Why does this lack of diversity matter? The immense privilege of UChicago’s trustees calls into question their ability to fully consider the interests of UChicago’s heterogeneous student body, and whether they are actually able to lead the University’s continuous movement for diversity. How could the most privileged members of our University community speak for all of us?

My last op-ed explored the roles and responsibilities of administration members at the University and how the notoriously secretive administration is at fault for its often-contentious relationship with the greater UChicago community. Seeing that similar problems plague our Board of Trustees, I wonder if increased communication between the administration and students would do much at all to resolve the disconnect between the University and its student body. Other boards at similarly elite universities, while imperfect, should serve as a framework for UChicago to consider.