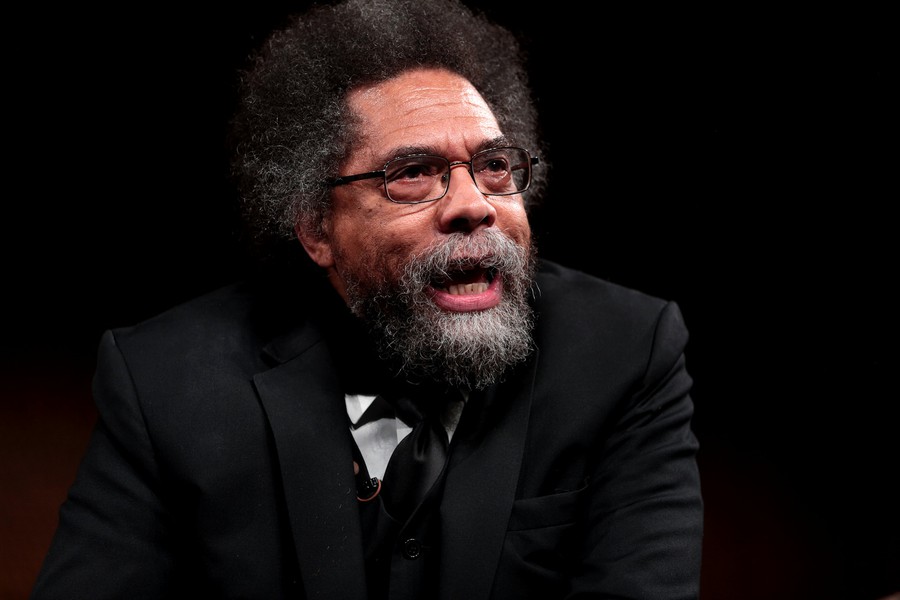 West is known for his radical leftist politics and his criticism of Obama.

Prominent philosopher and social critic Cornel West discussed systemic racism and oppression at a discussion panel hosted by the Divinity School on Saturday.

Moderated by Divinity School professor Richard Miller, the discussion was organized by UChicago’s Ethics Club and was open to the public.

During his opening address, West argued that racism is deeply rooted in social issues stemming from capitalism and imperialism.

“One of the things that brings tears to my eyes these days is that people are becoming a superficial spectacle—so market-driven, so obsessed with image and status and money, and [are] engaging in a joyless quest for insatiable pleasure,” he said.

West argued that this desire for pleasure leads to the desensitization of surrounding social issues.

“One of the problems with America is we deny the catastrophic, but we’re obsessed with the problematic,” he said. He argued that issues which are deemed insurmountable are trivialized from catastrophes to mere problems. “If you don’t come to terms with your racism, militantism, materialism, issues of poverty and imperial policies, you’re gonna slide down [toward] machismo rule, hubris, and neo-fascist regimes.”

The discussion panel also featured Divinity School Ph.D. students Foster Pinkney and Russell Johnson, as well as Jeremy Rutledge of the Circular Congregational Church in Charleston, South Carolina. They delivered prepared speeches regarding the implications and application of West’s 1993 book Race Matters before the floor was opened to questioning.

In his speech, Pinkney addressed how progress against oppression could be achieved. He referenced Eric Garner, who died of asphyxiation after being placed into a chokehold by New York police officers in 2014. Pinkney argued that Garner’s death serves as a prophetic symbol.

“The cry of ‘I can’t breathe’ is a spark that ignites the humanity within the oppressed,” he said.

Johnson discussed increasing political categorization and division within society, noting that West has often refused to subsume his political ideologies into particular categories. In Race Matters, West takes stances which draw from beliefs across the political spectrum.

“The liberal-conservative dichotomy makes it difficult to accept new changes and ideas,” Johnson said. “American critics have to push not only against injustice, but also against what their readers are likely to believe.”

Rutledge’s speech argued that injustice and oppression ought to be fought with compassion, suggesting that “justice is simply a public form of love.” He stated that, in response to tragic events, individuals must do more than condemn the act: “Prophetic critique must call out suffering as well as the indifference to those who are suffering.”

West also elaborated on his clash with activist and writer Ta-Nehisi Coates.

Coates deleted his Twitter account last December after an online feud with West, in which West alleged that Coates failed to address former president Barack Obama’s use of drone strikes and connections to Wall Street in his 2017 book on Obama’s presidency, We Were Eight Years in Power.

“When [Coates] talks about white supremacy, he hardly talks about empires,” West said, referring to the connection he sees between racism and imperialist and capitalist systems. “You have to have moral consistency.”