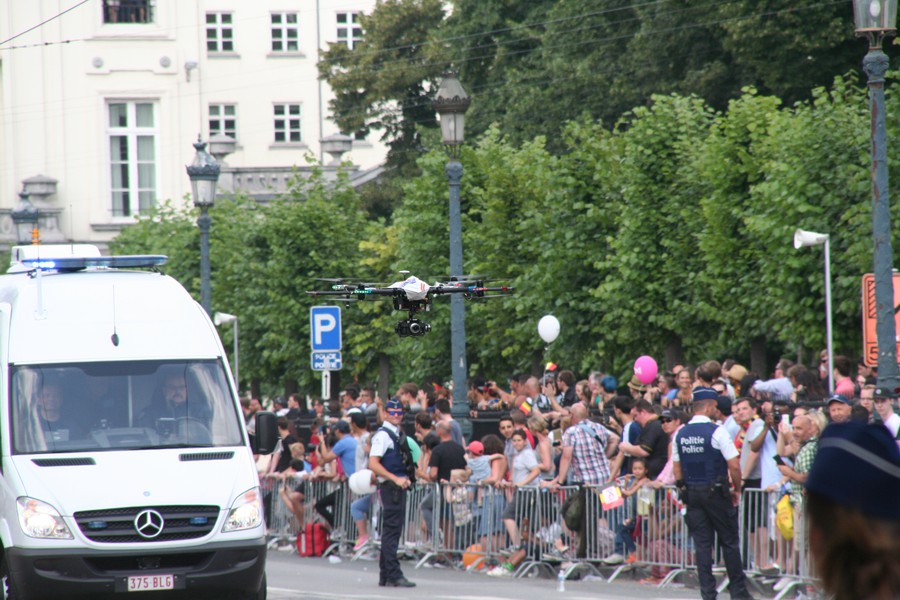 A European police drone hovers near a crowd. Last week, the Illinois State Senate passed a bill, proposed in the wake of a shooting at a concert in Las Vegas, that would allow police to use aerial drones to monitor large crowds.

Citizen Bulletin for the week of April 30 to May 6

Good morning. Our highlights from this week include: Mayor Rahm Emanuel announced that the Obama Presidential Center will also house a branch of the Chicago Public Library; Governor Rauner recommended, after a task force investigation, that the Quincy veterans home should be rebuilt at a cost of around $200 million; State Senator Kwame Raoul abstaining, the Illinois State Senate passed a bill proposed in the wake of the Las Vegas shooting that would allow police to use aerial drones to monitor large crowds in public spaces, a policy supported by Mayor Emanuel.