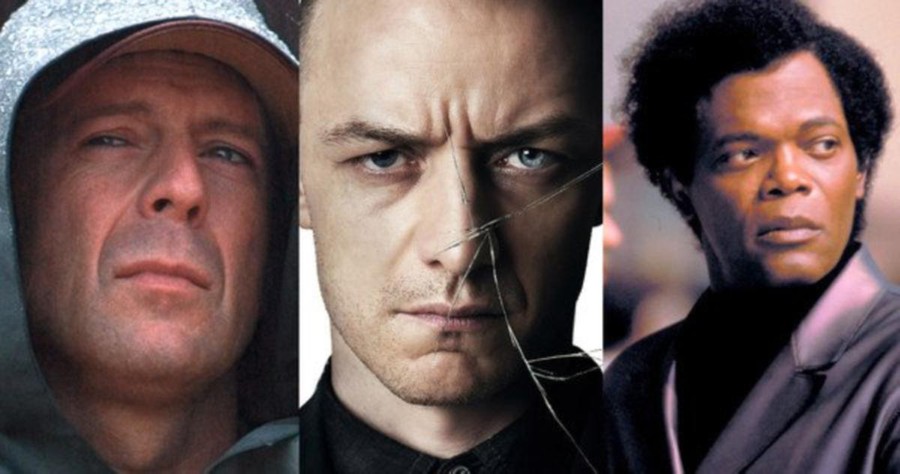 Courtesy of Revenge of the Fans

It’s hard to be an M. Night Shyamalan fan. Unbreakable and Split are both incredible movies with a very clear purpose and a finely crafted aesthetic. As a result, my expectations were almost impossibly high for Glass, the third movie in Shyamalan’s surprise trilogy. Many fans like myself expected a cinematic experience worthy of its predecessors, at the very least. Glass not only failed to meet those expectations, but its convoluted and contrived story actively detract from the compelling narrative set into motion nearly 20 years ago.

The movie’s plot is relatively simple on the surface: David Dunn (Bruce Willis), Mr. Glass (Samuel L. Jackson), and Kevin (James McAvoy) end up in a psychiatric hospital. As explained in Unbreakable, Dunn has superhuman strength but is extremely vulnerable to water. Mr. Glass has superhuman intelligence, but has brittle bones that easily break. Kevin, known as The Horde and introduced in Split, has many different personalities, one of which also appears to have superhuman strength and agility. Sarah Paulson plays a psychologist attempting to convince them that they do not, in fact, have superpowers, but rather a dangerous delusion.

Without delving into the details of the Shyamalan plot twists that everyone has come to expect—of which there are many in this film—Glass actually has an extraordinarily convoluted plot. However, this is not initially apparent. The film’s first act is extremely entertaining, though somewhat rote and very reminiscent of other vigilante superhero stories. The interminable second act of this movie, which our main characters mostly spend in the psychiatric hospital, is utterly uneventful. The third act, where the action of the film really kicks into gear, is by far its most divisive. Shyamalan’s plot-twistery is so prevalent in the third act that it feels tacked-on; the film’s conclusions are cheapened by hard-to-swallow reveals which do not connect in a meaningful way to the rest of the franchise’s story. I suspect fans of Unbreakable in particular will feel very dissatisfied with the strange way that Shyamalan concluded David Dunn and Mr. Glass’s character arcs.

In terms of performances, McAvoy is great as always. It is an absolute treat to watch him seamlessly shift between distinct personalities without breaking his stride. Bruce Willis is clearly somewhat more invested in this role than he has been in other recent roles, but his performance still lacks the subtle emotional depth of Unbreakable. Samuel L. Jackson is in a similar position where his performance does not approach the heights of his performance in the trilogy’s first film. Moreover, Shyamalan does not give Jackson or Willis much to work with in the film. This is very much more of a Split sequel than an Unbreakable sequel in terms of focus. This is a real shame, considering the breadth of stories Shyamalan could have told with the characters he developed so well in 2000.

Overall, Glass is a strange movie. It is certainly competently shot, and Shyamalan’s message to the audience about superheroes and comic books is heard loud and clear. However, the way he decided to convey that message often feels nonsensical and even occasionally patronizing to comic book fans. This is not the sequel that we were hoping for after almost 20 years. Shyamalan’s ideas and his overcommitment to grand plot reveals betray the spirit of the characters he built with Unbreakable and shatter all connection the audience may have had with them. If you are a die-hard Unbreakable fan, watch this film with caution. You might be better off allowing the first movie’s powerful conclusion to stand on its own.