Subtlety, Thy Name Is Not Urie 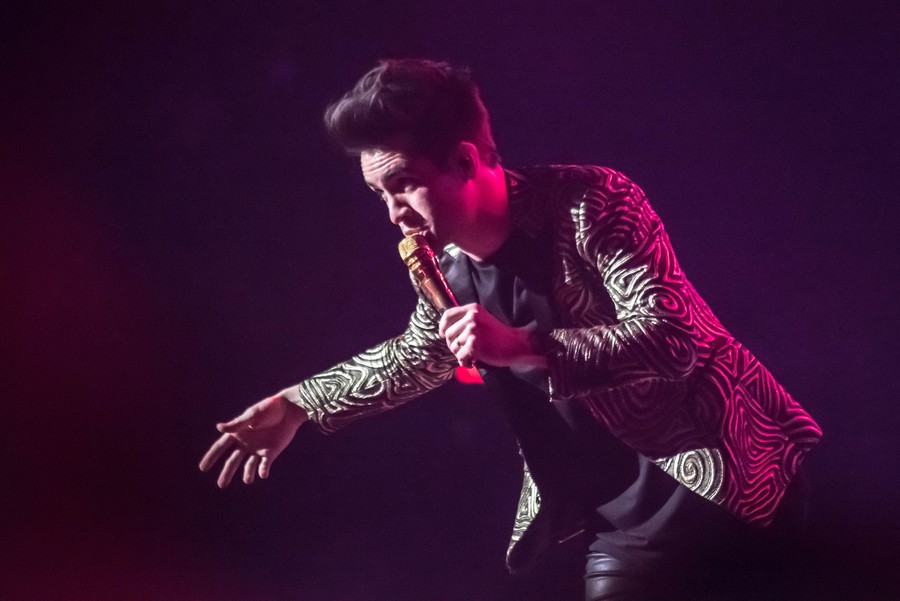 Urie performed with the Charisma of an Emperor with no clothes.

While performing, bandleader Brendon Urie has the wild expression of a madman in his eyes. On February 4, concertgoers packed the Allstate Arena, where Panic! At The Disco performed their 18th show of this year for their sold-out Pray for the Wicked tour.

The concert opened with two solid acts: Betty Who and Two Feet. Who, donning a sparkly dress to match her platinum blonde hair, ran through a few of her hits, including “I Remember,” “I Love You Always Forever,” and “Somebody Loves You.” The bright and infectious energy of her upbeat songs and choreography hyped up the crowd as they trickled into the arena.

Two Feet took to the stage after Who; although the flashing strobe lights were a bit too bright, the enthralling instrumentals built up momentum through songs like “Back Of My Mind,” “You’re so Cold,” and “I Feel Like I’m Drowning,” to which the audience responded enthusiastically, memorably bobbing the flashlights of their phone cameras up and down to the beat of Two Feet’s viral hit, “Go Fuck Yourself.” Then, the stage darkened. A massive timer lit up the backdrop, counting down from 10 minutes as the crowd cheered in anticipation. 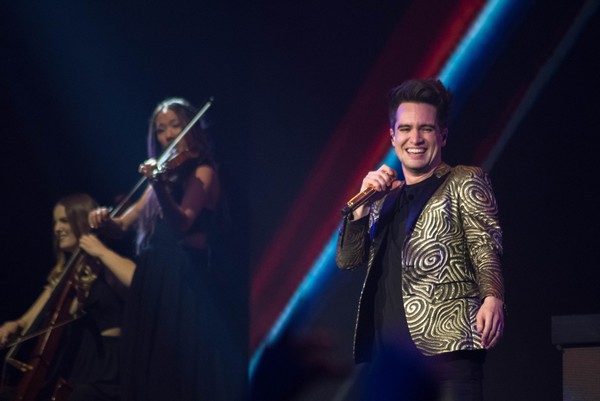 The set opened with “(Fuck A) Silver Lining”, during which a shower of silver streamers was released from the air.

One thing’s certain: Brendon Urie knows how to dominate a show. When the countdown finally reached zero, Urie jumped out onto the stage, launching Panic! At The Disco’s first song of the night, “(Fuck A) Silver Lining.” To fit the song, silver streamers were released from the ceiling, illuminating the dim arena with a brilliant shower of silver. Accompanied by an instrumental ensemble, including drummer Dan Pawlovich, bassist Nicole Row, and guitarist Mike Naran, as well as classical string and brass musicians, Urie seized control of the crowd, charismatically holding it until the end of the concert.

The band Panic! At The Disco and the performer Brendon Urie may as well be synonymous at this point. As Panic!’s frontman and the only remaining official member, Urie both defines and defies the image of the band that long-time fans are used to. The performance at the Allstate Arena solidified his immense and overwhelming stage presence. He performed incredibly, moving across a suspended platform while playing the piano and singing “Dying In LA,” or wrapping himself in LGBT pride flags provided by the crowd during “Girl / Girls / Boys,” a sizzling bisexual anthem.

Urie’s capabilities as a performer are well-honed and carefully calculated, his grandiose theatricality being the obvious result of both years of practice as well as a natural command of character. The stage was literally on fire during “Crazy=Genius” and “Miss Jackson.” This dramatic flair, no doubt inspired by Urie’s recent Broadway stint in the musical Kinky Boots, pervaded the whole set. Each dance move, vocal ad-lib, and interaction with the crowd was choreographed to capitalize on the audience’s love for Panic!, especially during the fan-favorite “Death of a Bachelor.” The stage itself was reminiscent of a Broadway musical: Fog machines spewed out smoke as lightning flashed across the backdrop during “King of the Clouds,” while technicolored spotlights turned the set kaleidoscopic during “Vegas Lights.” It was booming, unbridled, and impressive.

The performance spanned 28 songs, including covers of “Bohemian Rhapsody” and “The Greatest Show,” and brimmed with fiery energy all throughout. From leading a spirited sing-along of “High Hopes” to earning the audience’s screams of adulation while donning a plastic crown for “Emperor’s New Clothes,” Urie commandeered the crowd like a king of the stage, with a madman’s genius, grandiosity, and glory. 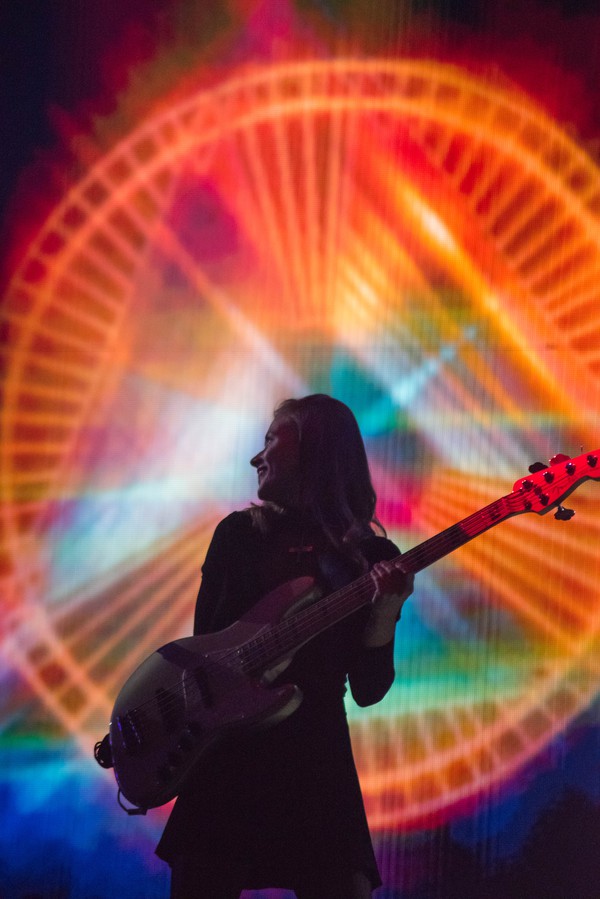 The performance spanned 28 songs, including covers of “Bohemian Rhapsody” and “The Greatest Show,” and brimmed with fiery energy all throughout.