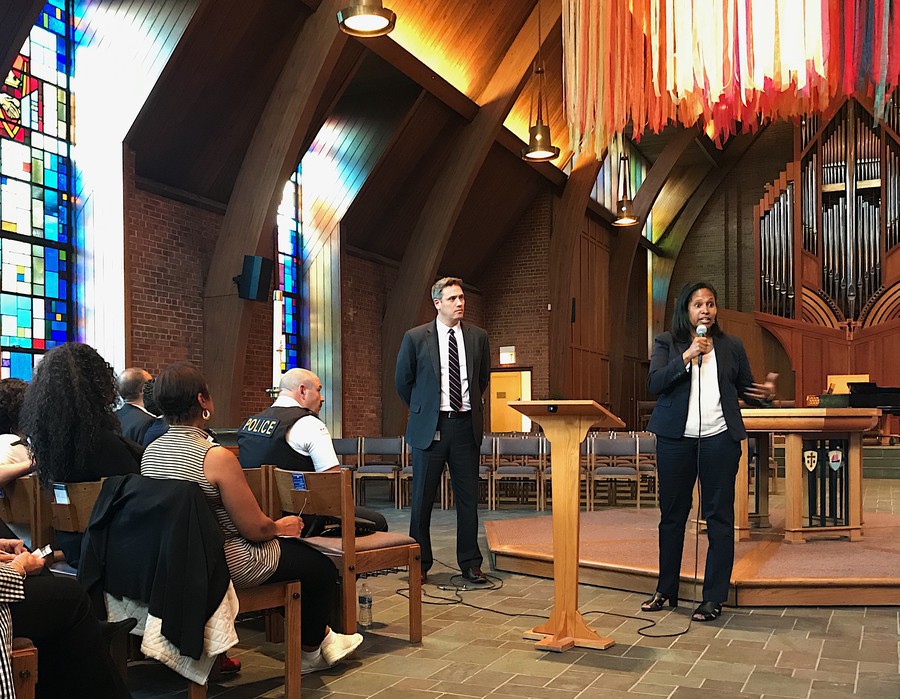 Fourth Ward Alderman Sophia King will win over challenger Ebony Lucas, as of late Tuesday night. This will be King’s second victory over Lucas: The two faced off in a 2017 special election in which former president Barack Obama endorsed King.

After the surprise resignation of Will Burns, King was appointed to her current seat by Mayor Rahm Emanuel in April 2016. Burns went to work for Airbnb.

The former President of Kenwood Park Advisory Council, King is also a cofounder of Ariel Community Academy in the North Kenwood/Oakland area and the founder of Harriet’s Daughters, a nonprofit professional women’s group that aims to increase the employment and wealth of Black Americans.

She has pushed for a number of parliamentary changes that would create a stronger City Council, more independent of mayoral control, as well as a rule that would require aldermen to disclose conflicts of interest when abstaining from votes. King also successfully advocated for a task force to examine expansions of mental health services in Chicago, following the closure of half of the city’s facilities in 2012. She also spearheaded the renaming of a major road after pioneering Black female journalist Ida B. Wells.

Newly Reelected Sophia King Looks Ahead to Next Four Years