Author Julietta Singh discussed her book, "No Archive Will Restore You", a poignant treatise on personal archives, identity formation, as well as physical and emotional refuse. 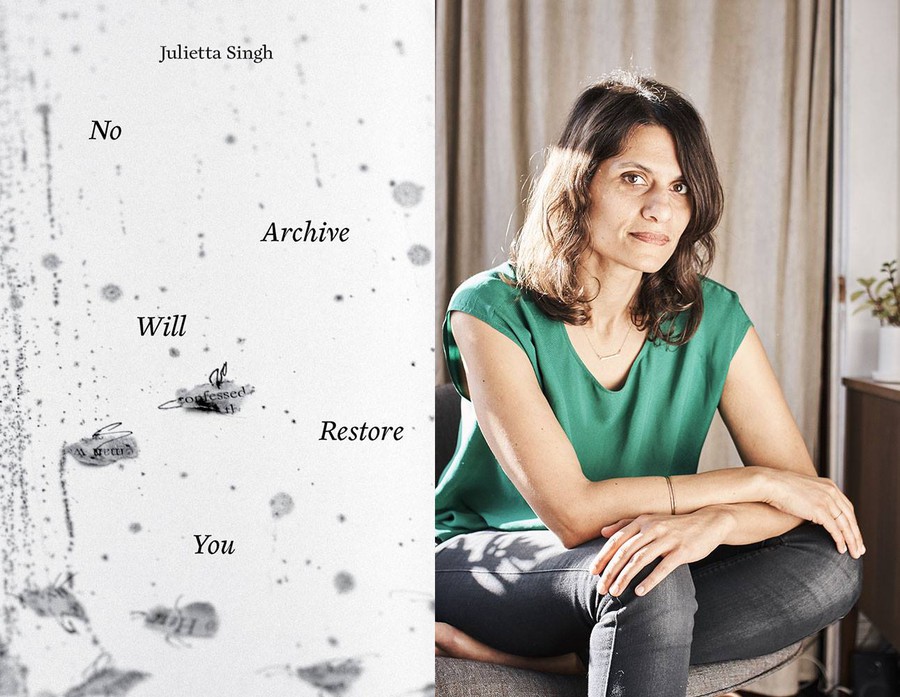 “Shit can be something that we recalibrate and reconstitute altogether in a way that doesn’t merely disavow it.”

We are all a “messy, embodied, illegitimate archive,” Julietta Singh declared last Monday at the Center for the Study of Gender and Sexuality. As part of the LGBTQ Speaker Series, Singh, an associate professor of English and women, gender, and sexuality studies at the University of Richmond, read from her new book, No Archive Will Restore You. Singh discussed it in conversation with filmmaker and University of Chicago Banting Postdoctoral Fellow Chase Joynt.

No Archive Will Restore You is difficult to categorize into one genre; it traverses memoir, essay, poetry, and theory. Singh draws lyrically from a range of personal memories—she writes of the painful scene of her father’s death, the overflowing desire of a long-distance romance, as well as a fleeting childhood moment of self-recognition in a queer adult family member. Singh incorporates concepts from a host of thinkers, such as Jacques Derrida, Leslie Feinberg, and Maggie Nelson.

The book is organized into vignettes of Singh’s life, cataloging important moments of identity formation, scenes of intense affect, and experiences of loss. This series of vignettes seems like an attempt at an archive—how else would one document a life, if not through those transformative moments? The book feels so deeply personal, in part because Singh refers to the other people in her life by their first initial (as one might do in a diary). Yet in her openness to share these intimate details, the book also places her life outside herself, memorialized into its object.

A written catalogue of significant experiences can never comprise an entire life, a point that Singh was quick to note. An archive of the self is full of holes and is created under the premise that it is always incomplete.

In writing this book, Singh said she was “trying to pervert the idea of the archive in a way that allows us to think about—in the Derridean sense—its impossibility. But also, the ways in which the very notion of the archive is always being lost, and always deteriorating, and always spilling out of everywhere.”

In doing so, Singh was never just focusing on the normatively positive elements of her life, nor was she trying to portray herself in a certain way. She discusses the gritty, uncomfortable moments as well—vomit, bodily pain, surgery, giving birth. She found that these subjects are often not talked about with an intersectional focus. For example, she could not find herself in the canonical books on eating disorders, which assumed the white bourgeois girl as their subject. “I was trying to understand my eating disorder, and it seemed entirely mixed up with race and entirely mixed up with gender,” she said.

Not only did Singh discuss the gritty experiences of embodiment, but she also quite literally talked shit. She told us stories about the way shit figured into her own family life, and the way she includes open discussions about ecologies of the body with her daughter. “Shit for me became a way of thinking about the things that one necessarily has to get rid of,” she noted. “Shit can be something that we recalibrate and reconstitute altogether in a way that doesn’t merely disavow it.” It allows us to think about what gets remembered and remains valued, and what gets flushed away.

No Archive Will Restore You is poignant and beautiful, bringing all areas of discussion into academic focus. It is published by Punctum Books, an independent open-access publisher, meaning her book will soon be freely available online.