Lightfoot to Be First Alumna as Mayor; Hairston in Closest Race of Her Tenure | Newsletter for April 4 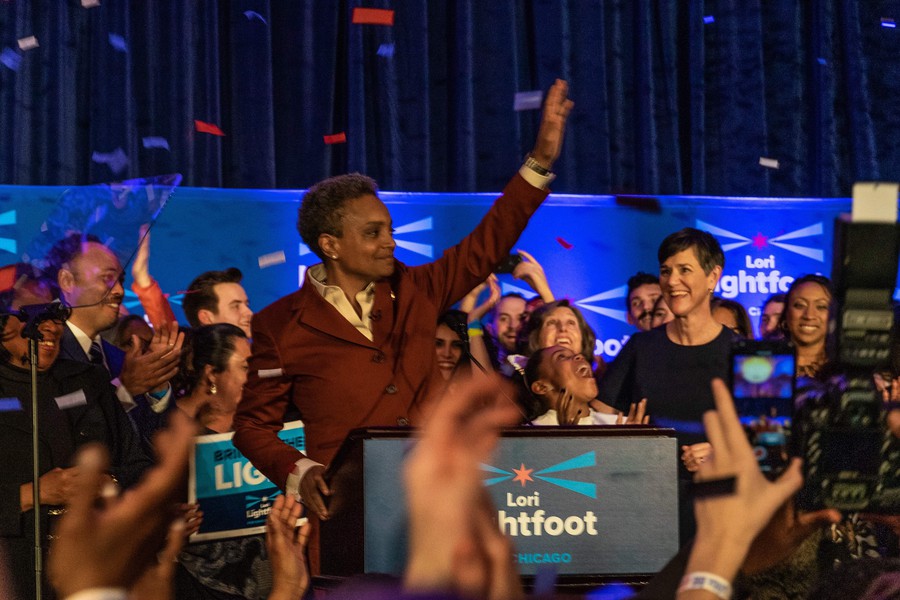 Lightfoot celebrating at her campaign party in South Loop.

By Elaine Chen    and Deepti Sailappan

In the Fifth Ward race, challenger William Calloway and incumbent Leslie Hairston were neck and neck, and as of 11 p.m. of Tuesday night, the results were too close to call.

The president of Ghana, Nana Akufo-Addo, stopped by I-House on Monday as part of a longer visit to Chicago in which he also met with Mayor Rahm Emanuel.

Ahead of runoffs, Grey City writer Alex Dalton asked the two candidates in the 20th ward how they planned to avoid the corruption scandals that have dogged many of their predecessors.

Editors Alison Gill and Brinda Rao discuss how the Maroons represented UChicago across the globe during their annual spring training trips.