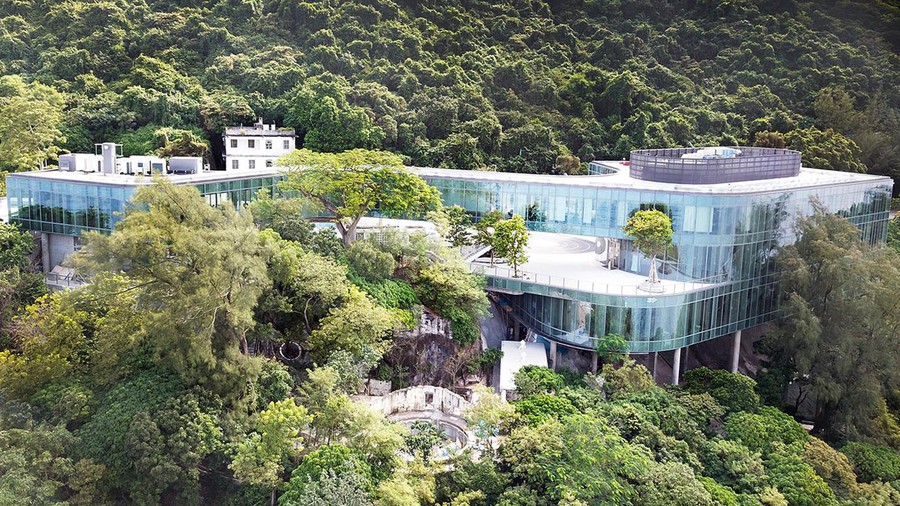 The Hong Kong Campus was opened in November 2018.

By Oren Oppenheim    and Caroline Kubzansky

The University of Chicago is closing its Center in Beijing and Hong Kong campus until at least February 17, and Career Advancement has cancelled an upcoming trek to Shanghai and Hangzhou, due to the recent spread of a novel coronavirus. The move comes as the city of Chicago and O’Hare International Airport take precautions against the illness, and as airlines such as United reduce flights to China through late March.

The illness associated with the coronavirus is a respiratory condition that likely travels between patients through coughing and sneezing, not unlike the common cold. The strain of coronavirus with which public health officials are dealing was previously unknown to researchers, which supplies its “novel” classification.

The campus closures were based on advisories released by the State Department and the Centers for Disease Control and Prevention (CDC), which recommend that Americans avoid travel to China in light of an outbreak of the coronavirus, known as 2019-nCoV. The closures were announced in an email from University provost Daniel Diermeier to the student body, sent at around 8:30 p.m. Chicago time on Tuesday night.

According to Diermeier, other universities in the region have also been closed until the February 17.

“The University strongly discourages all travel to mainland China and Hong Kong during this period,” Diermeier wrote. “Because of quarantine measures that are taking effect in China and the U.S., the University may not be able to effectively assist travelers attempting to return from China.”

University members who “absolutely must travel to mainland China or Hong Kong” are asked to register through UChicago's Traveler service, which facilitates assistance to University members in crisis abroad, or to contact a specialized address, coronavirusinfo@uchicago.edu, with any questions about travel or programming that could be affected by the closures.

On January 24, Diermier had sent a more general email about the University’s response to the spread of coronavirus on the heels of a confirmed case in Chicago, the second confirmed case in the United States. At the time, he discussed UCM’s screening procedures and other precautions, but wrote that the Beijing center and Hong Kong campus had not made any “broader change in their operations.”

On Wednesday afternoon, applicants to Career Advancement’s Shanghai and Hangzhou business trek, which was scheduled to take place at the end of March, received an email from Career Advancement associate director of external relations Erwin Paderanga about the cancellation of the trek.

“In light of the coronavirus outbreak in China, the upcoming trek has been cancelled to ensure student safety and well-being,” Paderanga wrote, which was shared with The Maroon by an applicant. “We plan to reschedule the trek for September.”

Paderanga also emphasized that Career Advancement will continue connecting students with career opportunities in mainland China and Hong Kong, including upcoming treks in August and December.

In an article on UChicago Medicine's website, Emily Landon, an infectious disease specialist, wrote that while information is scarce on this kind of virus, “we know the virus can be transmitted from person to person and it is passed by coughing and other close contact.”

In the piece, Landon emphasized the low likelihood of actually catching the virus in Chicago, although those who have been near travelers in the affected area and are having a fever and respiratory symptoms should contact their doctors.

Many of the infected frequented a meat, fish, and poultry market in Wuhan, China. As of Wednesday night at 8:20 p.m., about 7,000 cases of coronavirus have been confirmed. 170 of these cases have resulted in deaths.

“Programming beyond February 17 will be evaluated as the situation develops,” Diermeier wrote in his Tuesday night email. “We are working to ensure the safety of University personnel still in mainland China and Hong Kong.” He also reiterated the University's commitment “to the research, education, academic collaborations and community partnerships that our locations in Beijing and Hong Kong make possible, and we look forward to the resumption of activities as soon as conditions allow.”

Diermeier also added that no one at UChicago Medicine (UCM), the University's hospital, or within the University community has “tested positive for 2019-nCoV,” but UCM and Student Health Services “are screening all patients” based on CDC guidelines.

UChicago Study Abroad runs various study abroad programs in mainland China and Hong Kong, including a Hong Kong: Colonizations civilizations program in the spring and a Beijing: East Asian Civilizations program in the fall. A new Hong Kong: Economics program that was supposed to be run this quarter was moved to the University’s Center in Paris after political unrest in the city spilled over to the university where the program’s housing would be located.

No announcement has been made yet regarding the Hong Kong: Colonizations program scheduled for this spring.

Other branches of the University are also taking precautions. ABC7 Chicago reported on Monday that an exchange program set to bring Chinese students to the University's Laboratory Schools has been postponed due to the outbreak.

The University’s Yuen Campus in Hong Kong has been closed since January 29 in response to the outbreak.