The Best Breakout Room on Campus (and No, It Isn’t Run by the University) 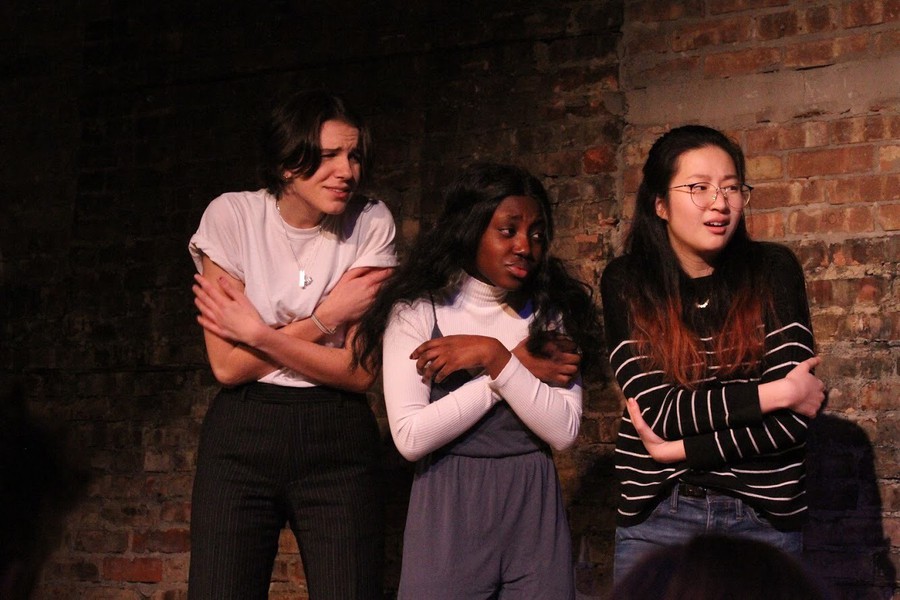 "Breakout Room" does an incredible job of balancing goofy, timeless, and absurd bits like Joey’s with humor tied into this political moment.

Quarantine can be a bummer, but not if you’ve got Jo Blankson, Liva Pierce, and Anne Lim around! Over the course of the pandemic, these three members of Off-Off Campus’s 33rd generation have put on Breakout Room, a Zoom-based comedy show, for hundreds of people looking for a laugh. While the name might hearken back to some semi-painful contemporary online school experiences, the show is anything but. In fact, it’s the perfect escape from the inevitable panic-inducing headlines of these past weeks. The hosts open with a slideshow explaining the theme, which can be anything from “Black joy” to “slumber party.” Before getting into the comedy, they highlight a few organizations they are raising funds for, and, before you know it, they’re whizzing through a slideshow and introducing guests from across the country.

So how does the magic happen? According to them, none of it feels like work, but setting up the event requires quite a bit of back end effort. Excluding the actual performance, which runs for about an hour, the trio spends about two hours booking guest performers via an online form, four or five hours coming up with a theme and preparing the slideshow, and another hour running tech. Their hard work clearly pays off—50 or so people show up for each performance, and one Breakout Room generally raises about $200 for their chosen cause. (Their inaugural show raised about $600.) Jo, Liva, and Anne attribute much of their success to their ever-changing guest list, which includes a diverse array of 20-something comedians. Some of them are Twitter mutuals, some are best friends from home, and some are just folks who heard about the show and wanted to get involved. My personal favorite bit was when UChicago third-year Joey Cipriano did a shot of fish sauce at the end of his set about buying an absurdly large quantity of it on Amazon. Heart healthy? Not a chance, but it definitely made me smile.

I was a big fan of their response to the "Wicked" promotional image put out in the wake of the Black Lives Matter movement (because quite honestly, this image was made to be made fun of).

Breakout Room does an incredible job of balancing goofy, timeless, and absurd bits like Joey’s with humor tied into this political moment.  This is highly intentional: Jo mentioned that comedy often has a political function, and Breakout Room comedy is clearly tied to leftist, abolitionist values. At the same time, comedy doesn’t always have to offer heavy, thoughtful analysis. Anne believes that it’s often about building community and making people feel joy in a world that sometimes feels like a never-ending series of crises. Their show on restorative justice toed the line between politically relevant criticism and lighthearted humor excellently, making audiences feel comfortable chatting about a topic that generally wouldn’t be easy to discuss with 50 strangers. After introducing the topic, they went through a PowerPoint highlighting different “wrongs” done to society at large, encouraging the audience to vote on the proper mode of restorative justice. I was a big fan of their response to the Wicked promotional image put out in the wake of the Black Lives Matter movement (because quite honestly, this image was made to be made fun of). Audiences got to choose from three ways to “restoratively address this harm,” including:

A.      Punch Idina Menzel in the jaw. She should have spoken up.

B.       Force the Wicked P.R. team to sing the high “oowoahoohoh” in Defying Gravity

Discussion was riveting, and everyone tried to add their two cents before moving onto the next slide.

In addition, Breakout Room doesn’t force preexisting notions of stand-up onto a virtual platform. Instead, the hosts emphasize the virtual aspect of the show, utilizing screen share and the chat feature and laughing through any technical difficulties that may arise. Anne sees it as an opportunity to try new things, noting that “you can have a joke that’s just words, or words on the screen but you’re saying something different, or a song is playing…there are so many layers…the medium adds another place for jokes.” The group also mentioned that a Zoom show is more accessible, drawing crowds from across the country, making the event feel more communal in the process: it isn’t three performers staring at a dark audience. The platform ensures that the comedian speaking is the same size as an audience member munching on Cheetos in bed. For that reason, Jo says it feels much more relaxed, almost like a “congregation of friends.”

That sense of community has inspired all three of them to consider pursuing comedy, which is exciting for them and for us, because I personally would love to see more of their content. While going into comedy was never much of a question for Liva, who attended a program geared toward future comedians during her gap year, Jo and Anne have both been reassured by the show’s success. “Maybe it’s Breakout Room. And maybe it’s just getting older, but I believe a little bit more now that it’s possible,” says Jo. “Now, we have so much evidence we can do it.” 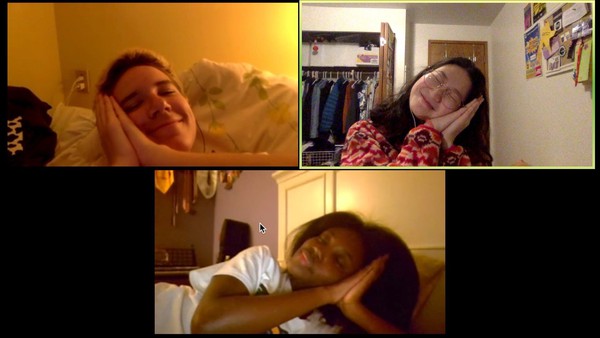 Instead, the hosts emphasize the virtual aspect of the show, utilizing screenshare and the chat feature and laughing through any technical difficulties that may arise.

If you’re curious about what exactly their show looks like, all I can say is that you should check it out for yourself: you won’t regret it. Generally, the shows are advertised on Twitter, and a link to some of their past performances can be found here. At the very least, I can guarantee you’ll have a much better time than you’re having in your Classics breakout room.