The town hall featured student's criticism of the University of Chicago Police Department as well as a response by campus administrators. 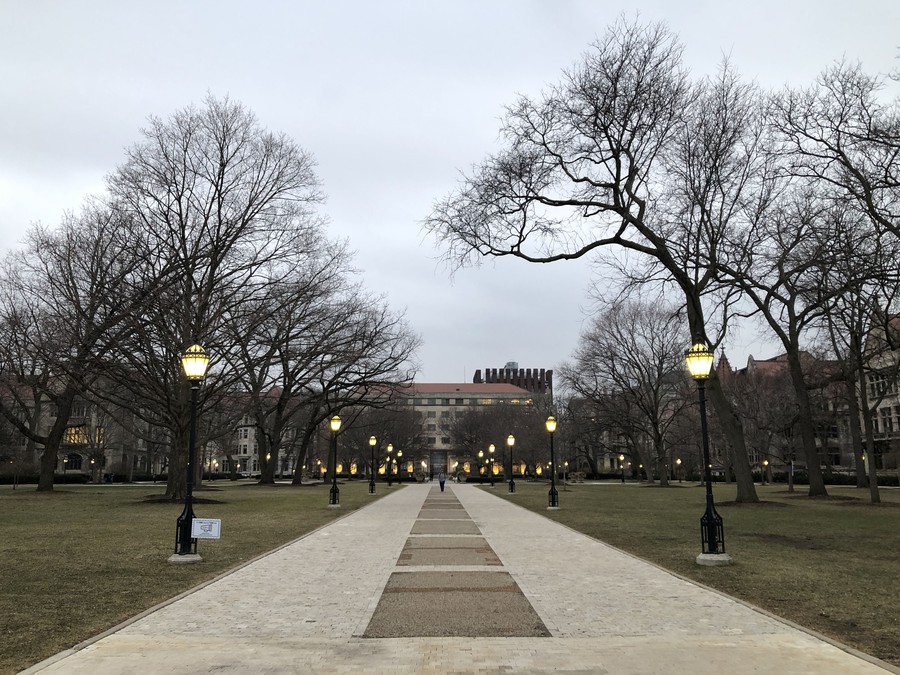 Students criticized the University of Chicago Police Department (UCPD) and advocated for mental health and sexual assault prevention reforms at the Safety and Security Town Hall held by Student Government on October 29th. University representatives also shared the steps that different organizations on campus are taking to increase student wellness and how they are responding to calls for change.

Associate Vice President for Safety and Security Eric Heath and UCPD Chief Kenton Rainey began the event by outlining the various measures UCPD has taken to protect students on and off campus, such as training officers in crisis prevention, providing data about traffic stops and criminal activity online, and launching the UChicago Safe app, which now has 13,000 users.

According to Rainey, UCPD officers receive extensive training. They are required to go through 40 hours of crisis intervention training, which Rainey said is “the gold standard in law enforcement.” In addition, UCPD requires all applicants to have a bachelor’s degree, even though many law enforcement agencies only require a GED.

Rainey also emphasized UCPD’s accreditation by both the Commission on Accreditation for Law Enforcement Agencies (CALEA) and the International Association of Campus Law Enforcement Administrators (IACLEA). “This is a really big deal [in] that there are over 18,000 law enforcement agencies in the country, but only five percent of them have been able to attain and maintain the CALEA accreditation,” he said.

Students present at the meeting, however, shared a much more pessimistic view of UCPD. Zebeeb Nuguse, a third-year, condemned the UCPD for its perceived racism. “Honestly, for me, the UCPD does make me feel ashamed to attend this university. It is one of the largest private security forces in the entirety of the United States and has a jurisdiction of over 65,000 residents,” she said.

Nuguse claimed that present-day police brutality and violence can be traced back to the establishment of law enforcement groups prior to the Civil War. In the North, she said, policing was used to protect whites from Native Americans asserting their rights over their land, and in the South, it was used to chase down slaves and prevent revolts. “I think the historical implications also help give context for my definition of the police, which is, if you want to be very bare about it, they are armed human beings trained in efficient methods of administering violence,” she said.

Fan Ye, education chair of Active Minds and third-year in the College, advocated for defunding the UCPD and reallocating its funds to mental health services and safety on campus. “Opening cultural centers can help integrate our police department into the community they serve because being deeply in touch with mental health, diversity, and the student body that they protect will actually mitigate police violence and systematic ignorance,” she said. “So ultimately it’s care, rather than cops, that make students feel safer at UChicago.”

Third-year Kelly Lo of Phoenix Survivors Alliance spoke about sexual assault prevention on campus. “21.8 percent of undergraduate women and 7.8 percent of undergraduate men have experienced sexual violence since entering UChicago,” they said. Lo claimed that the lack of meaningful resources provided to survivors, coupled with their reluctance to report assault to the police, pointed towards the University's inadequate response to sexual violence on campus.

During the Q&A portion of the event, student-submitted questions were posed to University administration.

In response to a question about the University’s refusal to recognize fraternities and how that could lead to unchecked behavior, Michele Rasmussen, Dean of Students, said that the University is able and willing to hold individuals accountable if the need arises. “What it requires, though, is a complaint, and a lot of times, for whatever reason, people are not willing to come forward and make that complaint that will trigger the type of investigation and adjudication that often follows in our student disciplinary processes,” she said.

Wendy Williams, Executive Director of Community Partnerships, said that the University has been helping the local community with meals and financial support for businesses. “In partnership with the Greater Chicago Food Depository and campus dining, we prepared over 300,000 meals and distributed them at 45 different sites across the nine neighborhoods that we focus on. We’ve provided grants––not loans, but grants––to small businesses totaling more than $840,000 dollars to 200 South Side businesses,” she said. “We also provided grants totaling $400,000 to 79 South Side nonprofits, so the University is definitely doing a lot.”