Last month, the telescope revealed the world’s most detailed, high resolution images of the sun’s surface. A UChicago professor believes it could help save the world from the sun's solar flares. 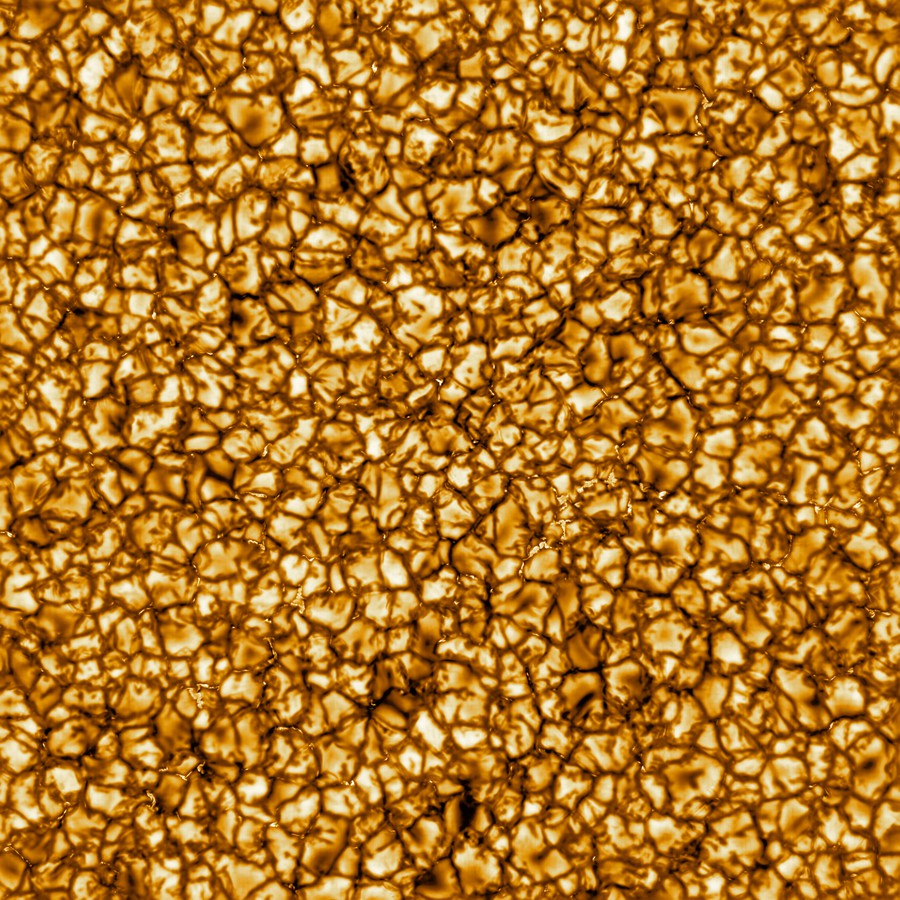 The world’s most detailed, high resolution images of the sun’s surface was taken by the newly operational Daniel K. Inouye Solar Telescope in January 2020.

According to a UChicago researcher, the newly operational Daniel K. Inouye Solar Telescope, on Hawaii’s Haleakalā mountain, might help save the world from the sun’s solar flares.

Last month, the telescope, which was planned by a committee headed by University of Chicago solar scientist Professor Emeritus Eugene Parker, revealed the world’s most detailed, high resolution images of the sun’s surface.

The telescope’s ability to take coronagraph pictures—pictures very close to the sun—is a unique feature that will help enable it to map the magnetic fields within the sun’s corona, the space where solar eruptions occur, that impact our life on Earth.

The Inouye Telescope is the largest, most powerful solar telescope in the world. At 13 feet wide, it collects seven times more sunlight than any other solar telescope, allowing it to produce the clearest, most high-resolution images of our sun ever taken. Named after the late Hawaiian senator David Inouye, planning for the telescope began about three decades ago, but construction did not begin until 2010. Its first solar images were taken in late 2019.

The telescope has been very useful to Robert Rosner, an astrophysics professor at the University of Chicago. Rosner is a theoretical physicist. Much of his time is spent using mathematics to develop and refine theories on the laws that govern nature: what leads to what, and why. The sun is a great playground for this, as it gives off the energy that makes life possible on this planet, but it also has its dangers and negative effects on Earth.

“On the surface of the sun there are energetic events,” Rosner told The Maroon in an interview. “They are akin to explosions; they’re called solar flares. They release enormous amounts of energy, some of the energy comes out in very energetic particles (so electrons, protons, neutrons), and some of them come streaming down to the surface of the sun, and others come right at us [on Earth].”

Solar flares do two things. The first is that these energy particles, carried by the solar wind, can hit satellites, severely damaging them.

“There’s an enormous amount of mass in [the particles],” Rosner said. “When they hit satellites, they can destroy them. Typically, the satellites that we rely on, for example geostationary satellites, are outside of the magnetosphere [a protective shield around the Earth]. They are completely naked in a sense. And unless we do something, they will get destroyed. That’s one thing that can happen.”

The second has just as much of a negative impact. “The other thing that can happen is that all of this mass hits the magnetosphere, and the entire magnetosphere sort of shakes,” Rosner said. “That induces currents on the surface of our Earth, in particular, the electric grids. These currents basically destroy the grid.”

On March 10, 1989, there was an event just like this. A large mass solar flare ejection hit Earth’s magnetosphere and it took down the grid in Quebec. The entire Canadian province had no electricity for about six hours. Similarly, in 1859, there was a big solar event that took down the telegraph systems in both North America and Europe.

While the electricity may return shortly, these events often blow out any transformers, machines that transfer electric energy from one circuit to another, in the area—causing millions to be without power for weeks on end.

“How much warning do we have? We have 12 minutes,” Rosner said. “That’s all we have, 12 minutes. In 12 minutes we have to now turn off all of the satellites. So the obvious thing is that you would like to have a little bit more warning.”

This is where the Inouye Solar Telescope and its high-resolution sun images come into play.

“What we’d like to do is study the precursors to these events,” Rosner said. “Studying [the images], we can understand what leads to little flares, what leads to somewhat bigger flares, until you get to the ones that really matter. And what we’re really interested in is ultimately being able to predict when the really big flares will happen.”

The Inouye Telescope is not the only new technology that will benefit this project. On February 10 of this year, the European Space Agency launched a satellite called the Solar Orbiter. Its main goal will be to get close to the sun, and then push itself out and above the level plane on which most objects in our solar system sit. By sitting higher than all other satellites, the Solar Orbiter will observe the sun from an angle never seen before.

“The idea is to combine this telescope’s coronagraph images with pictures taken above,” Rosner said, “so what we’d love to do is observe an event, to sort of make that connection directly, observationally, and then theorists like me can get busy and build models for this. Once we have this information, then we can start working on the theory of trying to predict.”