Living and Obsessing in the Time of Tame Impala

“The Slow Rush,” Tame Impala’s much-awaited follow-up to “Currents,” cements his position as perhaps one of the best producers alive, and makes the five years well worth the wait for fans old and new. 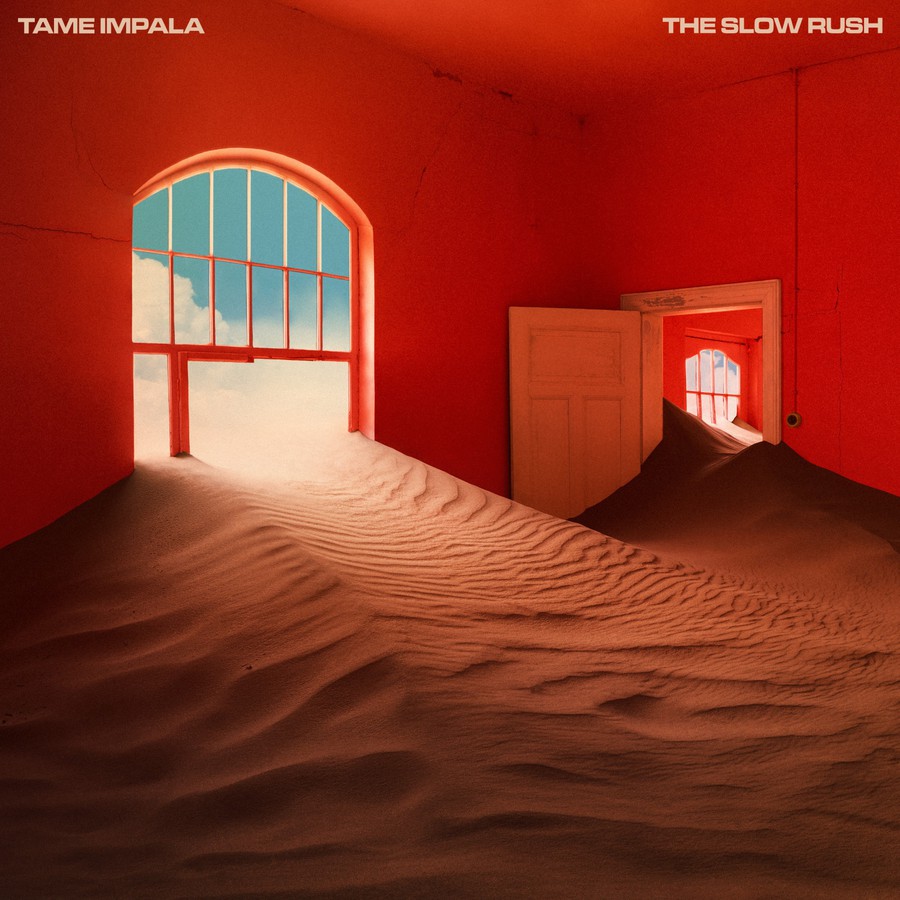 Courtesy of Consequence of Sound

Five years is a long time in the music industry—just ask Kevin Parker. The driving force behind Tame Impala has catapulted into the spotlight since the release of the critically successful Currents  in 2015, rubbing shoulders with the likes of Mark Ronson, Lady Gaga, Kanye West, and Travis Scott in this intervening period. Rihanna even covered Currents’s “New Person, Same Old Mistakes” in 2016’s Anti. Parker has certainly come a long way from fiddling with studio gear in his bedroom, now finding himself to be a bona fide superstar. The Slow Rush, Tame Impala’s much-awaited follow-up to Currents, cements his position as perhaps one of the best producers alive, and makes the five years well worth the wait for fans old and new.

Time is Kevin Parker’s main anxiety on The Slow Rush, and he grapples with this anxiety almost in real time throughout the record. In “On Track” about halfway through, he laments about how he has yet to finish the album on schedule, even though “I know it’s nearly August.” Like the best of Tame Impala’s previous records, The Slow Rush offers the listener a window into Parker’s introversions and anxieties—we move with Parker in an arc throughout the record, from his carefree optimism in “One More Year” (“If there was trouble in the world, we didn’t know”) to his circumspect retrospection in “One More Hour,” which concludes the record. Parker’s lyrics have never lent themselves to great poetic quality or profundity—here, this is a strength, as he refuses to dress this slow devolution up in any artifice beyond the music.

It is not as though Parker has not engaged the theme of time before. Much of Tame Impala’s back catalog makes reference to the alienation and fear of stasis in the face of change (“My world is turning pages/ while I am just sitting here”). However, superstardom places him in a curious predicament with an added urgency; he can operate on his own timeline as a musician independent of pressure from any big label, yet also invariably holds himself to impeccably high standards that place him in bouts of creative paralysis. This has been the central ambiguity that has blighted the release of this record, which was originally slated for a summer release last year before Coachella but was repeatedly delayed as Parker tinkered with the album’s sound. Some of the final product reflects this almost neurotic obsession with perfection—“Borderline,” released last April as a single, underwent a minor facelift in the record version, with a slightly heavier bassline and almost infinitesimal changes to instrumentation elsewhere. “Patience,” released last March, failed to make the cut at all.

This is not to say that obsessive perfectionism is a wholly bad thing; For the most part, The Slow Rush is all the stronger for it. Every single sound in the record seems as though it has been mulled over a thousand times in Parker’s head. And there are so many types of sounds, too—Parker delves deep into genres as wide and varying as house, Philly soul, and R&B to construct a sonically textured record, with almost unerring execution. Consequently, some of the standout tracks on the record are extremely different from the foggy psychedelia of InnerSpeaker (2010) and Lonerism (2012) that first shot Tame Impala to repute. “On Track” is an arena-friendly ’80s pop ballad with a piano backbeat that would not sound too out of place in a Whitney Houston record, whereas “Glimmer,” barely clocking in over the two-minute mark, is a successful experiment in constructing an infectious acid house beat. The very best of the record mixes these influences with Parker’s idiosyncratic production style—“One More Year” mixes a conga-infused techno-house beat with a “Gregorian robot choir,” a layered-up, slowed-down audio clip of Parker saying the title of the track. Parker’s knack for production ensures that The Slow Rush finds life beyond an eclectic, esoteric set of musical references and truly thrives as its own product.

Perhaps the only criticism one can level against a record that sprawls across such an expansive set of genres and sounds is that The Slow Rush sinks at times into triteness and lacks the airtightness of both Lonerism and Currents. Some of the tracks suffer from over-articulation, as Parker shows his hand just a little bit too much. “Posthumous Forgiveness,” in particular, almost overstays its welcome in its two-part structure, as it modulates from funk-infused psychedelia to down-beat pop within a single track. However, these moments of disjointedness are few and far between, and come as natural territory for someone who takes as many creative risks as Parker does.

Parker has previously said that he wants to be a Max Martin–type producer. The Slow Rush is not going to push him into mainstream sugar-pop territory, but perhaps it is all the better for that. This is the sort of record that will be equally at home at the United Center as at some grotty apartment party, and is definitely a sign that Tame Impala will be sticking around for a long time.