Reopening for the Right Reasons

The University of Chicago should make its decision about opening campus for the fall quarter based not on its bottom line, but on its status as a South Side anchor institution. 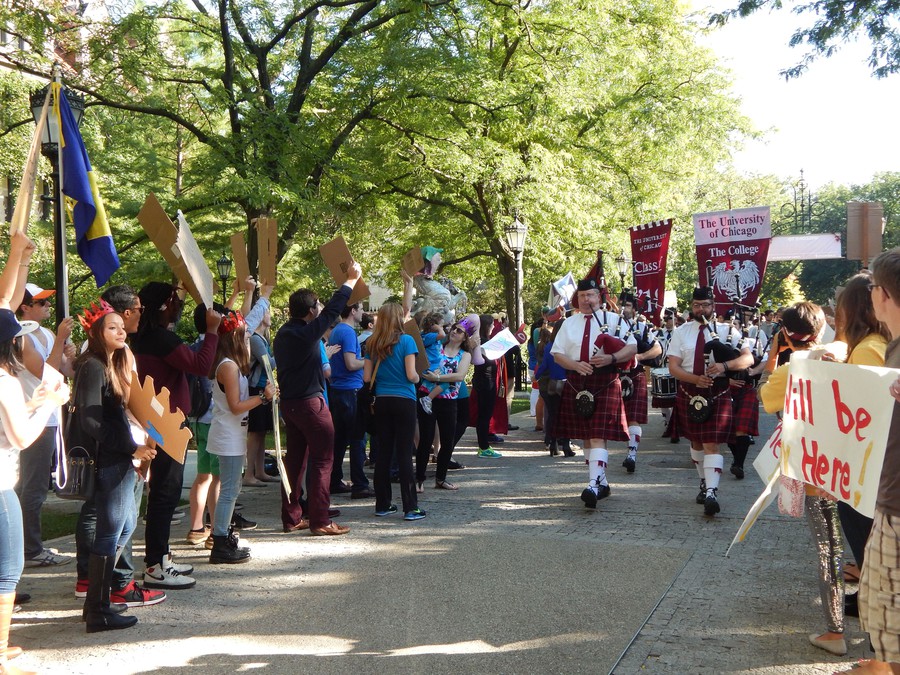 In the opinion pages of The New York Times, Brown University president Christina Paxson laid out the case for reopening college campuses in the fall, arguing that “higher education will crumble without it.” Paxson’s column has generated widespread discussion about the implications of schools doing all they can to open in the fall. While The Maroon ultimately agrees that universities, including the University of Chicago, should make every effort to reopen in the fall, Paxson’s argument emphasizes narrow financial concerns without considering the broader role of the university. Universities should reopen, not only for their own sake but for the sake of their employees and communities.

There’s no question that universities are in a financially precarious situation. 64 percent of college presidents indicated that they were concerned about their institution’s “long-term financial viability” in an April survey. In The Chronicle of Higher Education two weeks ago, admissions consultant Madeleine Rhyneer compared the impact of the pandemic on universities to the literal impact of the asteroid that wiped out the dinosaurs.

But Paxson’s opinion piece is also notable for who it doesn’t prioritize: Faculty appear once, in passing, while the word “staff” doesn’t appear anywhere. Her conception of the university focuses narrowly on tuition-paying students, with little regard for the university’s role as either an employer or a community anchor. While CDC data on deaths and hospitalizations suggest that young people face a vanishingly small threat from COVID-19, the same is not true for older staff and faculty. It’s clear that any return to campus in the fall would require extensive changes to university life.

If colleges reopen in the fall, the frequent and widespread testing that Paxson calls an “absolute prerequisite” must extend to staff and faculty, as must the contact tracing programs she advocates. Large lecture classes may remain online or in a hybrid format, the layout of dining halls and libraries may have to be arranged to accommodate social distancing, and masks may replace AirPods as the fashion accessory of the season. (Some other institutions may also consider limiting or prohibiting fans at athletic competitions, though that is thankfully not a concern at UChicago.) While it may be a bit more social than Zoom, next fall is likely to feel different from the traditional campus experience.

Though the challenge of reopening may appear daunting, reopening in the fall is an absolute necessity for the staff who depend on the University for their livelihoods. While the University of Chicago took the generous step of paying contracted staff through spring quarter, it seems highly unlikely that a university that has had to furlough hundreds of medical staff and has just announced a university-wide hiring and salary freeze will renew these contracts if there are no students on campus in the fall. Some peer institutions have gone further: Washington University has furloughed 1,300 staff, while Stanford’s medical center has announced pay cuts in addition to furloughs. A virtual fall quarter for the University of Chicago would likely mean further pay cuts and layoffs for the more than 20,000 faculty and staff who depend on a functioning university to pay their bills.

More broadly, failure to reopen in the fall could spell doom for local communities that depend on the University to sustain their economies. The University of Chicago is the largest employer on the South Side; as a result, the effect of pay cuts and furloughs will ripple out to surrounding community areas, an additional burden for neighborhoods that are already disproportionately affected by COVID-19.

The University is also the largest landowner in Hyde Park, and many neighborhood businesses (including many of the University’s commercial tenants) are dependent on revenue from students. If classes are only offered online, there will be no reason for students to return to Hyde Park—which means no buying groceries at Hyde Park Produce or Valley of Jordan, no ordering takeout from Valois or the Med, and no shopping at the Silver Umbrella or First Aid Comics. A poll from the U.S. Chamber of Commerce found that more than one in five small businesses is within two months of closing permanently; in a community as dependent on a university as Hyde Park, that number is likely far higher.

It’s unclear whether reopening will be viable in the fall; Pritzker’s five-phase plan for the state’s reopening only permits universities to open in phase four, and there’s no guarantee that Illinois will be deemed to have reached that phase by the time classes start.

Despite that uncertainty, the University has announced that it intends to make a decision on fall quarter by the end of June. In making that decision, they should not solely consider the University’s bottom line. Instead, administrators need to consider every role of the University, not merely as an institution of higher education but as a major employer and community anchor.