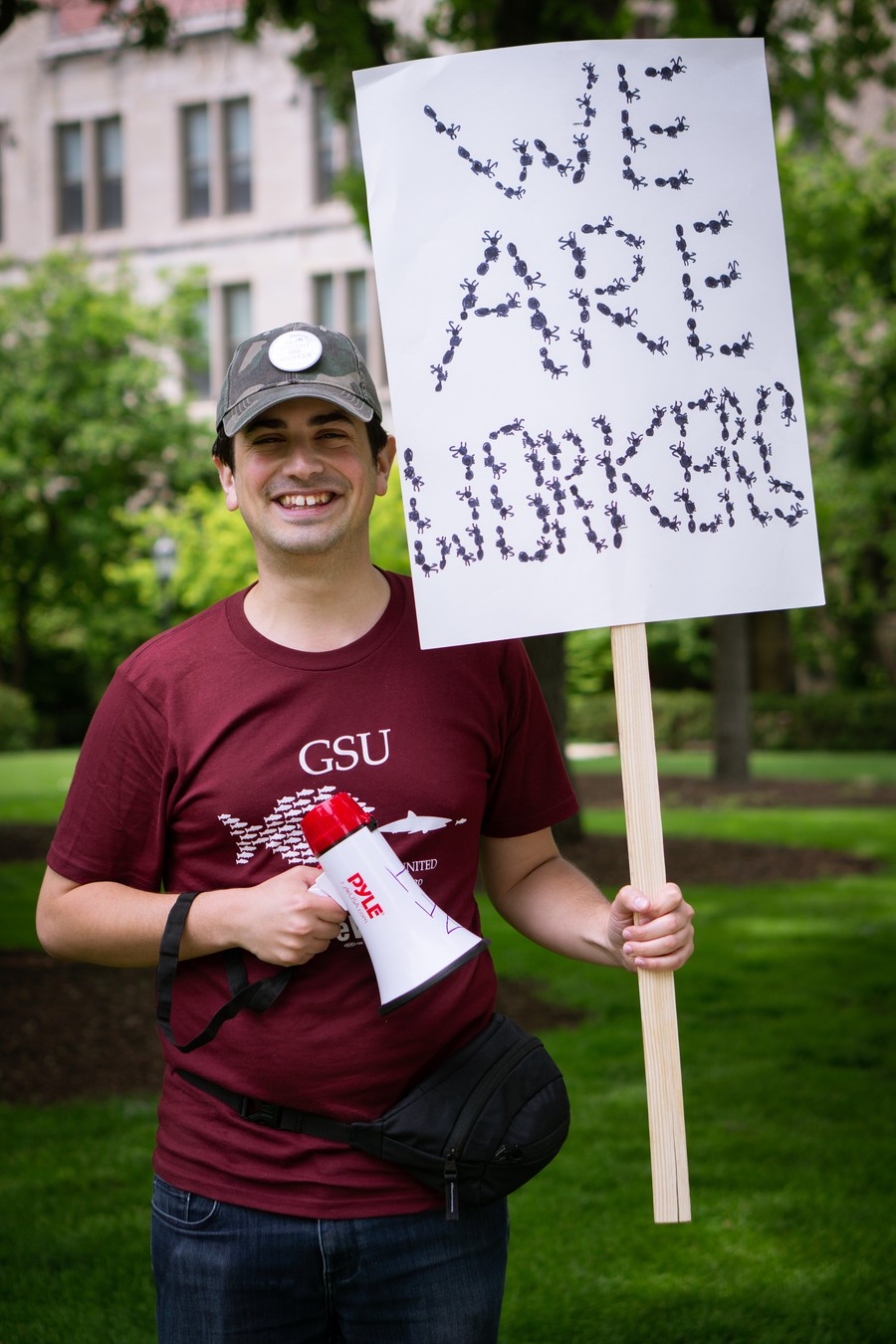 Graduate Students United (GSU) is planning strike action on June 3, the last day of spring quarter classes. The resolution, passed by GSU’s Steering Committee (its day-to-day decision-making body) last Tuesday night, calls for graduate students who teach and TA classes to stop work for the day and hold a teach-in instead, which will feature a series of panels from 10 a.m. to 6:30 p.m.

The resolution states that the action was planned as a consequence of the University’s lack of response to two GSU petitions. The first demands pandemic relief measures such as one-year extended time-to-degree, $4,000 relief grants for all graduate students, and extended visa sponsorship for international students. The second addresses the doctoral funding overhaul announced last October, which GSU says is “a threat to basic contract and employment protections for graduate workers across the university.”

The teach-in panels will cover topics such as GSU history, student-led organizing campaigns, the ongoing fight for a Community Benefits Agreement with the coming Obama Presidential Center, and the status of graduate student unions nationwide. GSU will partner with activist groups and other unions on campus and in the South Side Community, among them the UChicago Labor Council, #CareNotCops, the Reparations Working Group at UChicago, and UChicago for Fair Tuition.

For those who are unable to attend the teach-in, GSU published a reading list for the graduate labor movement and urged students to participate in mutual aid efforts benefiting Chicago Public Schools students and the Black Lives Matter movement.

While the demand for COVID-19 relief is the most immediate impetus for GSU’s labor action, the resolution situates the teach-in as part of organizing efforts addressing the funding overhaul that the union has undertaken all year, and notes that this action could help build the infrastructure for a possible escalation in the fall.

“GSU refuses to normalise UChicago’s abysmal pandemic working conditions. We propose this teach-in as a key intervention in campus-wide and Southside discourse about academic labour conditions and meaningful community support,” the resolution states.

“This teach-in will be a culmination of a year-long organising effort in GSU to respond to the Funding Overhaul, demand minimal labour protections in light of Covid-19, and fiercely assert our collective right as graduate workers who deserve better working conditions.”

Amid protests sweeping Chicago and the nation calling for justice for Black people harmed by police violence, GSU copresident Kit Ginzky said that GSU sees its organizing as part of a much larger response to racial oppression in the University community, and has called for the abolition of the University of Chicago Police Department.

“The teach-in will explicitly focus on the university’s harmful and exploitative relationship with the South Side and how our union, along with many community organizations, can best organize against this,” Ginzky said. “The same forces at the University which exploit workers are the forces behind our costly, private, militarized policing regime.”