A Queer Film That Doesn’t Do Things by Halves 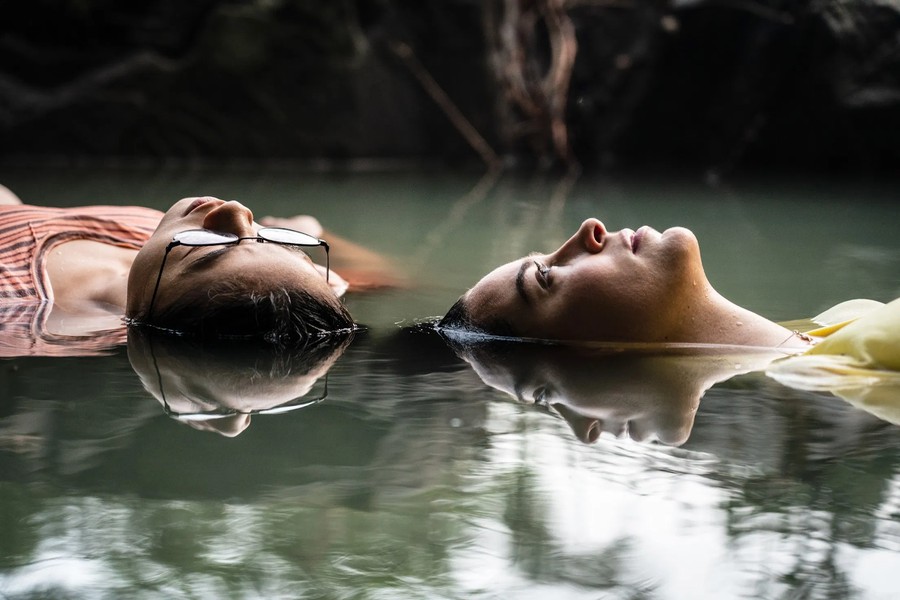 Leah Lewis as Ellie Chu (left) and Alexxis Lemire as Aster Flores in "The Half of It."

By Connie Guo   and Chong An Ong

I clicked on the trailer for Netflix’s The Half of It while bored in quarantine, and I was actively disinterested in the first half: Dumb jock (Paul) asks quiet nerd (Ellie) to help impress pretty girl (Aster), and the unlikely couple in the trio falls in love instead. In other words, the same, tired Cyrano de Bergerac story, rehashed just two years ago in two movies of the same genre—Sierra Burgess is a Loser (2018) and Old Boys (2018)—with Half’s Asian immigrant inclusion feeling like an obligatory, “diversity”-conscious twist on the heels of productions like To All the Boys I’ve Loved Before (2018). It wasn’t until the second half revealed a twist—that the unlikely couple is the queer one—that I suddenly became a lot more interested. By spotlighting a female/female romantic pairing while equally exploring a male/female platonic friendship, the trailer sets Half up to be a much more interesting subversion of the clichéd teen rom-com.

To my further, pleasant surprise, Half easily lived up to those expectations and more by keeping up a stream of entertaining storytelling over the course of its 105 minutes. Director Alice Wu opens Half with a retelling of the classic parable from Plato’s Symposium, which tells how humans were once conjoined couples that the gods cleaved in two, leading to all our incessant searches for our other halves today (the “half” to which the movie’s title alludes). It’s a tale repeated so often that the movie risks immediately coming off as trite, but Wu retells it through a charming mix of computer and stop-motion animation that manages to keep the parable on the right side of quaintly charming and sweet, while simultaneously seeding key visual motifs. Half sustains this visual inventiveness throughout its length, with another standout moment coming in the movie’s second act, when Ellie (Leah Lewis) and Paul (Daniel Diemer) realize they need to gather more intel on Aster (Alexxis Lemire) to keep up their ruse. Wu shoots the ensuing montage in the style of a classic heist, reimagined for the familiar tropes of a teenage rom-com. This particular artistic choice achieves multiple effects at once: It keeps things visually fresh, delivers character exposition in an entertaining and efficient way, and, most importantly, deepens the central relationship between Ellie and Paul, which allows us to develop an emotional investment in their characters.

The movie sings when it focuses on the Ellie/Paul duo and treats them seriously as flawed, real characters with a flawed, real relationship. Paul is the comedic one of the pair. Diemer nails the endearing—yet not saccharine—-delivery of his character’s big golden retriever energy (“Taco Sausage” is a running gag I didn’t know I needed in my life). Ellie is effectively underplayed by Lewis as a wallflower who has felt shut out of the party for her entire life but nonetheless retains a sharp sense of observation and dry wit, which makes for an easily watchable chemistry with Diemer’s portrayal of Paul. Wu grounds this chemistry in smaller interactions that feel specific and keenly observed, with moments such as their shared bonding over Yakult (an Asian yogurt drink), or Paul offering to pick out clothes for Ellie at a thrift store. By giving the central platonic relationship arc these smaller moments to breathe, Wu allows for larger plot beats, which might otherwise feel more clichéd and obligatory, to instead feel more grounded and earned.

On the other hand, Half’s handling of its Asian-American-slash-immigrant perspective comes off as a mixed bag. Overall, this aspect of Ellie’s experiences feels like a subtle touch to Half’s story, never feeling as if it was shoehorned in and usually emerging organically from dialogue and the characters’ interactions with the world. Wu, for example, contrasts Ellie’s exceptional essay-writing abilities with her father’s halting English communication skills, a juxtaposition that resonates with the kind of universality that can only come from specificity. But at the same time, certain scenes with Ellie’s father come off as too forced for the purposes of the script, such as when Ellie’s father delivers a key monologue to Paul near the end of the movie somewhat bizarrely in Mandarin.

This misstep in characterization extends outside Half’s central trio, with most of its supporting cast barely glossed over as caricatures. While this might be the trade-off of getting to spend more time with our central cast, this lack of worldbuilding robs Half of a sense of being grounded in a lived-in world. This is especially true of Aster’s boyfriend, who is so blandly clichéd I can’t even remember his name. The movie further falters in its depiction of Aster outside of her role as love interest to Ellie and Paul. Wu’s script, for example, seems to conveniently ignore the problematic issue of her repeated infidelity to her boyfriend as she blithely goes on dates with Paul without repercussion. More egregiously, Wu only vaguely hints at Aster’s incipient bisexuality. The movie’s sole Ellie/Aster scene never directly addresses the queerness of either character; and Ellie, an exceedingly rare queer-POC-female lead, sees her arc close not with romantic fulfilment, but with her departure for college, the prospect of romantic fulfilment punted off to a hazy, rose-tinted future. While this ending may have been more “realistic” to the story’s conservative small-town setting, and the movie was self-aware and upfront about it “not being a happy love story,” Wu’s decision to end her story in this way nonetheless feels like at best a missed opportunity, and at worst another example of bait-and-switch in a long line of movies that fundamentally sideline their lead characters’ queerness.

These flaws are not negligible, but they do ultimately feel like nitpicks in a movie that, as a whole, was way better than it had a right to be. In a time of entertainment saturation, it can often feel like there exists a mutually distinct separation between “highbrow” shows of genuine artistic value and “low-brow” shows that are only meant as guilty pleasures. With its combination of uniquely and well observed storytelling perspectives, Half feels like the rare movie that manages to capture the feel-good factors of both.