A review of the Lutheran School of Theology at Chicago's Refectory. 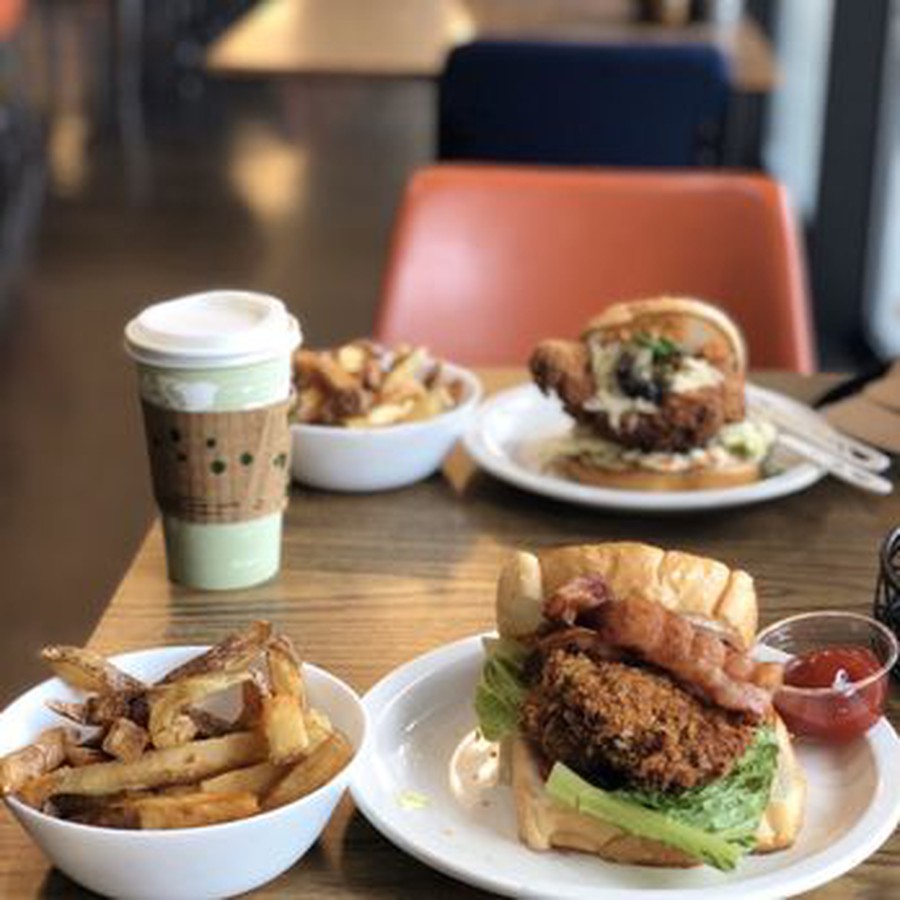 A selection of options from the LSTC Refectory menu.

“Refectory.” It’s not a common word. It sounds like “refractory,” which sounds like it means the same thing as “refractive,” which is a very technical term indeed. And so, what horrific Lovecraftian development was the LSTC Refectory, which sounds like a government lab in a science fiction novel—all acronyms and difficult words—but which Yelp claimed to be the best restaurant in a five-mile radius?

Then I learned that it was not a refractory, but a refectory—a religious eating hall—and that LSTC is short for the Lutheran School of Theology at Chicago. This is about as far from science fiction as you can get, unless you get rid of the word “science” and are looking to pick a fight with some theologians. Luckily for you, the Refectory is a good place to meet them, and they’ll likely be in a better mood than if you’d caught them at, say, Arby’s. (I also learned that “refractory” may sound technical, but it just means stubborn).

So, I trekked there—it’s right across the street from North—and I learned that Yelp was right. If I’d known about it first-year, I don’t think I would’ve made it to Baker once. When I stepped in, I was worried at first. I was in a religious building, which isn’t exactly home base for me, and the furniture seemed to be on loan from whatever depot carries the chairs used in public high schools. You know the ones: plastic bodies and steel legs. But my worries that the food would be similarly academic abated when I saw the menu. Bánh mì! Po’boys! Cemitas! All served with fries! All under $13! (They have a huge array of dishes you would never expect to be served at the same restaurant, from tacos to bibimbap to fried shrimp, but I will be focusing on the sandwiches).

I got the crab cake BLT, while my friend got the shrimp bánh mì. Loaded with bacon, lettuce, tomatoes (hence the name), and not one but two crab cakes, it was, as Guy Fieri would probably say, a serious sandwich. But I was in for a surprise. Despite being called a BLT, not a BLAT, the sandwich was covered with slices of avocado. It was a very good sandwich. 10/10. They didn’t use too much mayonnaise, which may be a first in Chicago history. I’ve been served mayo on pizza in this city.

The next time I was there, I got the shrimp bánh mì, but was in for another, much less pleasant surprise. Class was soon, so I resolved to eat in Hutch Court. As I opened the box, imagine my surprise as the first wasp landed on my fries, followed by another. And another. It was all I could do to grab my sandwich from the box as wasps swarmed the unfortunate dish. And so, trailing loose shrimp and globules of mayo (this sandwich did have way too much mayonnaise, but it’s Chicago, what do you expect? It was otherwise really good), I ran across the quad, pursued by wasps. Apparently, they love shrimp. Or potatoes. However, I soon learned that potatoes didn’t love them back, as the wasps were themselves snatched in the grasp of tragic irony. Metaphorically. Literally, they were so bogged down by falling sandwich residue that they were left unable to fly. I think their wings were covered in mayo? Karma. Anyways, I shut the box up very securely and cast them back into the trash can from whence they came. Overall, a 10/10 sandwich.

I had the Cemita Puebla once too, but I wasn’t very hungry. It was pretty good though. Very crispy. I’m sure it would’ve been a 10/10 if I’d been up for it.

Point is, the dining halls average out to $15 per meal swipe, and the LSTC Refectory costs less money for better food, so you should never go to the dining hall again. There’s just one catch—you might have to sleep at some very strange hours. The one blemish on the Refectory’s otherwise unparalleled record? It closes at 2 pm.