“We are experiencing an existential crisis”: Faculty Letter Calls for Increased Safety and Security Actions in Hyde Park 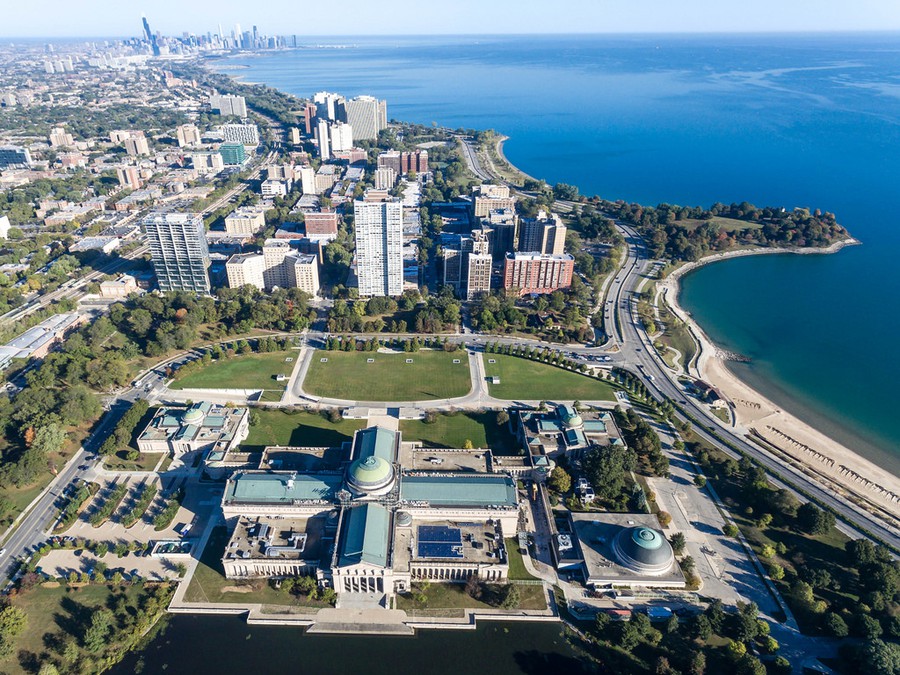 In a public letter sent to University president Paul Alivisatos and Provost Ka Yee Lee, over 300 faculty members called on the University administration to make anti-violence a top priority, urging a larger border of University of Chicago Police Department (UCPD) jurisdiction and increased surveillance and security guards in Hyde Park, among other recommendations.

The letter cited the fatal shooting of recent graduate Shaoxiong “Dennis” Zheng last Tuesday, as well as the shooting-related deaths of University students Max Solomon Lewis in July and Yiran Fan in January, as “serious problems of violence” around campus that warrant immediate action from the administration.

“We are no longer certain if our campus allows students, staff, and faculty to study, work, and live safely. We are experiencing an existential crisis,” the authors wrote. They added that the recent incidents have negatively affected the University’s reputation and will hurt its ability to attract and retain students.

Specifically, the signees called for the university to “enlarge the borders of UCPD territory to Hyde Park neighborhood.” According to the University’s Department of Safety and Security, UCPD’s primary responsibility is patrolling the University of Chicago campus. UCPD already serves a “supportive role” to the Chicago Police Department (CPD) in the extended off-campus area, including south to 64th Street, north to 37th Street, east to Lake Shore Drive, and west to Cottage Grove Avenue. This area covers all of Hyde Park, Kenwood, and part of Woodlawn, among other South Side neighborhoods. On campuses, University properties, and contiguous public property, UCPD held the power of municipal peace officers.

In a public safety webinar on Thursday, November 11, Alivisatos, Lee, and Vice President of Safety and Security Eric Heath pledged to install CPD Police Observation Devices (POD cameras) around Hyde Park starting this Tuesday. They also said that both UCPD and CPD would temporarily increase the number of patrols in the areas surrounding campus.

In addition, the faculty demanded increased transparency and “accountable police policies,” calling on the university to release quantifiable goals for its new safety measures and establish a designated committee that oversees the implementation of such strategies and communicates with the public about the progress towards those goals. According to the authors, the University should produce a final report for each “gun robbery [and] other crimes that have occurred on campus.” “Criminals need to be identified, arrested, and sentenced,” they wrote, arguing that it is “essential to rebuild public trust.”

A suspect in Zheng’s murder, 18-year-old Alton Spann, was arrested and charged with first-degree murder on Friday, three days after the fatal shooting. He was located by POD cameras the day after the murder, CPD said. The bail for Spann was denied on Saturday, the Sun-Times reported. Spann’s case will be heard on Friday, November 19.

In the letter, the faculty demanded justice for Zheng, emphasizing that the University should share the progress of the criminal case with the University community and support Zheng’s family during this time.

Zheng was from China’s Sichuan province and graduated from the University of Hong Kong (HKU) before he started at UChicago, where he earned a master’s degree in statistics. His mother, who has never been to the U.S. before, will arrive in Chicago on Wednesday, November 17, according to a public letter she wrote. Her travel came after an expedited passport application process with the help of the Chinese American Association of Greater Chicago. According to the alumni association at HKU, which had been fundraising for Zheng’s family, the University of Chicago agreed to cover all expenses for the Zheng family during their stay in the United States.

The authors also stressed that the University should “engage with the South Side community” to come up with a “quantifiable” long-term plan to address violence in the area.

The Maroon has reached out to two faculty members who signed the letter. One of the signees declined to comment.

The letter is not connected to a rally with the slogan “We are here to learn, not to die,” which was organized by students and will be held on Tuesday.