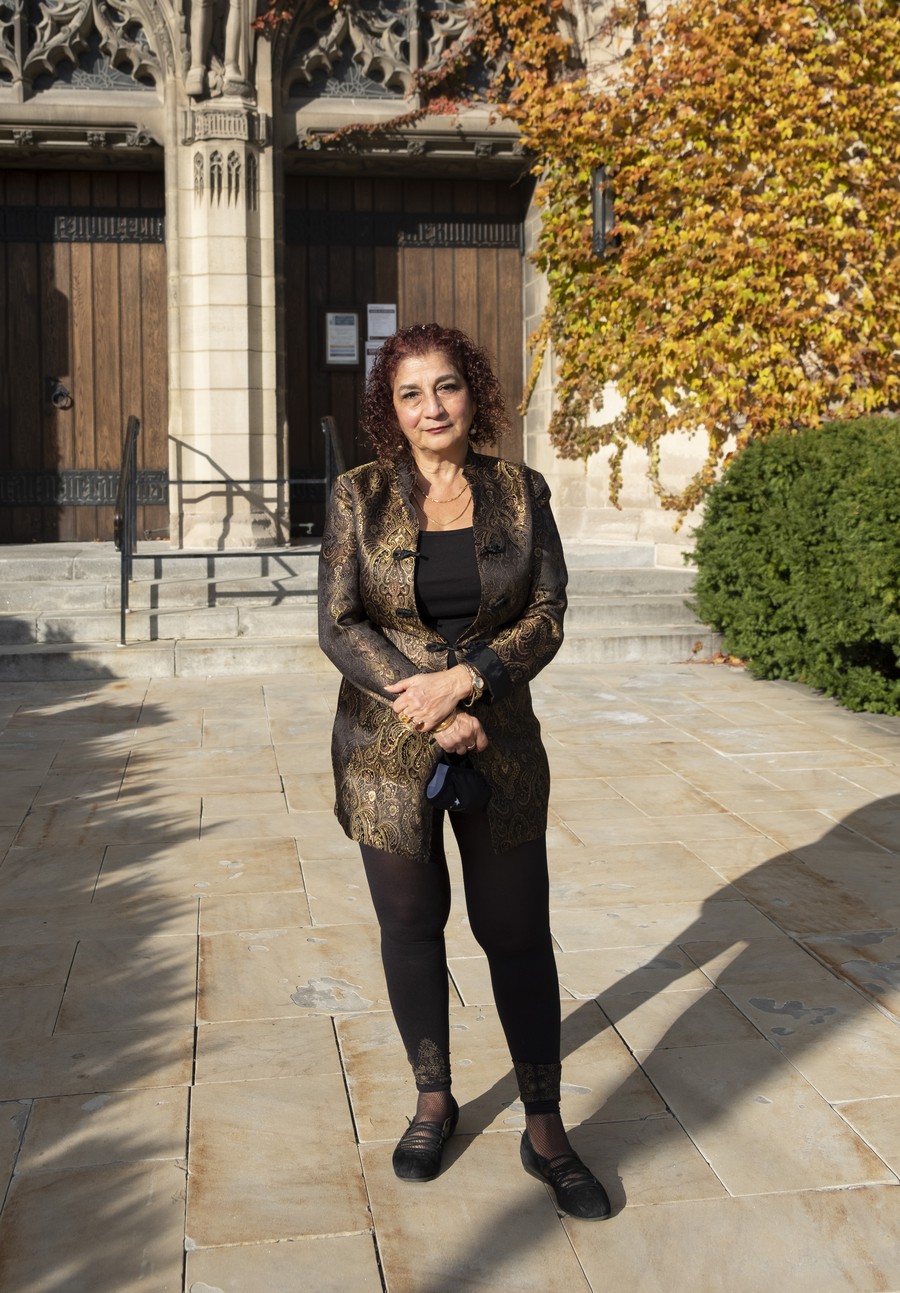 Saba Ayman-Nolley first feared for developing countries as COVID-19 began rapidly spreading across the world last year. Ayman-Nolley is the president of the Hyde Park and Kenwood Interfaith Council, which oversees community food banks and refugee aid projects. As the coronavirus made its way to Chicago in March, she was increasingly concerned about its impact on her own community and the people she serves. She is sociable and typically energetic, but the responsibilities and fears of late have taken a toll on her.

“I think you would have to be scientifically blind not to be frightened. I always get concerned worldwide, because I know how often this hurts developing countries and communities in need. So I had that kind of fear,” Ayman-Nolley said.

Ayman-Nolley’s father, whom she and her sister help care for, is 90 years old. In the early days of the pandemic, she described the experience as “intense.”

“[My sister] moved in with my father. We all live next door to each other, and my sister and I share the care of my father. She’s the primary caregiver. But then, my sister fell in the kitchen and called me, and there was no choice—I had to go over there, I had to pick her up. I had to put stuff on her arm and finish cooking the dinner she was cooking,” Ayman-Nolley said.

Ayman-Nolley also had to manage her adult children’s exposure to the virus. She describes the conversations they have about who to see and how to stay safe. She and her adult children, who live nearby, did not meet in person and exchanged food by dropping it off outside the door. Her daughter moved in with Ayman-Nolley and started showing symptoms, adding to the anxiety.

“It feels very strange when your own adult gets out of a chair. And then you go with an alcoholic wipe and clean everything she touched on the chair because she was sick. I continued to apologize to her and she finally got tested, but it was an early time. Those tests were taking weeks to come back. So I was scared to hear. We waited two weeks or more; I cannot remember how long it went on, but I was afraid,” Ayman-Nolley said.