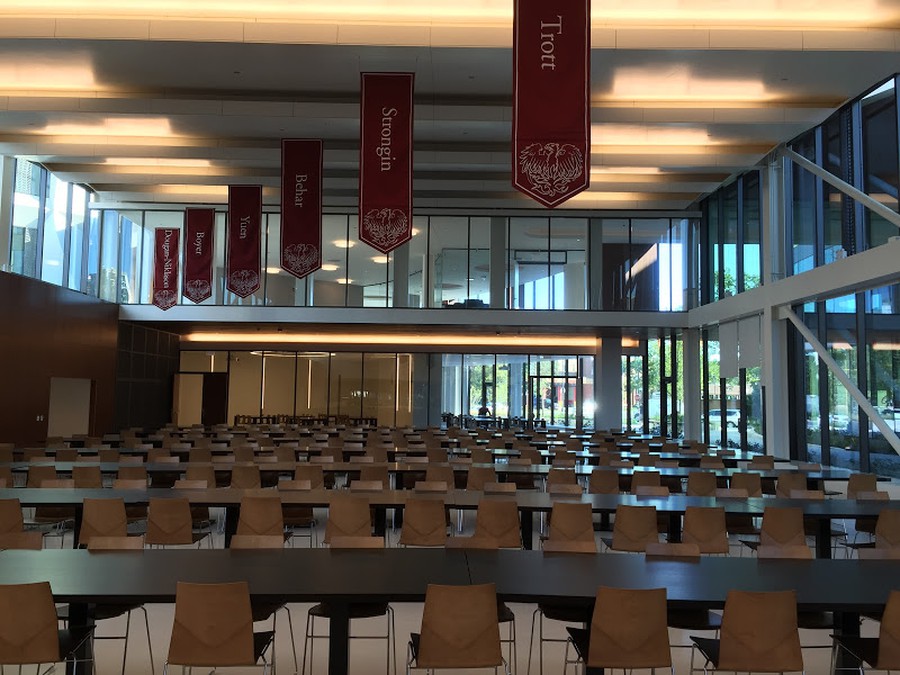 “Chartwells has pledged to partner with UChicago Local and the Office of Business Diversity to procure fresh foods that are produced sustainably, with 30 to 40 percent of ingredients purchased from minority- and women-owned businesses and enterprises in our surrounding neighborhoods,” the email reads. The vendor was chosen with the help of Dining staff, Campus Dining Advisory Board, campus partners, and a 10-member selection committee after a months-long process which included vendor site visits, interviews, and reference checks.

According to Julia Brestovitskiy, a College Council representative for the Class of 2024 and the dining hall liaison, the student advisory board recommended Chartwells “because of the fact that they responded so well to student feedback and their promise to do more scratch cooking in the dining halls.”

Rasmussen and Mason also emphasized that there would not be layoffs of current dining employees, who would have the opportunity to discuss with Chartwells their plans to stay in their jobs. Chartwells also committed to paying all staff at the current rates.

In a statement sent to The Maroon, Fedele Bauccio, the CEO of Bon Appétit Management Company, said that the company “has been proud to serve the University of Chicago community.” The vendor has served the University community since July 2016, when it took over campus dining from food service provider Aramark. Chartwells and Bon Appétit are both owned by the Compass Group, a multinational food services company based in the United Kingdom.

“Chartwells Higher Education is excited to be a part of the University of Chicago community and create a premier food service program that emphasizes quality, made-to-order food, menu customization, variety, value, student success and forward-thinking innovations. We are committed to using sustainable practices and engaging with and supporting the surrounding neighborhoods and the city of Chicago,” a spokesperson from Chartwells said in an email to The Maroon.