A Look Into the Life of UChicago COVID-19 Testing Coordinator 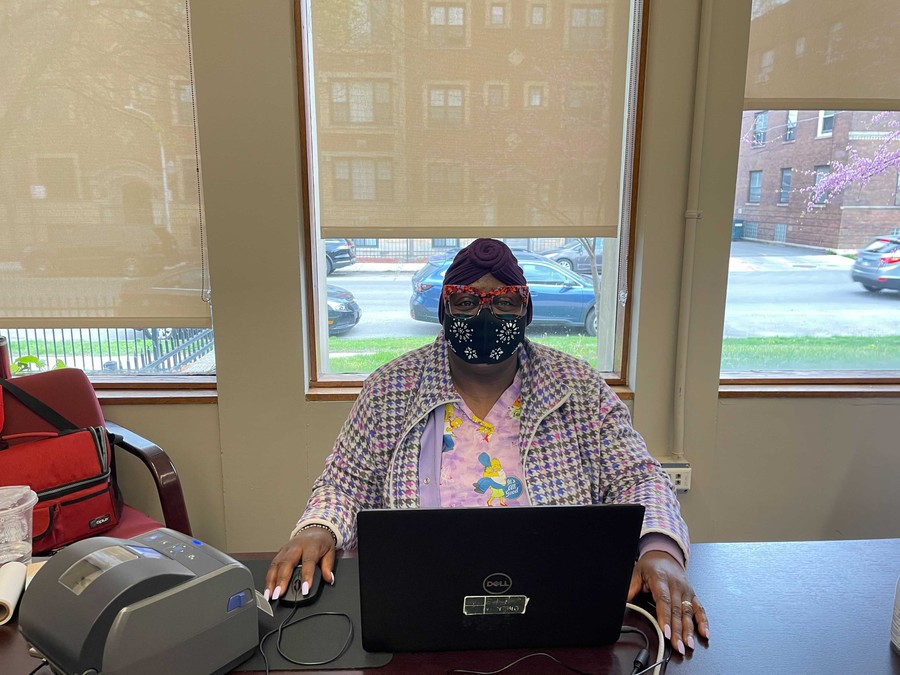 Carrol J. Banks, a Testing Coordinator for UChicago’s COVID-19 testing program, gives what she calls “the speech” to many students.

It starts when a student walks up to the check-in or the testing area, saying they’re nervous for midterms or finals. Then, Banks will pause and confirm a few facts with them––that they chose this school, knew the courses they could pick, had all the reading, and had hopefully studied. Once the student confirms these facts, she asks, “So what’s the problem?” She continues, saying that they have all the tools they need to succeed, and they can just do better and work harder next time if needed.

“I gave [one woman] the speech. I told her, ‘So you already know you passed [the test], right?’ She said, ‘I did? How did you know?’ And I said, ‘Because I know you.’ She said, ‘How do you know me?’ And I said, ‘I’m looking at your face, sweetie. You’re determined, you’re going to succeed in life, and it’s going to be okay.’ The tears started […] and [during] finals week she came back and she said, ‘I passed!’,” Banks recalled.

Banks has worked with UChicago’s surveillance testing program since it started last September. The Maroon was able to shadow her at the Woodlawn Social Services Center Depot Testing site, one of nine testing sites in UChicago’s program.

Before the pandemic, Banks worked as a Medical Assistant in Physical Medicine and Rehabilitation at Rush University for 15 years. After a wave of lay-offs at the start of the pandemic, she started working at UChicago in the Fall.

“You don’t want to say ‘Thank god for COVID because it put me to work,’ […] because who wants to thank god for hundreds of thousands of deaths and illnesses? I'm just grateful to be working. It just so happens that I'm working in the COVID era,” she said.

According to Banks, the hardest part of her job is dealing with changing policies, not just across the weeks, but also among the various testing sites. She said that this problem could be improved with better communication across the program, from having more group meetings to getting supervisors on the same page.

“Even though the practice is the same, maybe [a] particular policy that was relevant last week is no longer relevant this week. Several other co-workers know [how to do things] one way and you know it a totally different way […] Consistency should be the level of excellence that we're trying to reach,” Banks said.

Banks alternates between doing check-in and the actual testing, but usually performs the latter. She goes to a different testing location every day from 7:30 a.m. to 4 p.m., four days a week. Despite her shifting schedule, Banks easily builds a rapport with almost every person she saw, from talking with them about current events to finding out the origin of their name.

Banks likes interacting with UChicago students. Although the work is repetitive, she said, the students keep it interesting. “I get a different student and I get a different life story […] a different culture in my seat,” she said.

When people come up for testing and she can tell that they’re not having a good day, Banks will call them over with a “How are you today, beautiful?” They usually say that they needed to hear that, to which Banks will respond, “Because you are beautiful. So you take some of that positivity and throw it in the air.”

The most rewarding part of her job is hearing from students that took her advice and their problems worked out.

“Because I’m a mom, I’m a sister, and I’m an aunty, even though I may not have raised you, you can steer somebody the right way with just the right phrase and a caring tone. You can alter their perception on life,” Banks said.