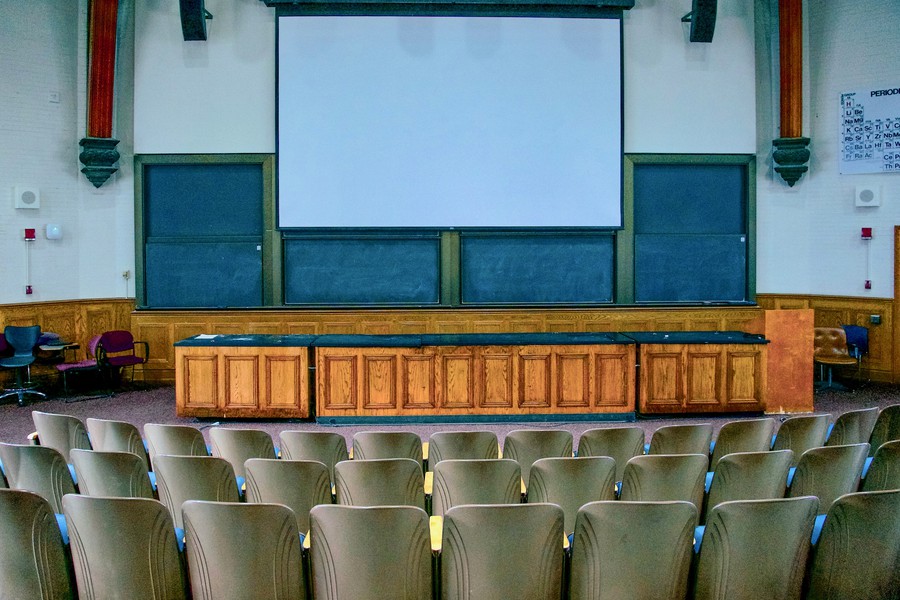 The largest lecture hall available to the chemistry department, Kent 120, does not have enough seats for the 300-plus students enrolled in Organic Chemistry.

After initially announcing an extension of the undergraduate stay-at-home order through April 21, Dean Rasmussen announced an early lifting of restrictions to begin on April 20 in an email to the University community sent late April 19.

As of 7 a.m. on April 20, the stay-at-home order currently affecting all students in the College will be lifted. All in-person classes and laboratory research are also slated to resume on Thursday April 22. Ratner Athletic Center will be open 7 a.m. to 1 p.m. on Wednesday April 21 with regular hours to begin April 22. College students still may not attend indoor or unmasked outdoor gatherings, however.

The announcement comes after consultation with experts at UChicago Medicine and the Chicago Department of Public Health by the administration in light of a 0.07% test positivity rate Sunday. One positive case was identified from 1,361 tests. The testing day for three dorms had been moved up so the University could assess the state of the spike in cases that began after Spring break.

Rasmussen’s email also warned students that non-compliance with COVID guidelines will continue to result in disciplinary action. “Some students already have faced serious consequences, including dismissal from on-campus housing and referral to area discipline, for clear violations of requirements before and during the recent stay-at-home period,” Rasmussen wrote.

Stay-At-Home Order to be Expanded to Cover Off-Campus Students, Extended Until Wednesday

A member of the Athletics Department informed the track and field team that the expansion follows a directive from the Chicago Department of Health and will be in place through next Wednesday.